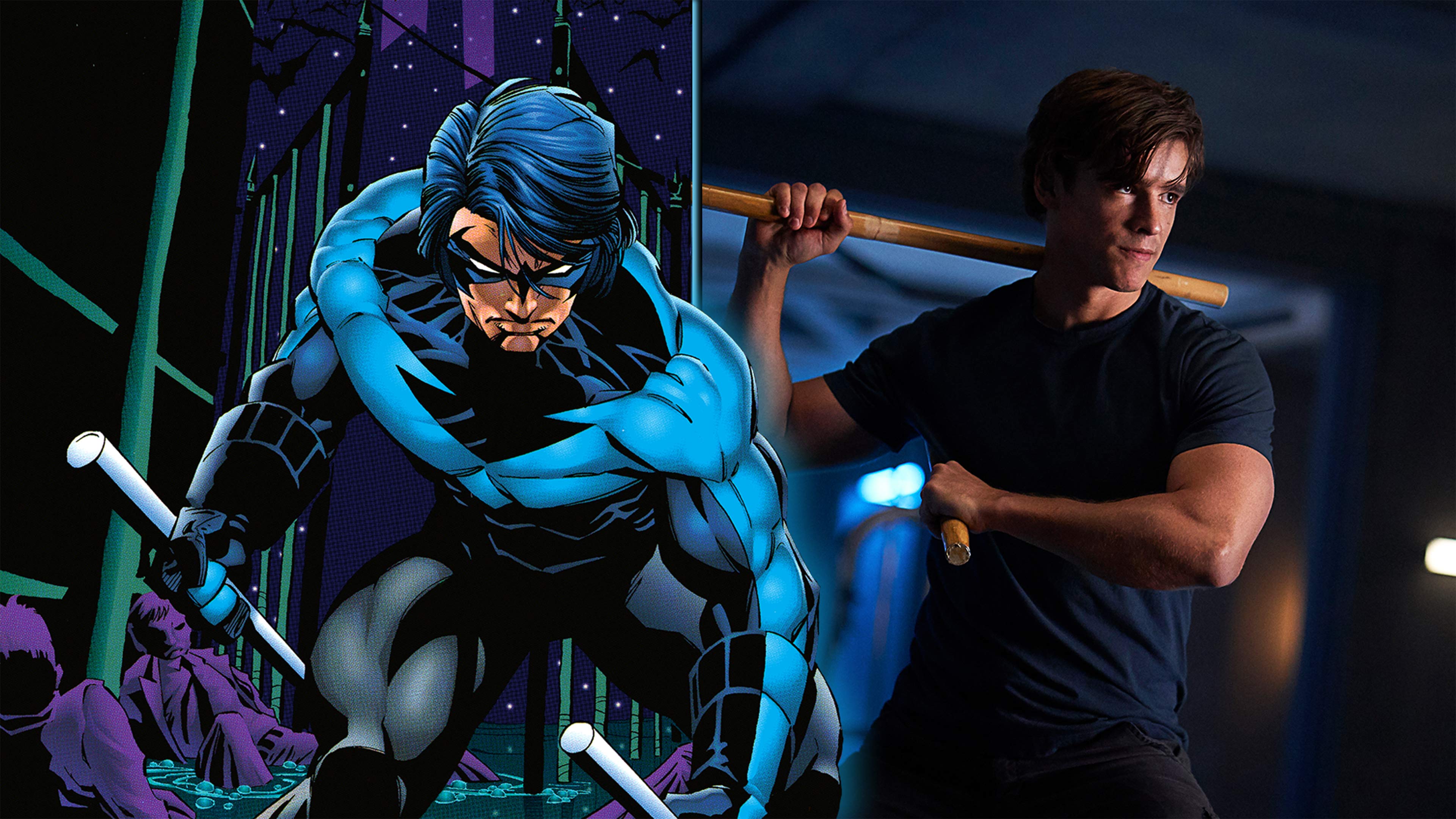 TITANS Night-Watch 10/31: Is This the Week that Dick Grayson Becomes Nightwing?

Is Dick Nightwing yet? Night Watch continues, as we eagerly wait for the moment where Dick Grayson dons his iconic Nightwing costume. Could next episode be the one? Will he embrace his destiny and give Wing-Nuts the moment we’ve been waiting for? Let’s examine all the evidence from “Jericho” and plug it into our trusty Wing-o-Meter.

* The latest episode was an extended flashback about the origin of Deathstroke. When did Dick become Nightwing in the comics? Immediately after an extended Deathstroke flashback in Tales of the Teen Titans #44. We brought this up last week, but it bears repeating.

* We got to see Brenton Thwaites in the Robin costume one last time. It was a great way to say goodbye to his original look, but now he needs something to wear when the series jumps back to present day. After all, he and Jason can’t wear the same thing.

* Justice for Jericho! If Jericho really is dead, he wouldn’t want Dick to sit around and mope. He’d want Dick to become Nightwing and set things right. Now is the time!

* The flashback taught Dick a few very important lessons about accountability. It’s time for Dick to take that knowledge and use it to become the most effective Nightwing we’ve ever seen.

* It might be in poor taste to put on a Nightwing outfit seconds after telling Jason about Jericho’s death. “So that’s how we accidentally got our friend killed. Anyway, check out my sick new costume, Jason!”

* The revelations from this flashback might have some consequences that Dick will need to deal with, which might keep him too busy to put on a Nightwing suit. When the Titans argue, they do it for a long time. Check out 2000’s The Titans #13 as an example. Dick better get comfortable, because this could take while.

* Conner is on the mend, Jason is on a ledge, and Rose is a ticking time bomb. How would Dick even find the time to make a costume?

* Dick got his name from an ancient Kryptonian legend (told to him in Nightwing Secret Files #1). Nobody has told him the story yet, and Conner doesn’t remember enough about Krypton to do it.

Let’s plug the evidence into our trusty Wing-o-Meter and see where the needle lands. 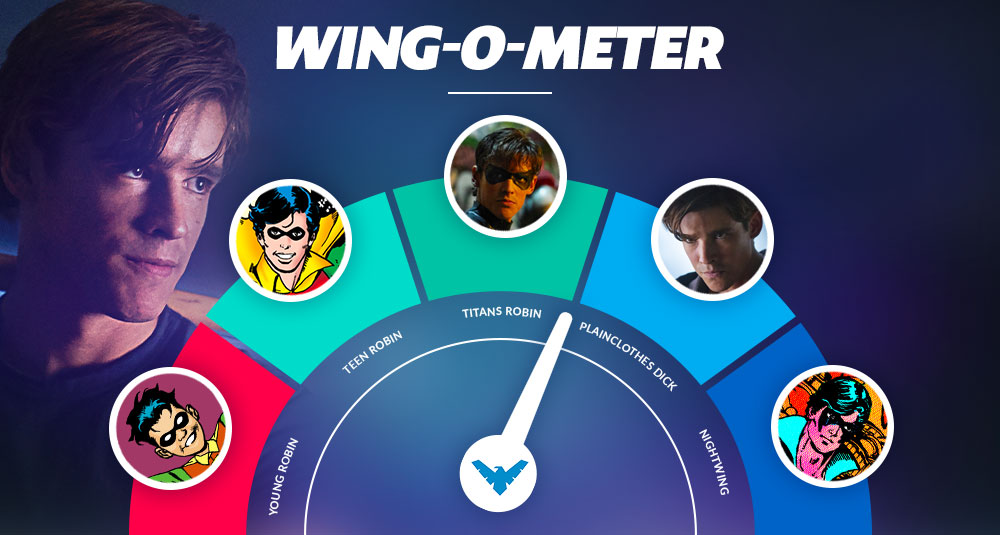 Interesting! We’re looking at a 60 percent chance of Dick becoming Nightwing this week, which is a 20 percent increase from last week. With the flashback story out of the way, the only place to go is forward, and all roads lead to Nightwing.

We’ve given our Wing-o-Meter the latest WayneTech software, so let’s see how accurate it is. Be sure to tune in to the next episode of Titans.

What are your predictions for when Dick Grayson will become Nightwing? Let us know in our Community!