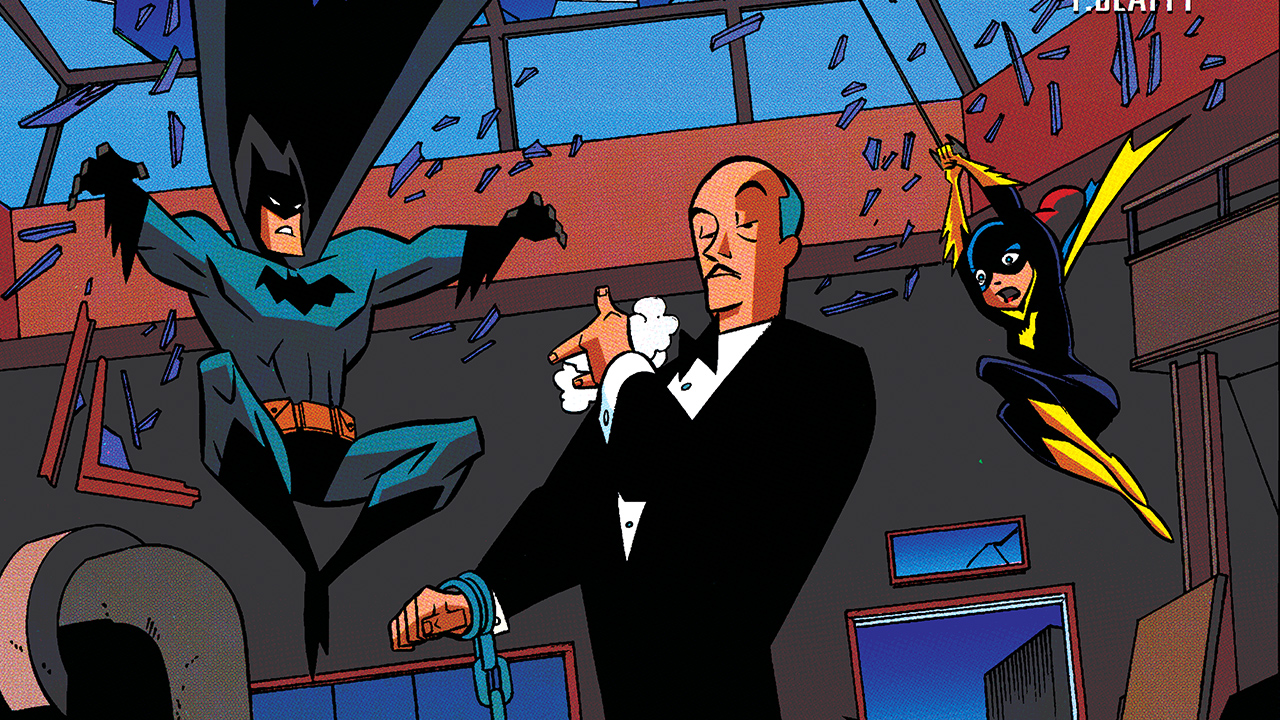 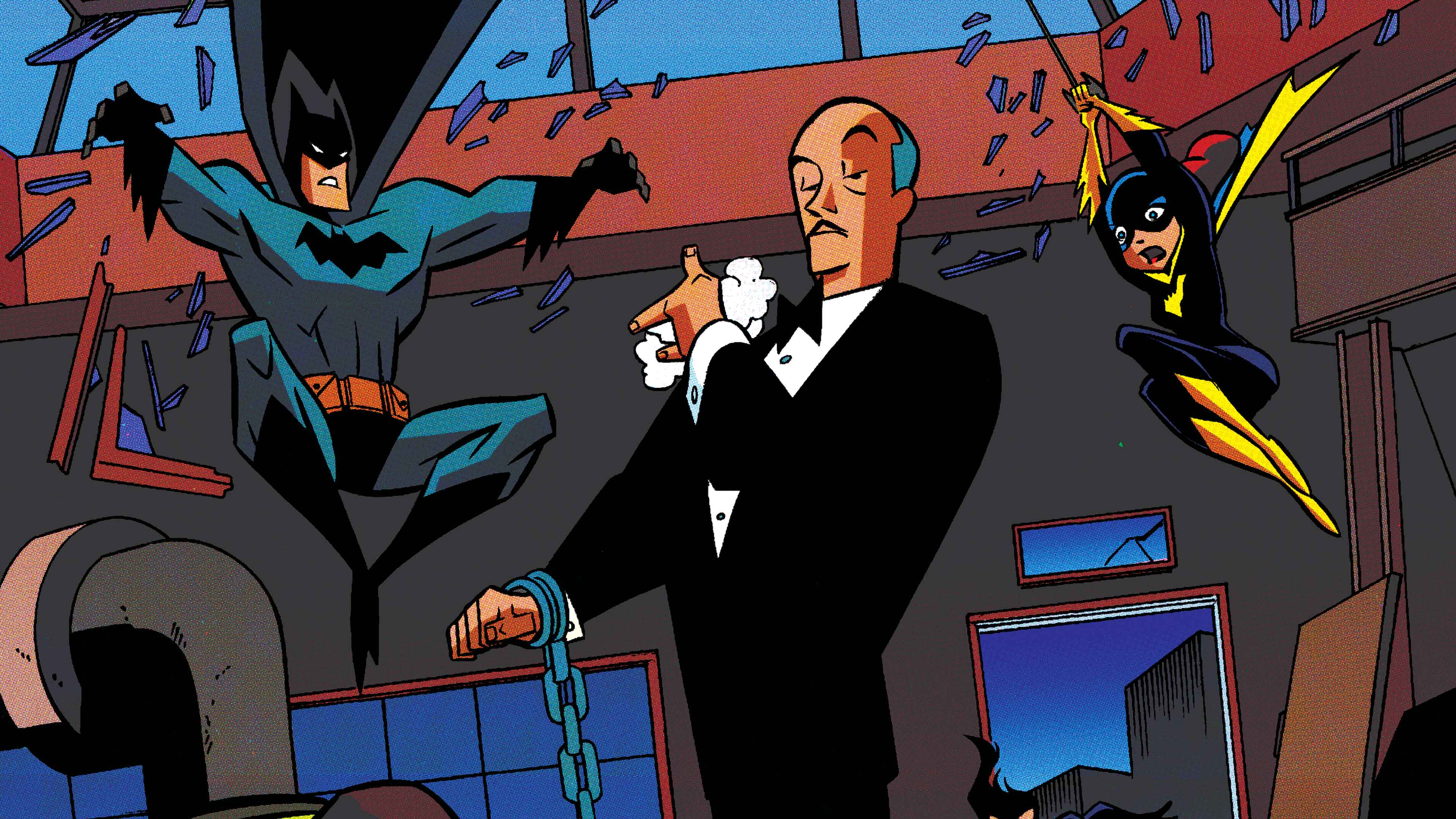 Alfred Pennyworth may be the most important person in Batman's life. Alfred is a trusted butler, trained medic, but mostly importantly, an all around sassy minx. In fact, Alfred is the only person who can get away with calling out the Dark Knight when he's behaving badly, or acting in a manner unbecoming a Wayne. It could be that Alfred's zingers are just the lighthearted tension breakers he needs to help him accept that the person he’s cared for his entire life is in danger every night. Or maybe Alfred's just totally over Bruce’s nonsense. Here are 5 of Alfred's best sassy moments! 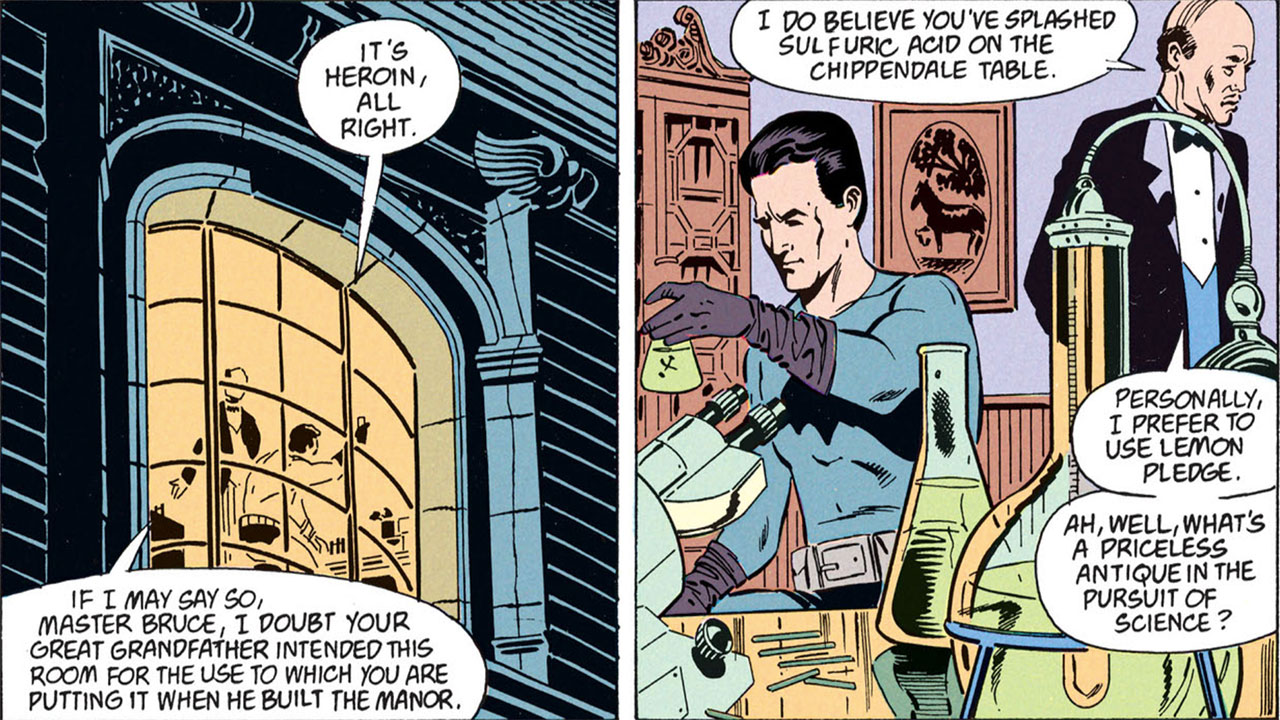 SITUATION: Bruce is using one of Wayne Manor’s numerous studies to test whether or not a certain substance is heroin (spoiler alert: it is). Why isn’t he using the Batcave for this? Good question.

ALFRED QUOTE: “I do believe you've splashed Sulfuric acid on the Chippendale table. Personally, I prefer to use Lemon Pledge. Ah, well, what's a priceless antique in the pursuit of science? “

SASS FACTOR: 9/10 - Come on Bruce, you have a whole cave for these types of tests. Alfred has a tough job of not only keeping the dust off of Wayne Manor’s priceless antiques, but now he has to restain and refinish this Chippendale table. Plus, he’s definitely going to have to wash out those Erlenmeyer flasks and take them back down to the cave. Bruce absolutely deserves Alfred’s sass in this situation. 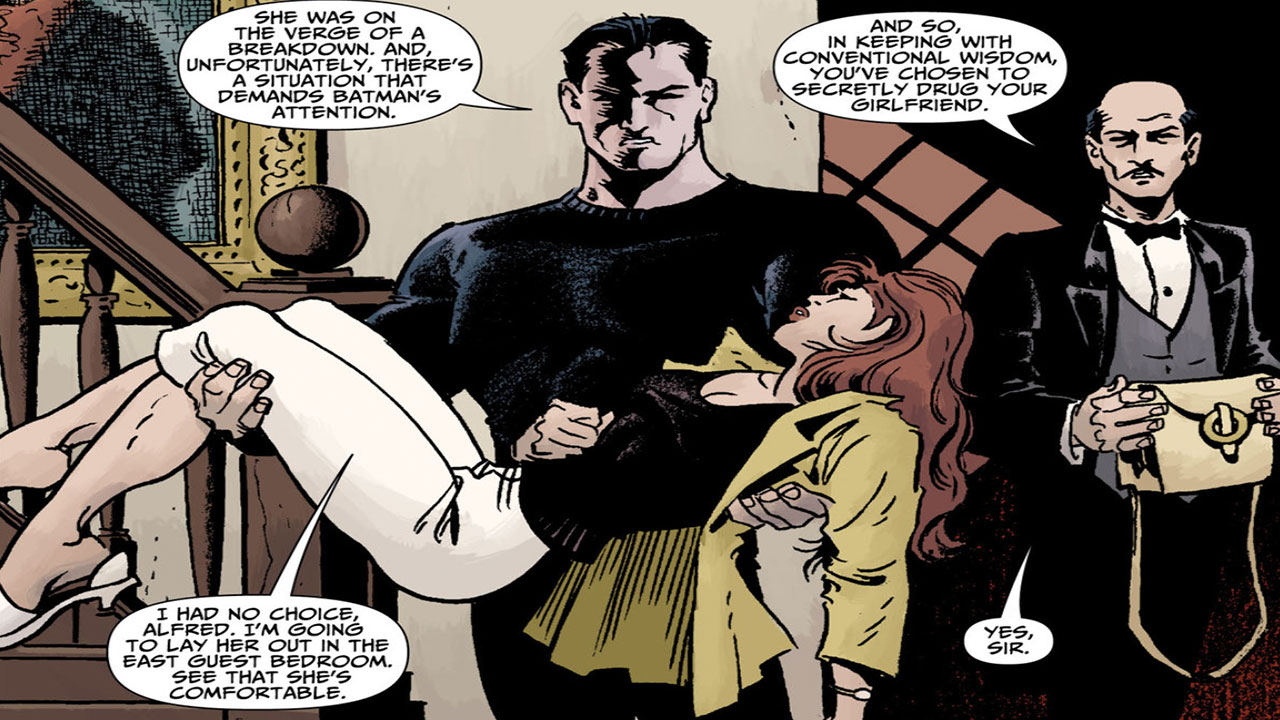 SITUATION: Bruce’s current flame, Julie Madison, comes to Wayne Manor fearing for her father’s life. He’s been threatened by loan sharks and is in serious danger, so what does Bruce do? He drugs Julie so he can go stop Hugo Strange and Sal Maroni. Classy guy.

ALFRED QUOTE: “So, in keeping with conventional wisdom, you've decided to secretly drug your girlfriend.”

SASS FACTOR: 7/10 - First off, Alfred sees this happening and doesn’t do anything to stop it besides serving up some harsh truths. Secondly, she’s totally going to wake up before Bruce is back and Alfred is now tasked with making an excuse, making her breakfast, and getting her home safely. Not cool Bruce, not cool. 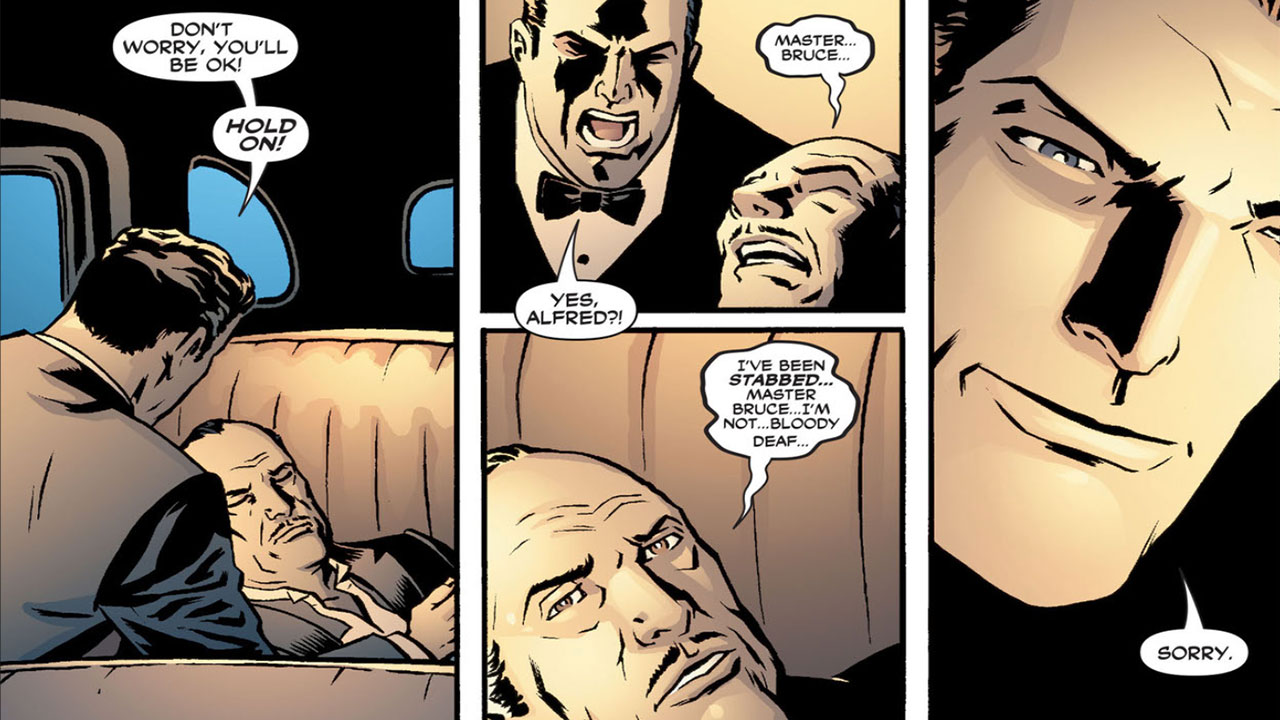 SITUATION: Disguised in a tuxedo, Mr. Zsasz sneaks into Wayne Manor during a charity event and stabs Alfred. Bruce picks up his trusted butler and places him in a car yelling all the while.

SASS FACTOR: 6/10 - Even in crisis, Alfred can sling some sass. His sass does allow Bruce to know that he’s ok all things considered, but it is a bit of a low blow to someone who thinks he may lose his second father figure.

SITUATION: Batman arrives back at the Batcave missing his cape. In the previous issue, he falls out of a window and his cape gets caught breaking his fall (and almost his neck). Beaten and bruised, he heads back home.

ALFRED QUOTE: “ Would it be too much to inquire of your cloak? Did you perhaps give it to some particularly desperate charity?”

SASS FACTOR: 7/10 - This sass could be chalked up to both worry and exhaustion from Batman’s exploits. Not only is Alfred going to have to sew up Batman’s wounds, but he’s going to have to bust out his trusty Singer sewing machine to make yet another cape. 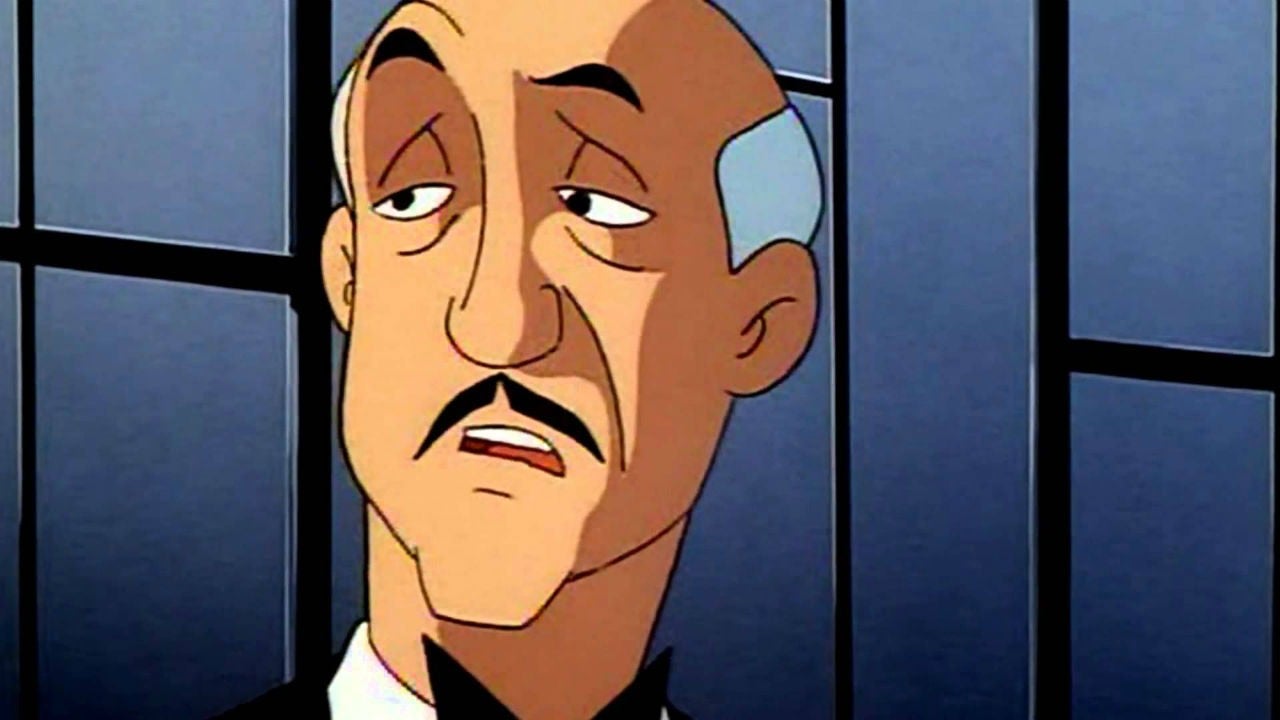 SCENE OF THE BURN: ‘Batman: The Animated Series’ Season 2 Episode 2  “A Bullet for Bullock”

SITUATION: Bullock is being hunted down by someone who has sent him threatening letters. He reluctantly asks Batman to help track down who is doing this.

ALFRED QUOTE: “Harvey Bullock? The detective who looks like an unmade bed?”

SASS FACTOR: 10/10 - Talk about a rare insult that hits the nail right on the head. Alfred finds the most eloquent and refined way to call Bullock what he is- a sloppy mess of a person. Bullock is always covered in crumbs, unshaven, untucked, and unkempt. He’s the total opposite of the buttoned up butler, which is why he is understandably disgusted by the detective.

What's your favorite Alfred moment? Talk about it in our Community!