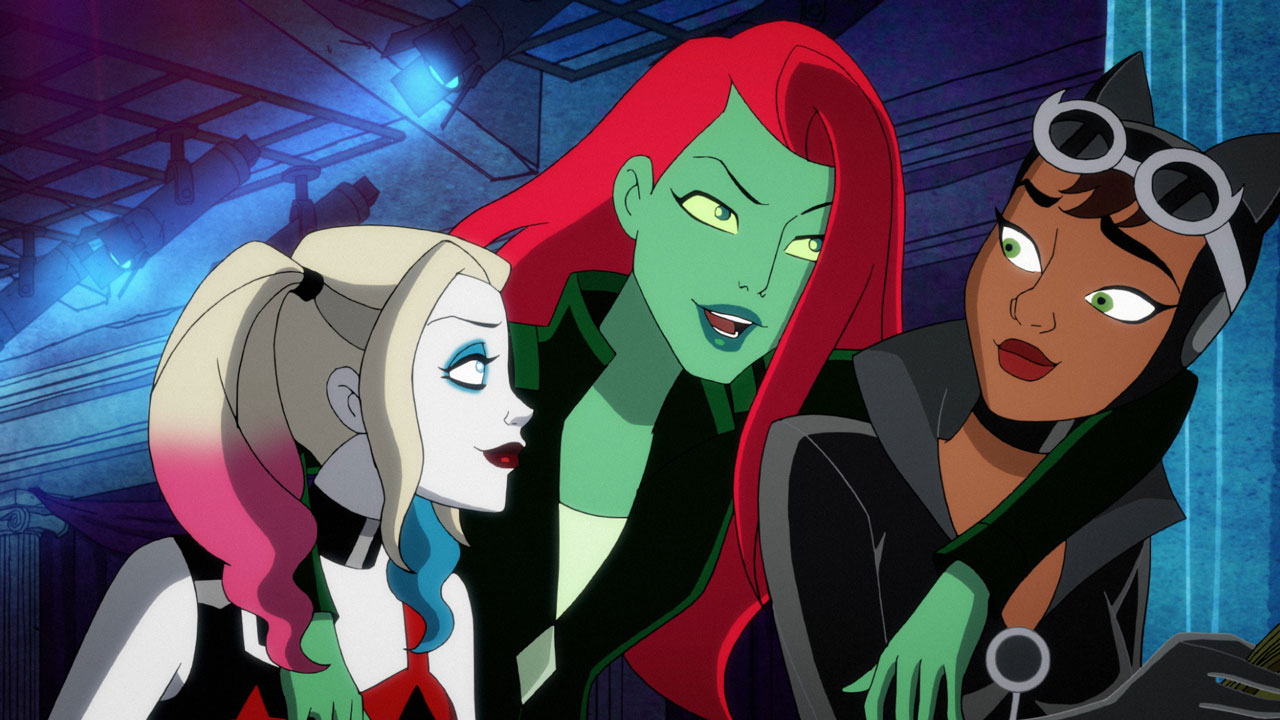 The Most F’d Up Moments in HARLEY QUINN Episode 2-09: “Bachelorette”

Poison Ivy is getting married, and what better way to celebrate than….a night of mind-blowing sex with your maid of honor?! Yes, the latest episode of DC Universe’s Harley Quinn went THERE, and we’re here for it. Here's our breakdown of “Bachelorette.” 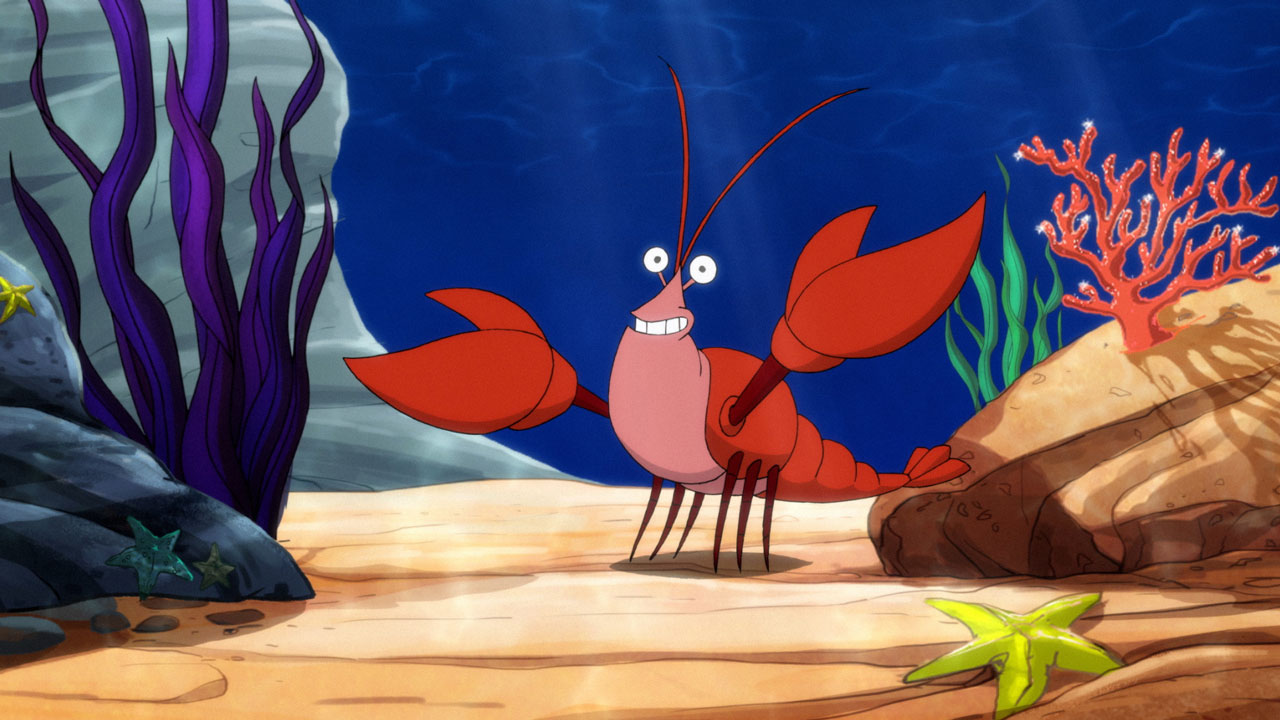 * Did anybody expect we would get a Little Mermaid parody complete with a musical number about defecation? Did anybody have “cartoon lobster sings about pooping” on their 2020 bingo card? Because that was so random, we almost can’t believe it happened.

* Can we make Jennifer a permanent member of Harley’s crew? Check out the way she bit the neck of that Amazonian guard. She’s so fierce. Do not get between a soccer mom and her mimosas. 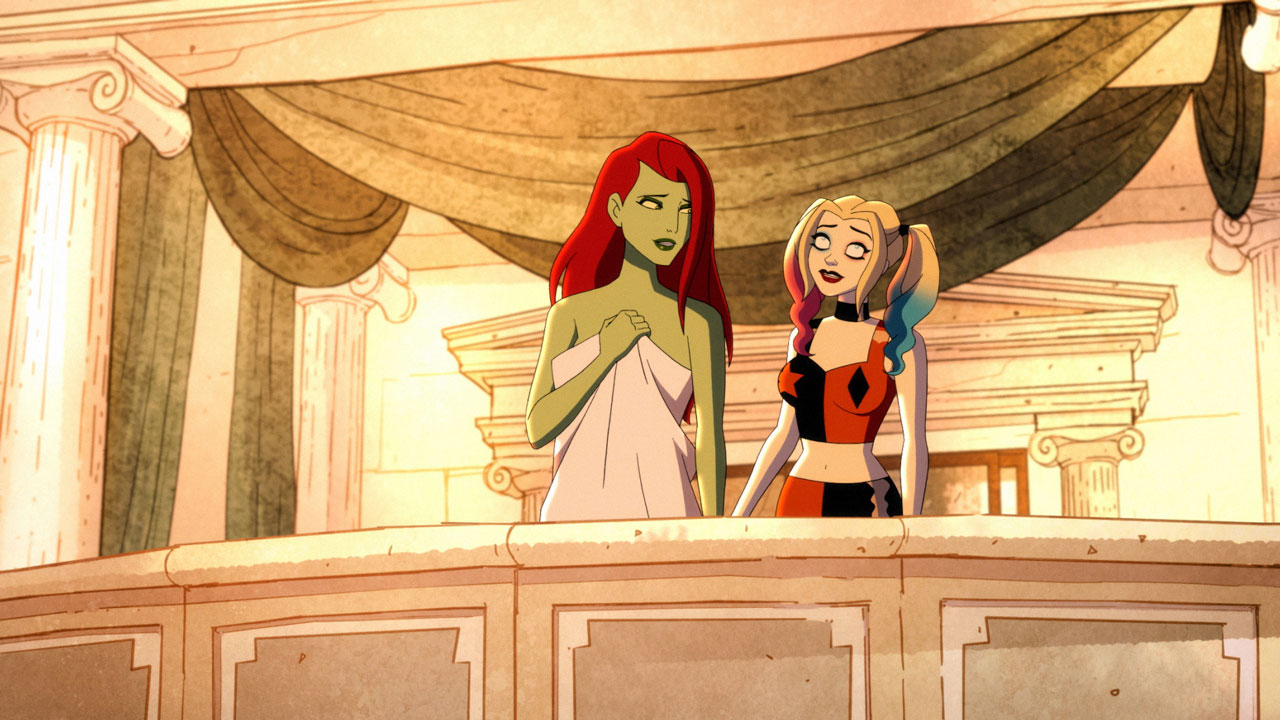 How do you raise the stakes after having Harley and Ivy kiss? Apparently the answer is two nights of carnal pleasure! Our shipper hearts melted when Harley and Ivy had that intimate sunrise talk on the balcony, but then we were shattered as Ivy rejected her bestie. Seriously, woman – you’re going to pick KITE MAN over Harley?! 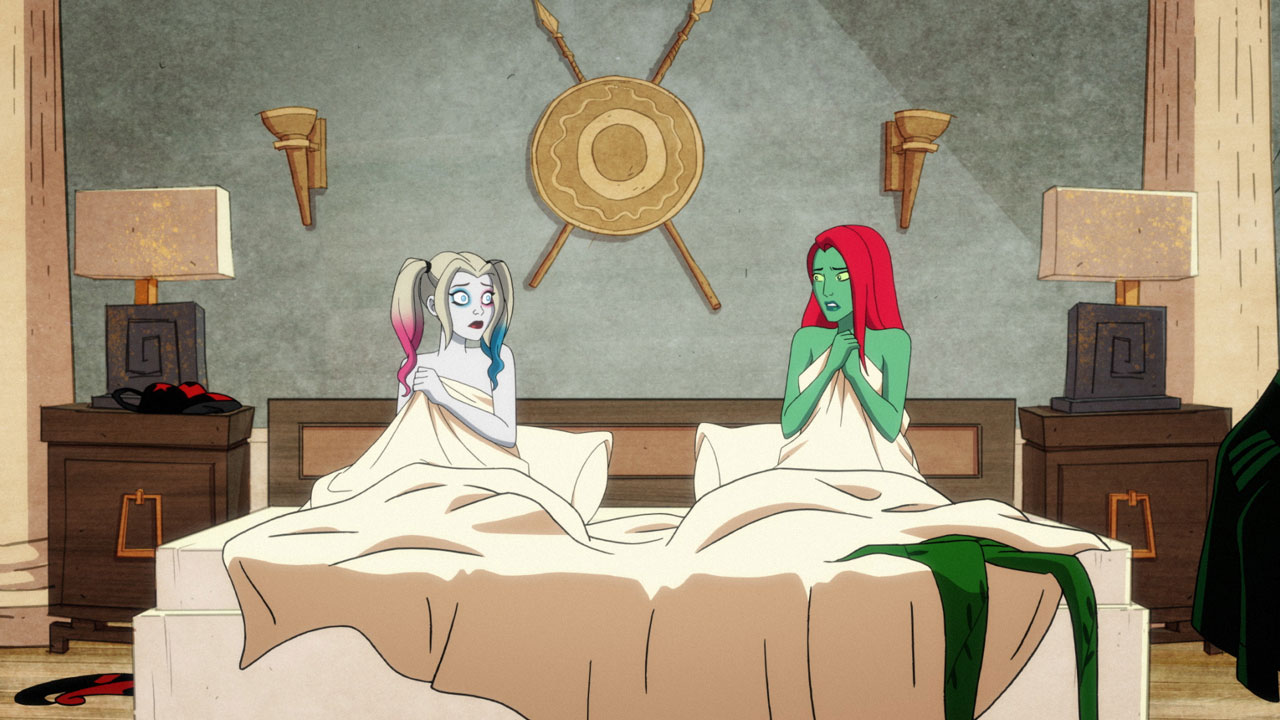 What happens on Themyscira stays on Themyscira -- and you can say whatever the f**k you want! This week had 12 F-bombs, bringing the season total to 65.

This brings Harley’s season 2 total to 24, Ivy’s to 20, Frank’s to 2...and Queen Hippolyta of the Amazons has her first ever F-bomb – possibly in all of DC canon! 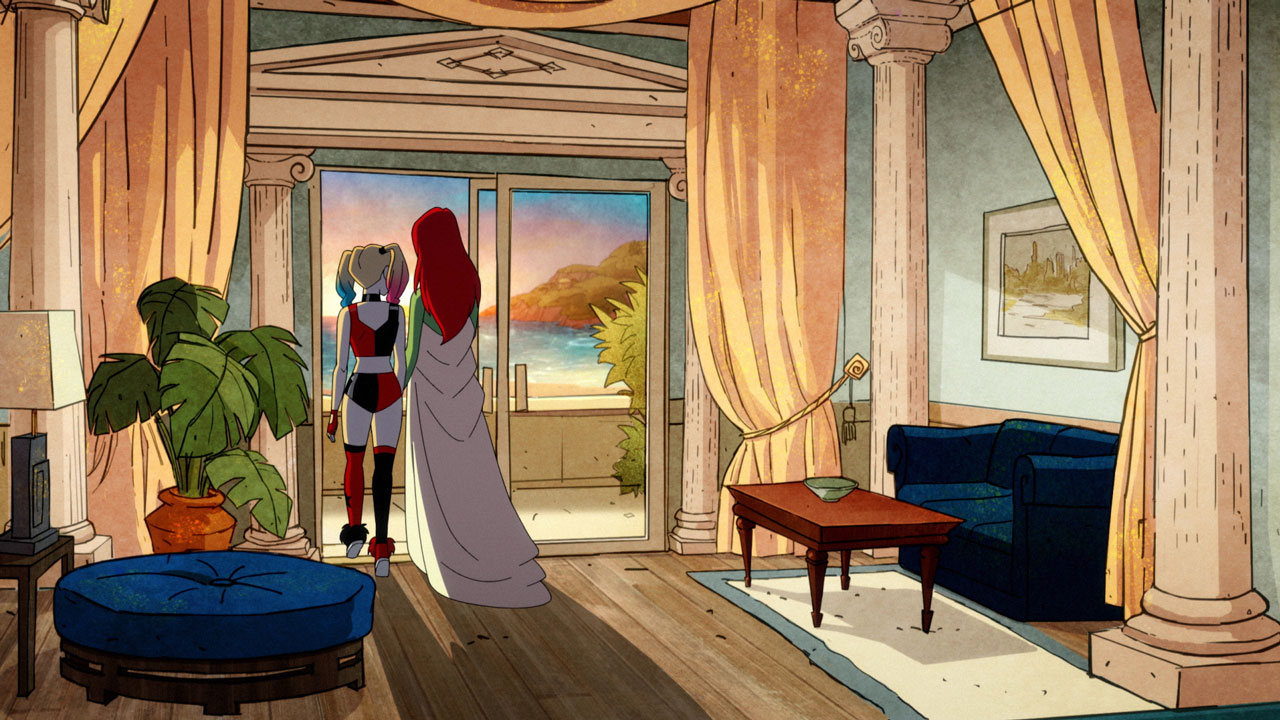 It’s a bachelorette party, which means it’s time for the bodies to hit the floor! Of course, with the Lady of Lunacy involved, that means bashing some skulls in. During Ivy’s pre-wedding festivities the Cob Squad killed Eris and at least three of her Amazon guards. If you add the birds that flew into the Invisible Jet and Invisible Van, that gives this episode a body count of 8, bringing our season 2 total to 205. 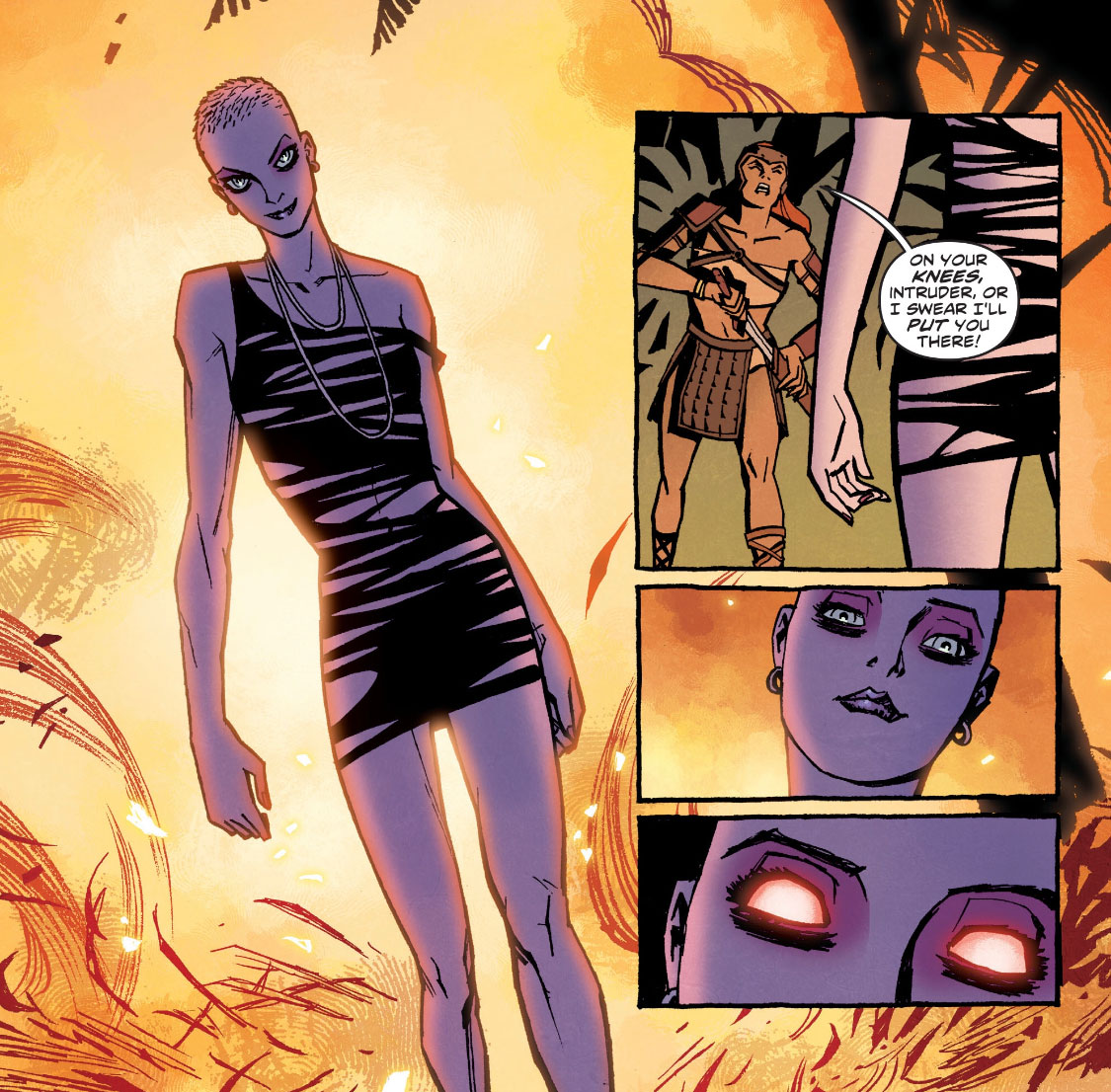 This episode had lots of great Amazonian lore. When the Cob Squad arrives on Themyscira, they’re greeted by two valets named Hope and Mercy. Hope and Mercy are two of Lex Luthor’s bodyguards who were later revealed to be of Amazonian descent. In a way, their presence can be considered a clue to Lex Luthor’s involvement. Mercy got her start in Superman: The Animated Series, and Hope first appeared in Adventures of Superman #573.

The villainess Eris is a Greek mythological figure whose comic book counterpart debuted in 1969’s  Wonder Woman #183. Her design in this episode is similar to her depiction in 2011’s Wonder Woman #2, her New 52 era debut. 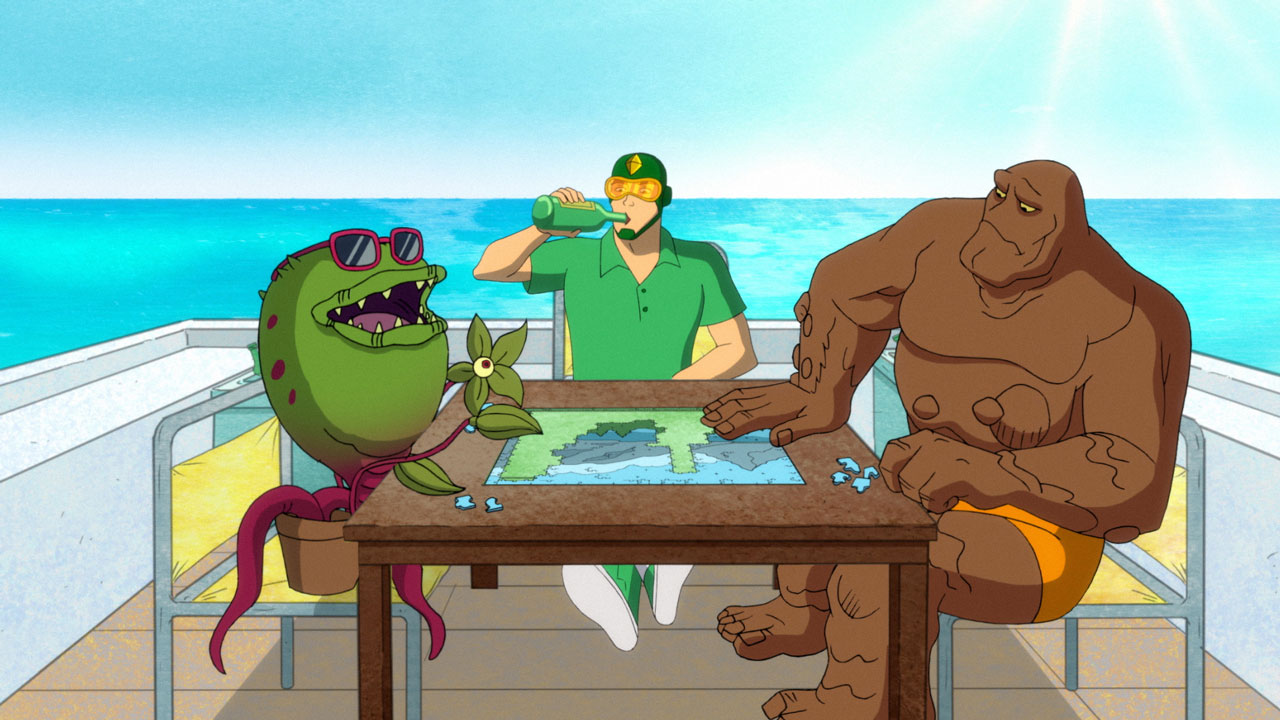 Biggest Surprise Award: The Incomplete Puzzle! Was anybody else expecting Clayface, Kite Man, and Frank to finish the puzzle without King Shark? We’re pleasantly surprised they kept their promise! Maybe there is honor among thieves after all.

Ivy has rejected Harley – now what? Join us this Friday as the Lady of Lunacy runs into a familiar face. Will they help her heartbreak or enhance it?

What was your favorite moment in this episode of HARLEY QUINN? Let us know in our Community!