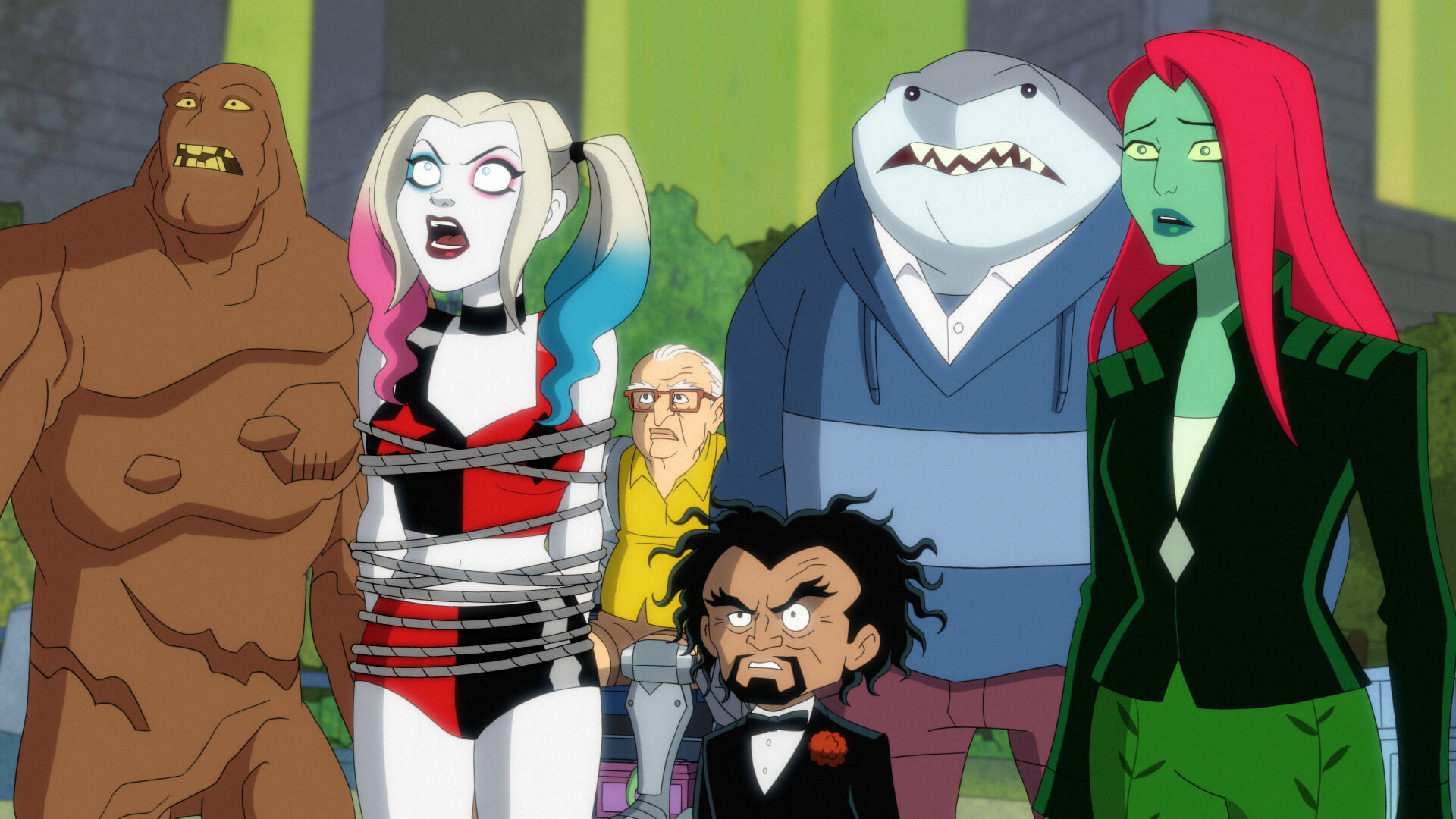 The Most F’d Up Moments in HARLEY QUINN Episode 12: “Devil’s Snare”

Killer trees, a hollowed out wolf, and tank rides. It’s just another day in the park for Harley Quinn and her gang. The episode “Devil’s Snare” was a pretty F’d up ride, and we’re here to give you the highlights… 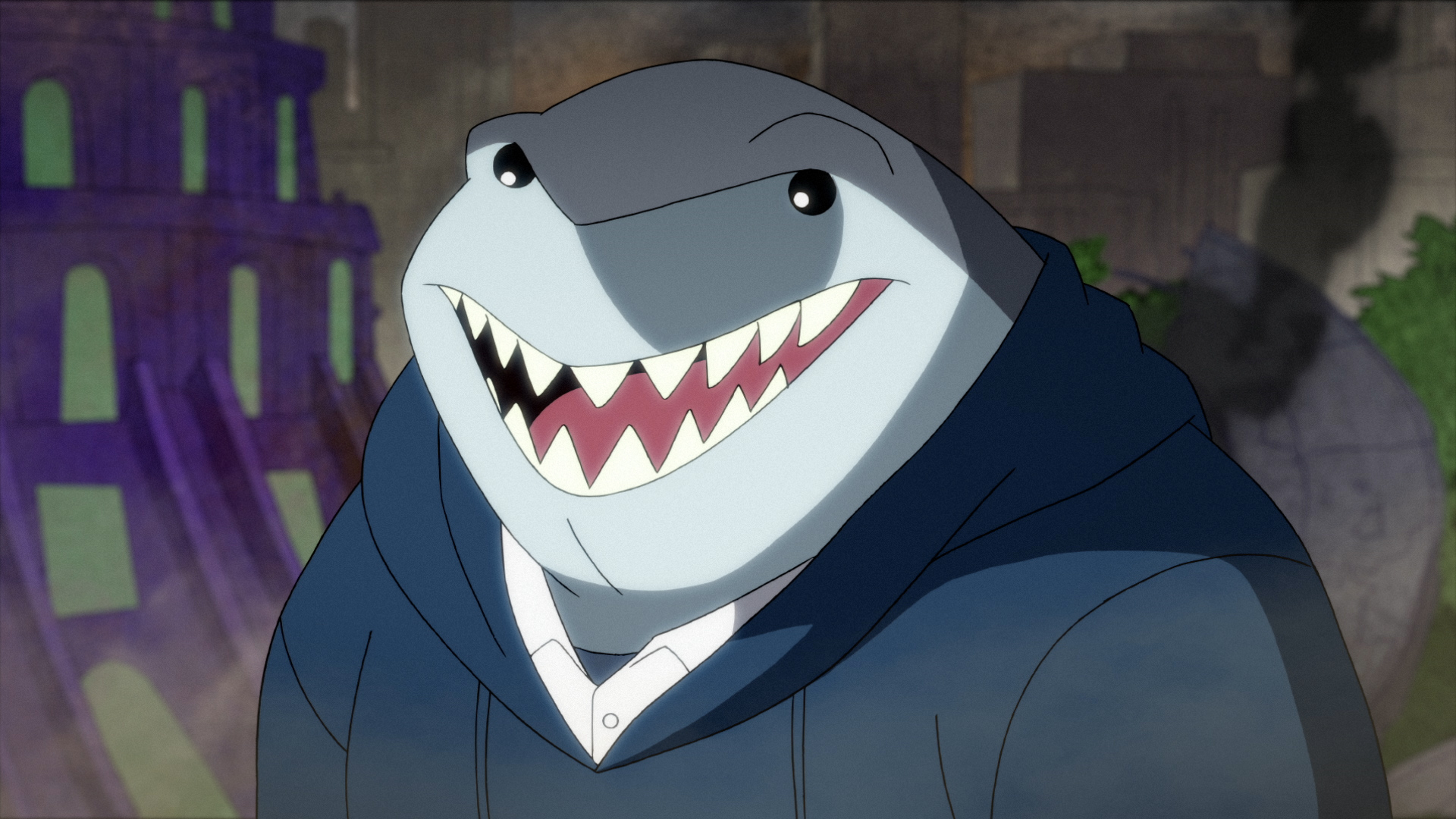 * Even if Joker and the killer trees are defeated, Gotham is still in danger due to the unhinged leadership of Commissioner Gordon. How many times has Batman had to talk Gordon out of using that tank? Look at how eager Jim was to bring unleash that war machine! He also made a few references to killing “jazz hippies.” Are you ok Gordo?

* Harley wearing the corpse of Grandma Wolf was badass and F’d up at the same time. They got King Shark to hollow out his insides!  How much prep time did that take? Even the Queen of Fables had to give Harley props – before Harley knocked her head off! We stan a legend.

* Leave it to Kite Man to fail at reading the room. His proposal to Ivy was just as awkward as any Michael Scott moment from The Office, and he clearly wasn’t taking the hint. Still, as Kite Man pointed out, she didn’t say no. Hell yea. 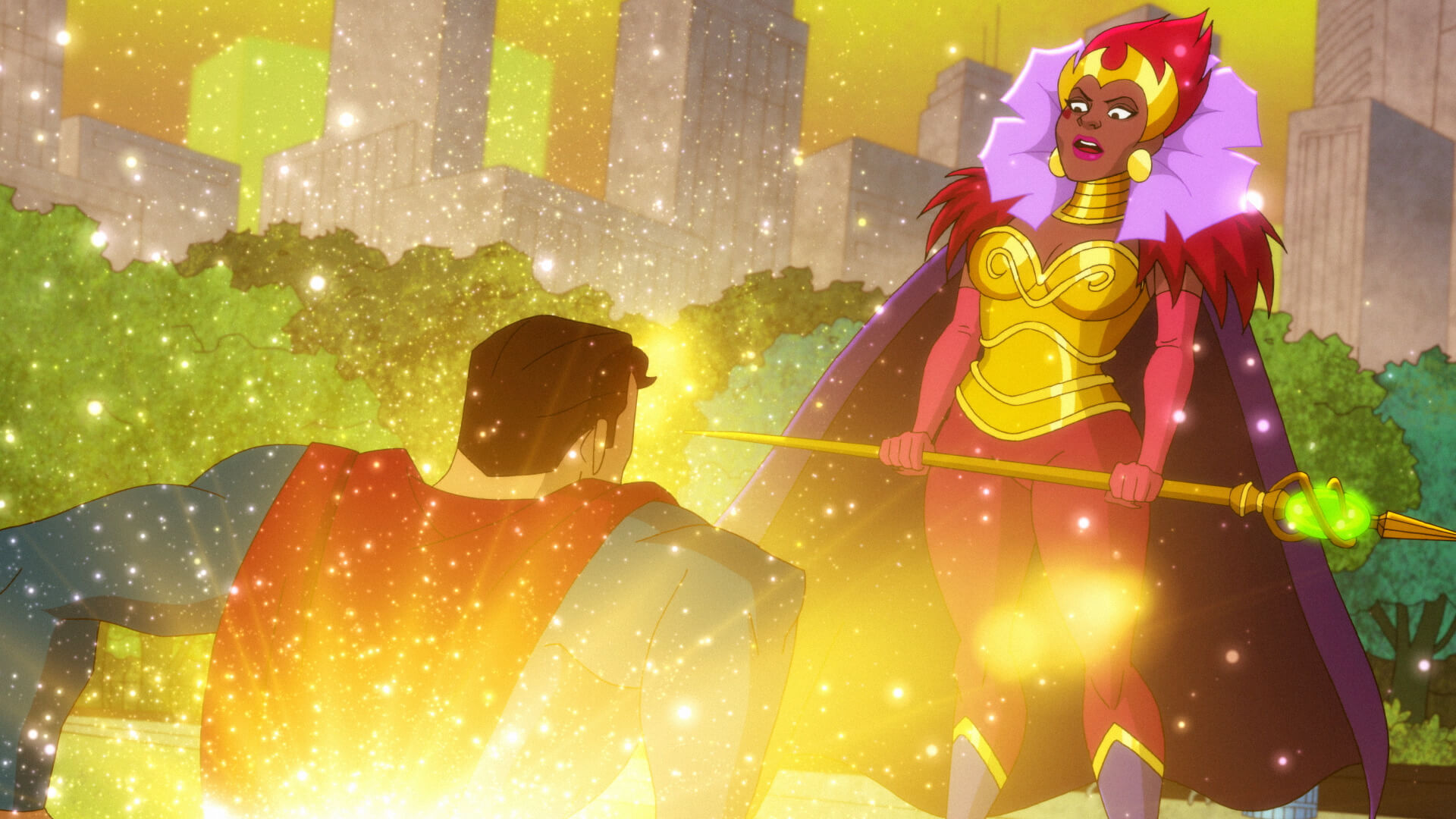 Harley’s series total is now 42 , while Ivy has 28, Joker has 7, and the Queen of Fables has 10. Who will take the F-bomb crown this week for the season finale? 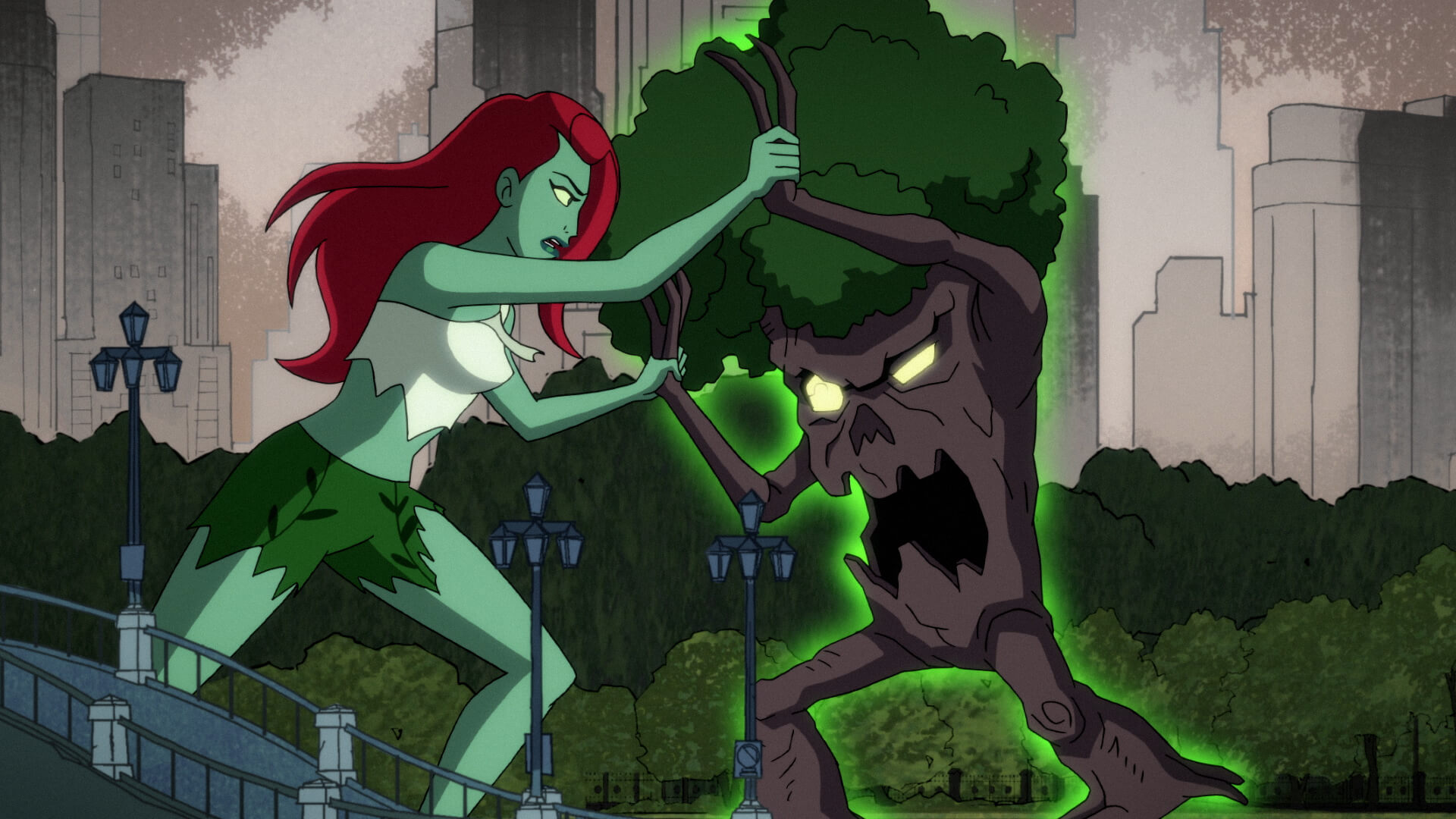 The rampage of the killer trees continues! Their bite was worse than their bark, which they proved by dismembering and devouring 16 people – and that’s just what we saw onscreen. We saw Ivy kill 5 of them onscreen, and King Shark tore Grandma Wolf apart. While the Queen of Fables was beheaded, for now it appears she survived. This gave the episode a body count of 22, bringing the series total to 136. 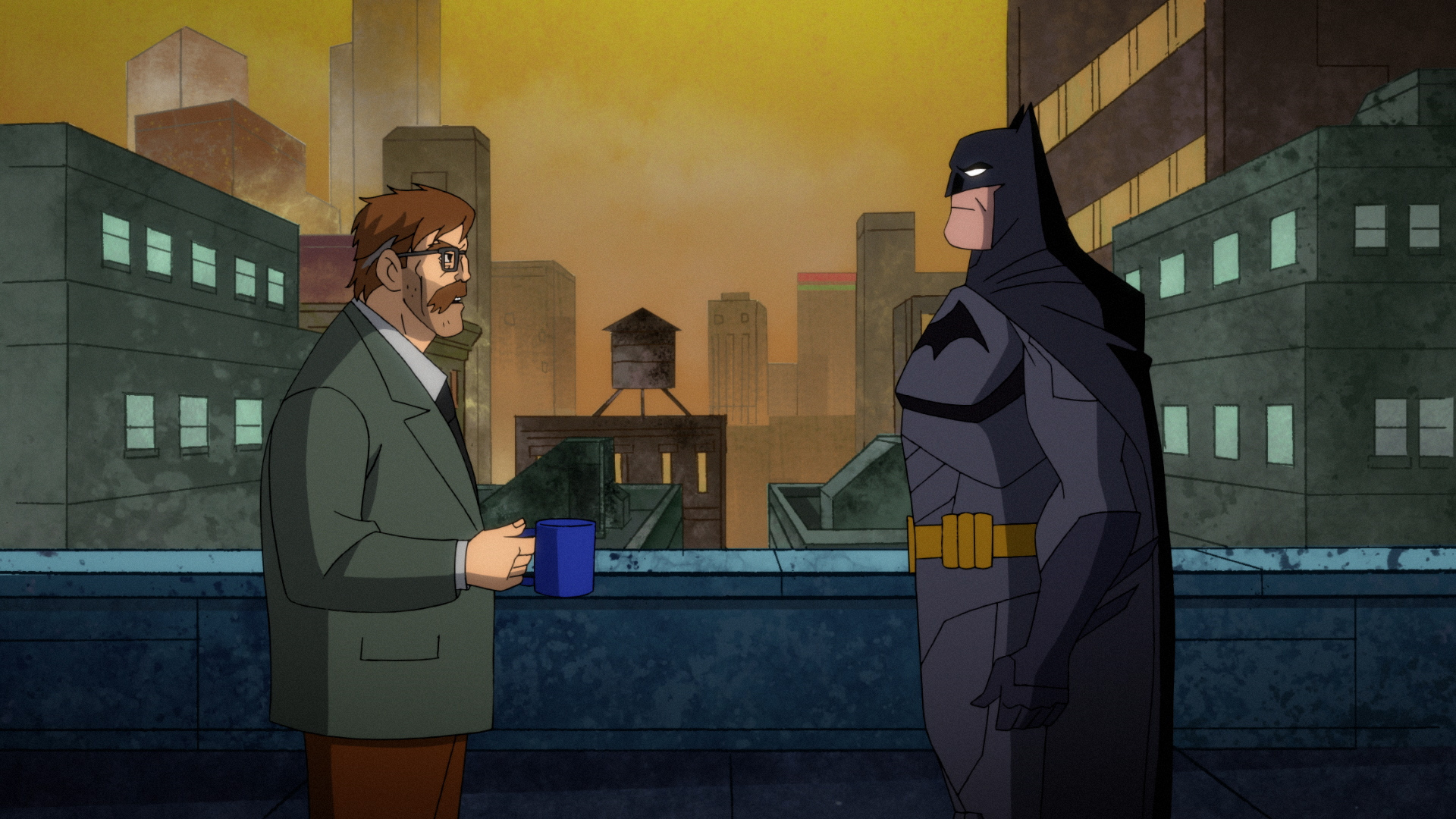 * If you’re curious about what happened to the Justice League after the Queen of Fables sent them into the book, check out 2000’s JLA 47-49 where the League must survive their captivity inside the pages of a fairy tale.

* Before sending the League to their book bound doom, Fables calls Superman “sexy,” a reference to her infatuation with him from Action Comics #833-834.

* The Gotham news program broadcasting images of women in Joker makeup is reminiscent of a similar moment from the 1989 Batman movie, where Joker showed off his Smylex products. 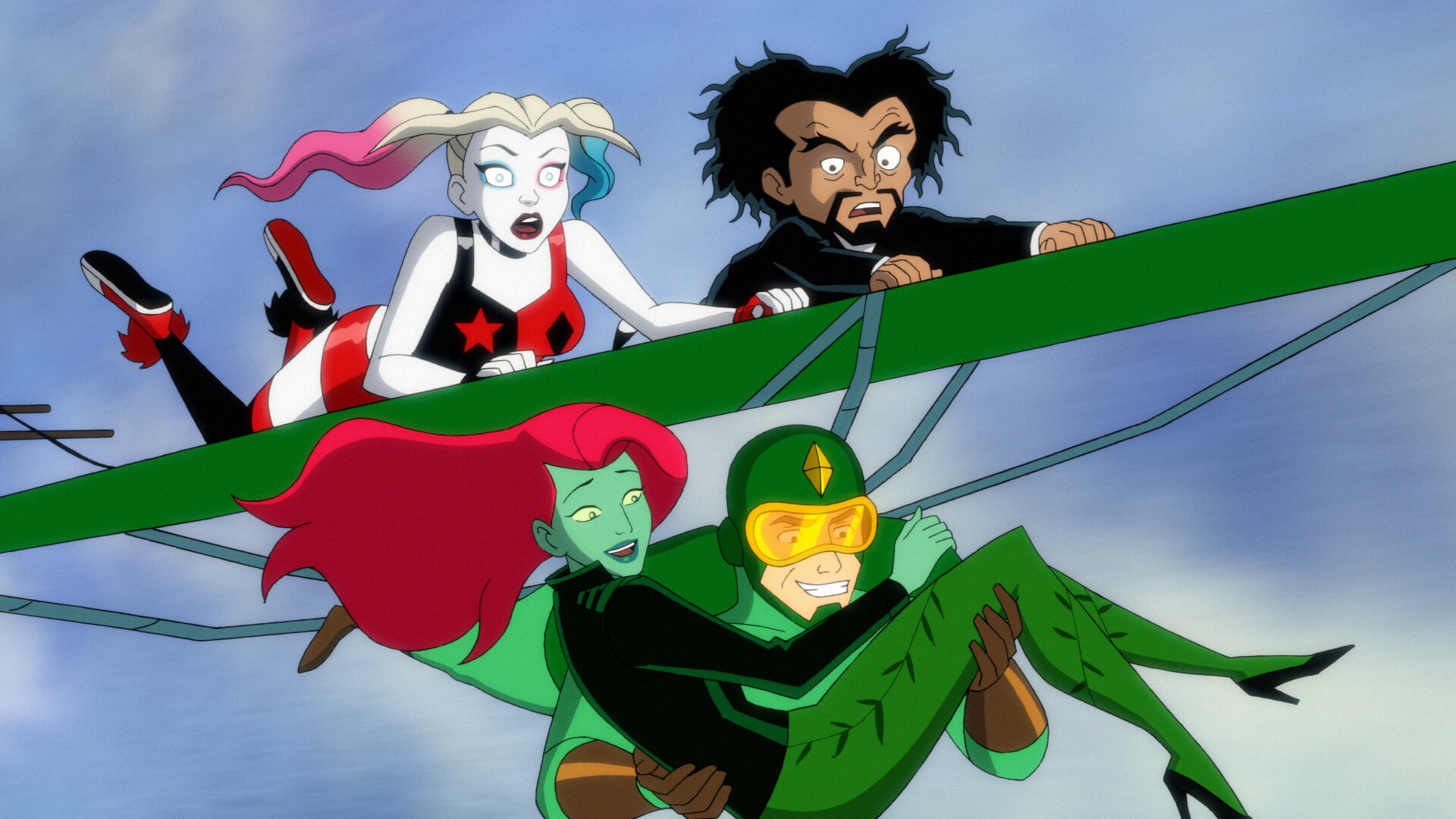 * If we ever wondered who would win in a fight between a wolf and shark, this episode definitely establishes that it’s a shark.

* Ivy chastises Harley for not realizing she was dating Kite Man because she “kept coming home reeking of kite.” What does kite smell like? How does someone reek of it?

Tune in this Friday for our season finale, as Harley Quinn has her final showdown with the Joker! It’s going to be one F’d up affair!

What are your theories for the HARLEY QUINN season finale? Let us know in our community!