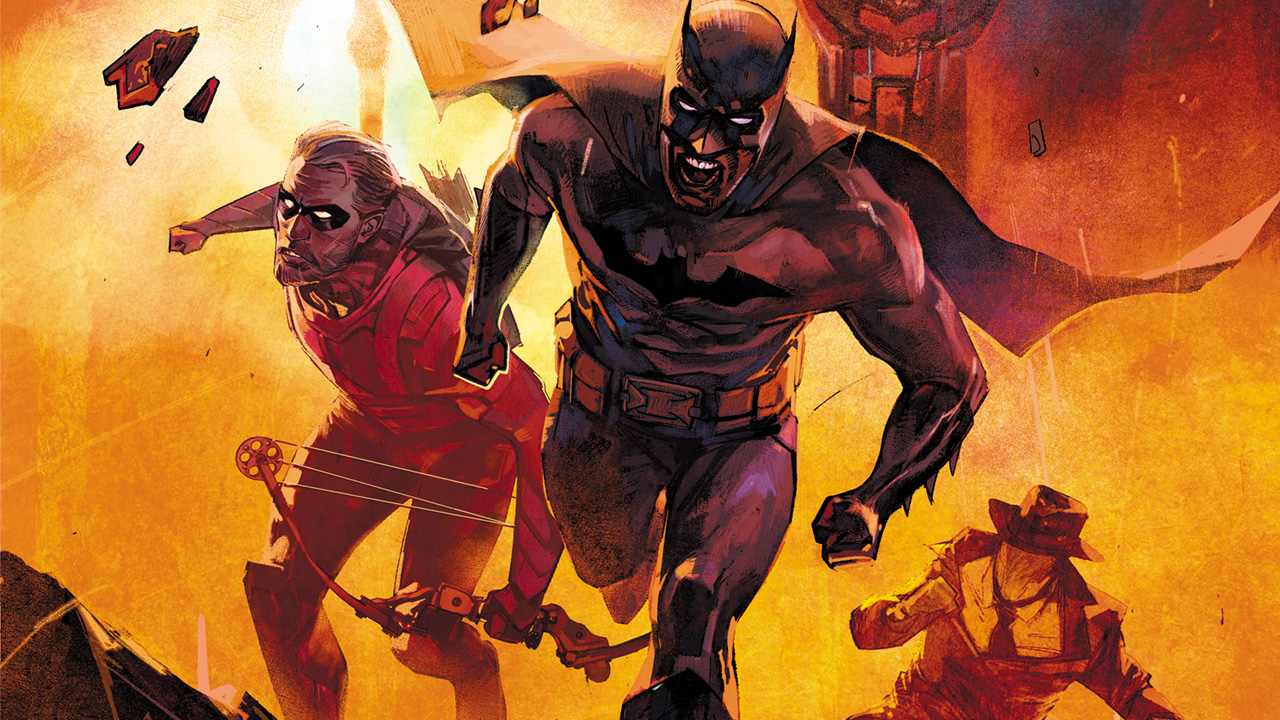 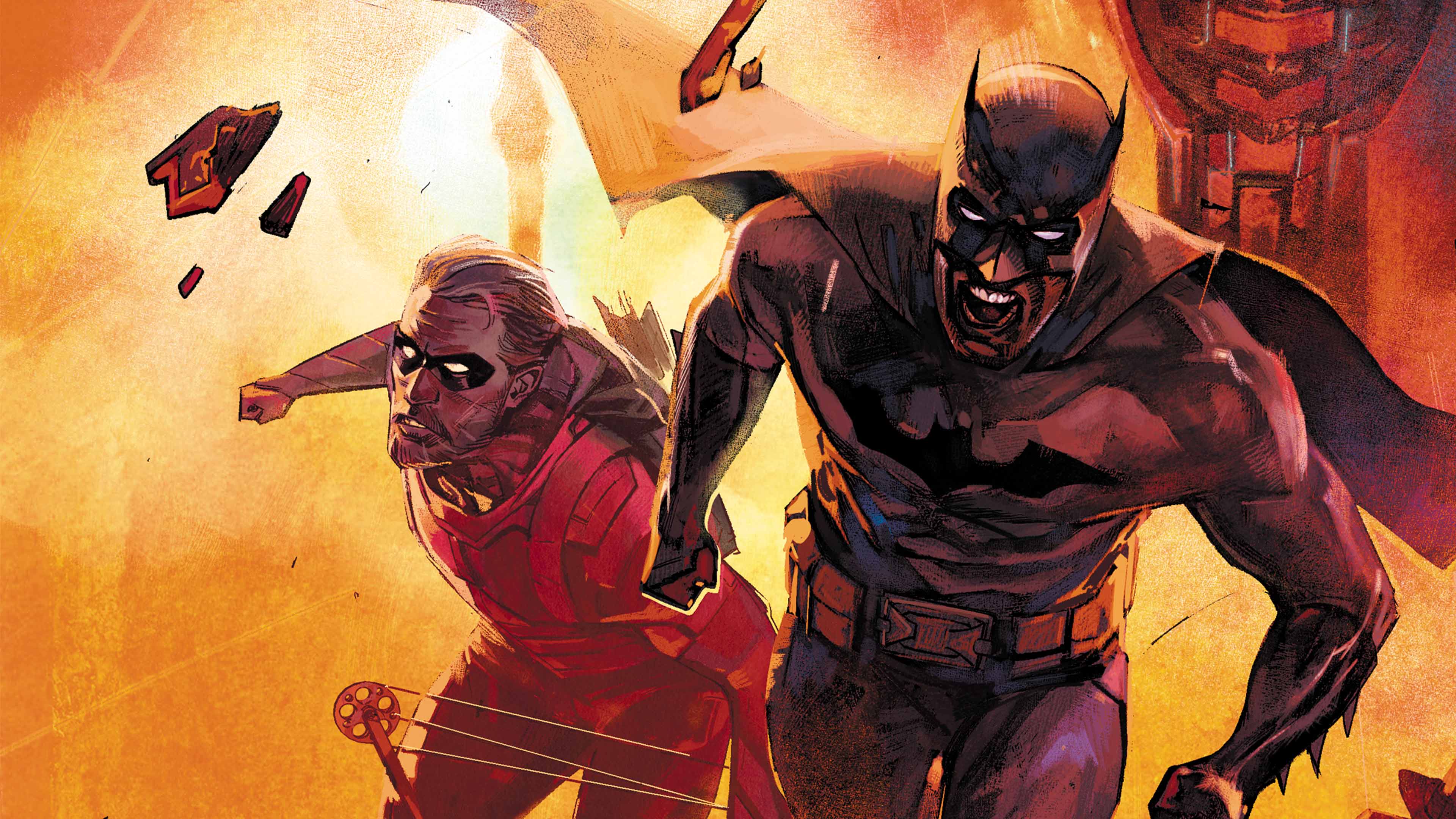 There’s a royal flush afoot in the DC Universe, and it looks like Leviathan is holding all the cards. First formally introduced by writer Grant Morrison in 2010’s ‘Batman: The Return,’ Leviathan began its life as the brainchild of Talia al Ghul. Part crime syndicate, part terrorist ring, and part spy network, Leviathan’s main purpose was to serve as a foil to Batman’s own global operative network, Batman Incorporated. This summer, in writer Brian Michael Bendis and artist Alex Meleev’s ‘Event Leviathan,’ we find Talia’s operation under new management. A mysterious new figure has been using her infrastructure to clear out top secret organizations around the world, for equally mysterious reasons.

Surely, Leviathan has their work cut out for them. Because the DC Universe boasts a particularly long history of secret criminal cabals running the planet from behind the scenes. For a closer look at the evil organizations which may well be on Leviathan’s hit list, we’ve compiled a list of the five most infamous secret criminal syndicates on Earth... 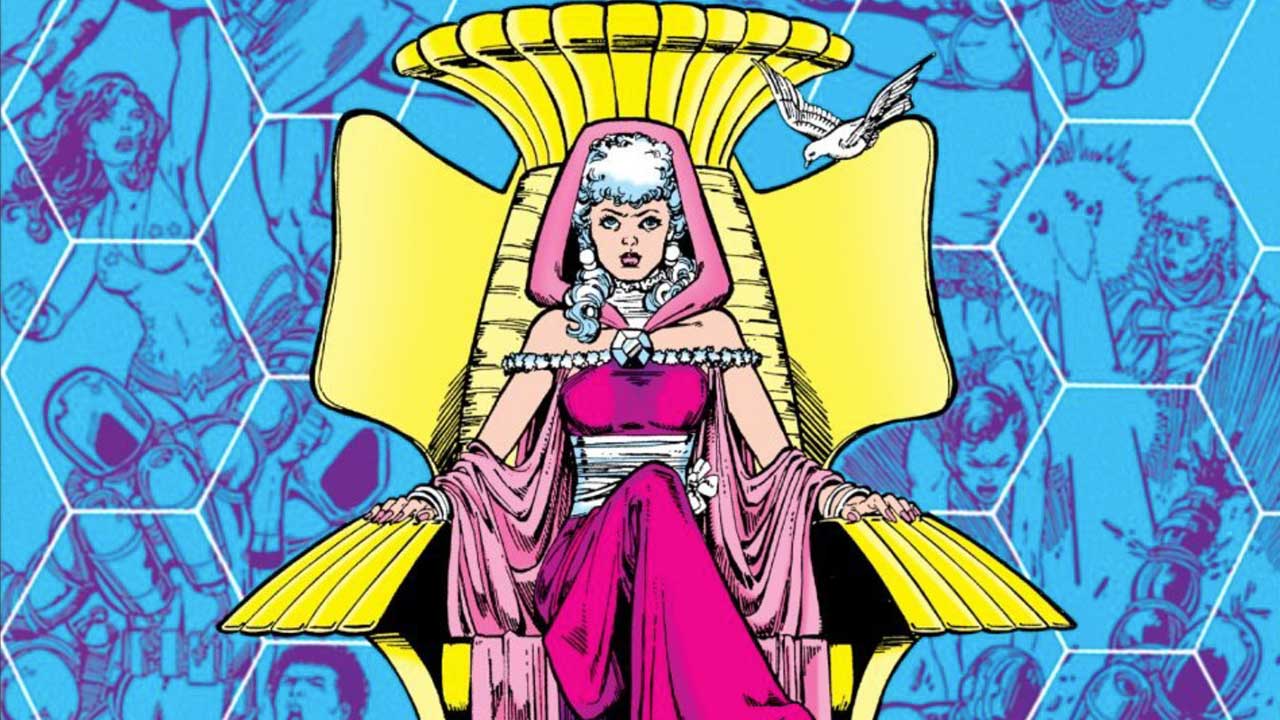 One of the newer secret societies on this list, H.I.V.E. has risen to power by standing on the shoulders of giants. Like similar organizations, H.I.V.E. built its power network by training and augmenting killers for hire, cultivating a specialty for superhuman targets. The difference is that rather than relying on ancient rites, rituals and disciplines, H.I.V.E. favors the utilization of salvaged alien technology and cutting edge bio-engineering. Founded by a council of seven disgraced super scientists, H.I.V.E. has stood for many things over the years, but its original intention was a “Hierarchy of International Vengeance and Eliminations.” H.I.V.E. is perhaps best known for its complex association with Slade Wilson, better known as Deathstroke the Terminator. Deathstroke’s eldest son Grant died on his first H.I.V.E. mission to eliminate the fledgling New Teen Titans. In Grant’s memory, Slade has spent much of his career attempting to fulfill that contract ever since. 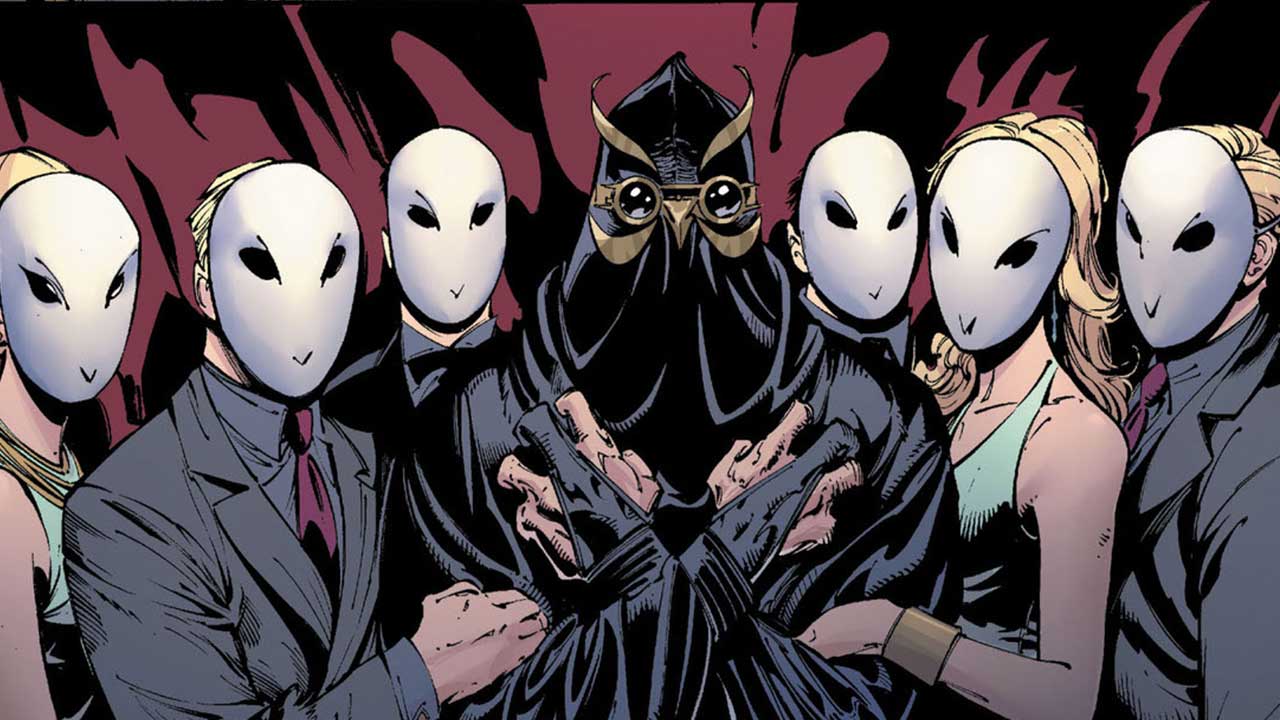 The Court of Owls is such a secret criminal syndicate that we didn’t even know it existed until 2011. And yet, The Court is as old as Gotham itself. Specializing in architecture, city planning, and the super wealthy elite, The Court of Owls manipulates Gotham deep below the scenes to keep the powerful in power and the downtrodden trod upon. When more subtle means fail them, The Court is known to employ Talons, a group of elite, undead assassins. But Gotham is just the tip of the iceberg… in ‘Robin War,’ we learn that the Court is but one branch of a globe-spanning Parliament of Owls, which Nightwing seeks to dismantle in his Rebirth series. But even Nightwing’s efforts fall short of stopping the true machinations of the Court, which are only revealed in ‘Dark Nights: Metal.’ 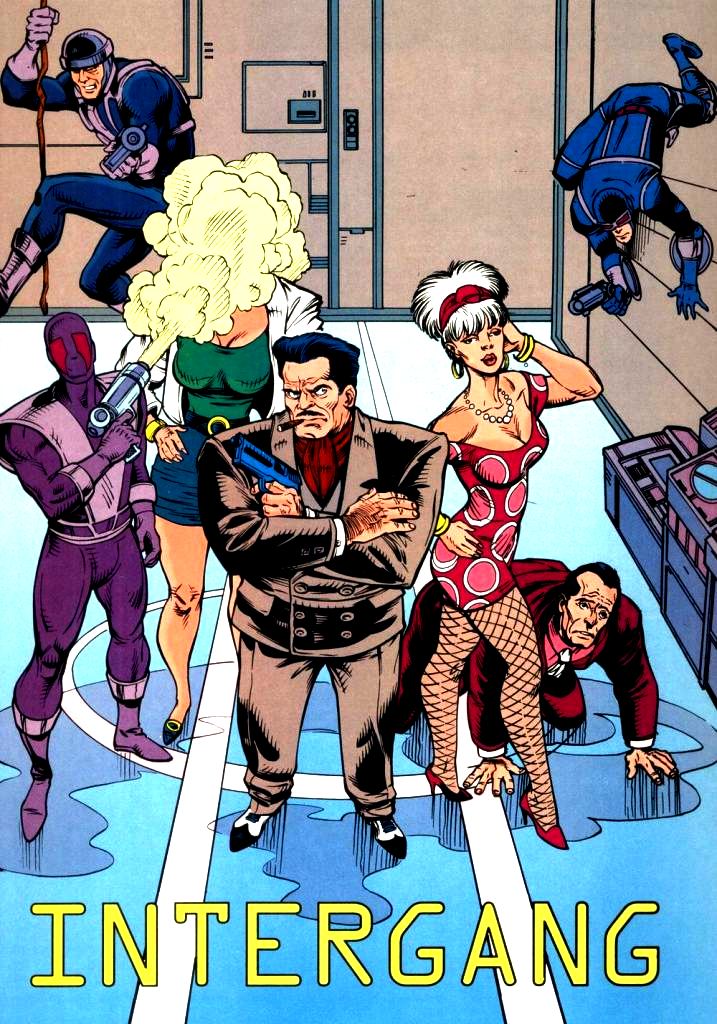 When running a secret criminal syndicate, it pays to have friends in low places… and when it comes to the benefactors of Intergang, they don’t come much lower. Since Jack Kirby introduced us to them in 1970, Intergang has proven themselves the longest lasting crime ring tough enough to maintain a continued existence right under Superman’s nose. How do they do it? It’s not because they’re tougher or more cunning than the rest. It’s because of the darkness which lurks behind them. Intergang features a wide array of technology and weaponry that we can barely begin to comprehend — all thanks to an arrangement between gang leader Bruno Manheim, and Darkseid of Apokolips. Darkseid is more than willing to provide Bruno with the comparatively myopic power he craves, as long as he answers when called upon. And as long as Darkseid is certain that a piece of his long sought Anti-Life Equation can be found on Earth, he’ll require craven allies among humanity’s rabble. Bruno Manheim is not a fearless or cunning leader. He just knows how to pick a winner. 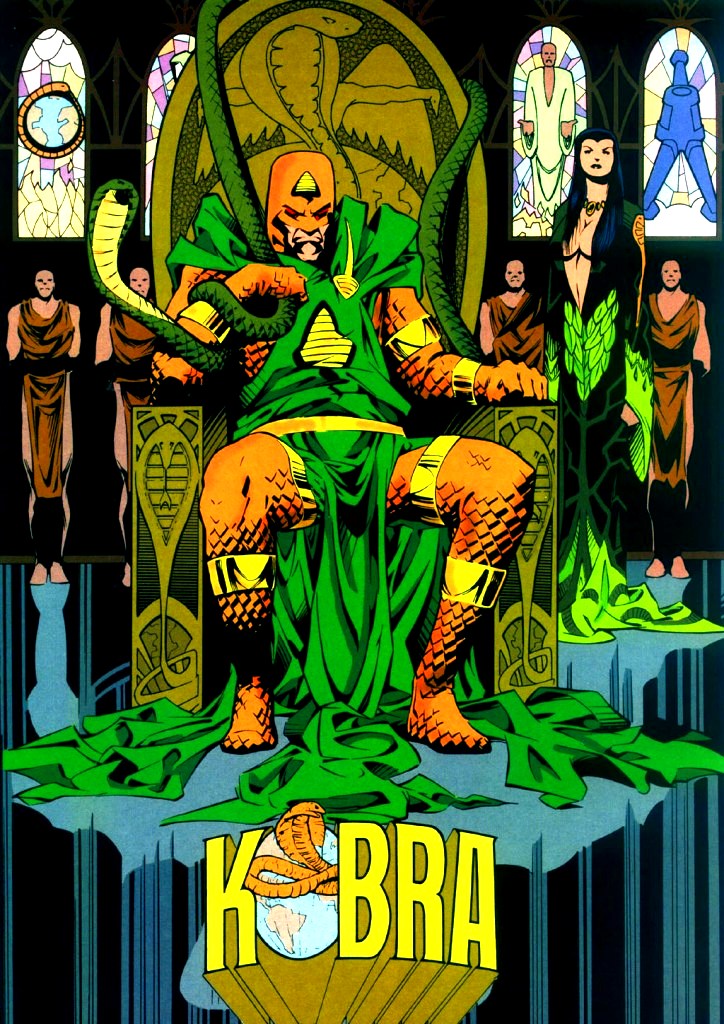 The main difference between The Kobra Cult and every other syndicate on this list is that where others seek control, Kobra only desires  absolutely destruction. Inspired by a profanely distorted take on Hindu scripture, The Kobra Cult is a global network of terrorists which seeks only to bring forth the age of Kali Yuga: a fabled period of boundless chaos and fiery death of our imperfect world, followed by the birth of a better one. With headquarters and operations to these ends all over the world, Kobra might just be the hardest working terrorist group in the business. H.I.V.E. has the Teen Titans. The Court of Owls has Batman. Intergang has Superman. But Kobra? Over the years, Kobra’s contended with Aquaman, The Flash, Wonder Woman, the JSA, Checkmate, Suicide Squad, The Outsiders… the truth is, if you make a career out of saving the world, you’re eventually going to have to save it from these guys. Glory to the Naja-Naja.

#1: THE LEAGUE OF ASSASSINS 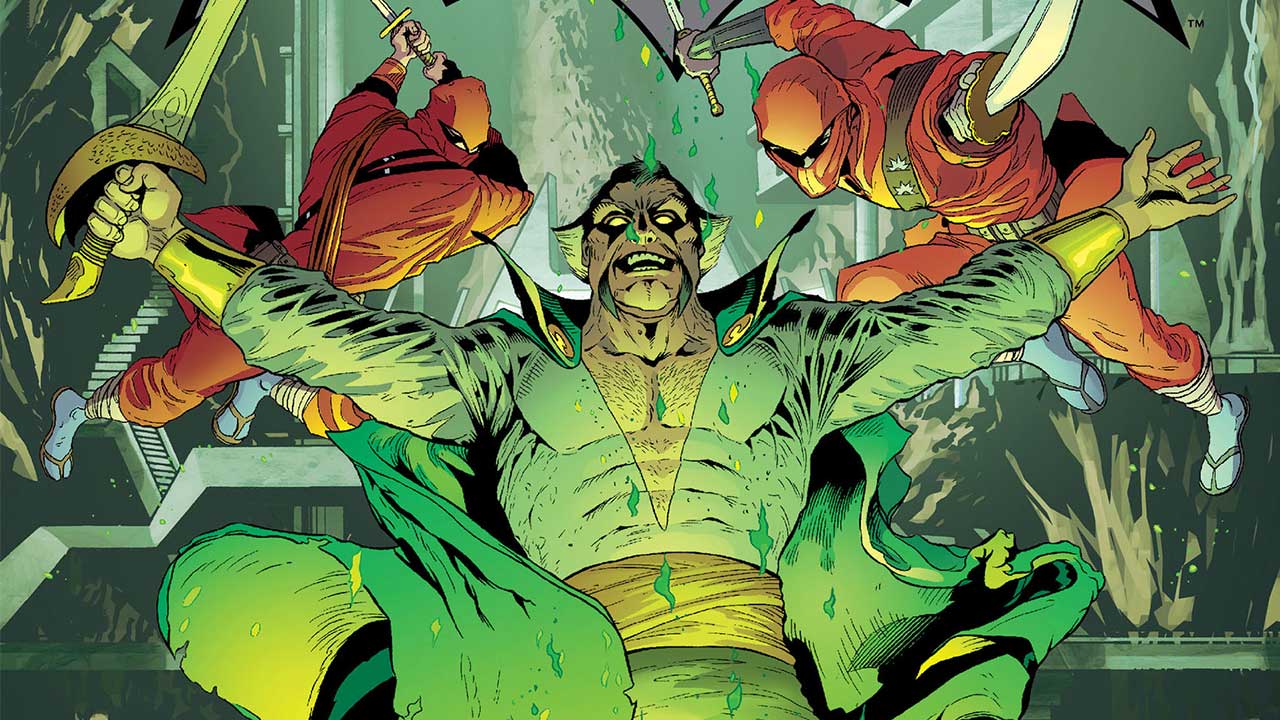 The origins of Leviathan itself can be traced back to the greatest criminal syndicate on Earth. Just as we learn Batman Incorporated harkens back to Batman’s earlier concept of the “Batmen of All Nations,” one could easily surmise that Talia’s vision of Leviathan was an extension of the League of Assassins founder by her father: Ra’s al Ghul, The Demon’s Head. Through his use of the mystical Lazarus Pits, Ra’s al Ghul has been able to unnaturally extend his own life by centuries, all the while guiding a secret group of assassins to guide the world’s development in the direction he sees fit. But rest assured that at least in the modern era, whenever the League of Assassins gets too ambitious, Batman is on the scene to keep them in check. Ironically, it’s Batman’s very ability to thwart the Demon’s Head at each turn which, in al Ghul’s eyes, makes Batman the most fitting heir to the League, in a future he anxiously anticipates when the Lazarus Pits all run dry. To Ra’s, the missions of Batman and The League of Assassins are not all that different — only that the League thinks in centuries instead of nights, and is willing to take lives to ensure the welfare of others.

While Batman naturally rebuffs this inheritance, The League of Assassins is not without its other hopeful successors, contenders, and opponents. Sensei, a wizened martial arts master who may be Ra’s al Ghul’s father or son, is as often an ally as a rival. Nyssa, Ra’s al Ghul’s other daughter, has harbored designs on the League of her own. Meanwhile, Lady Shiva, the deadliest woman in the world, leads the League of Shadows, a counter-terrorist group and the only syndicate the Assassins truly fear. But most promising of all is the potential of his own grandson, Damian Wayne. If Batman will not be the League’s future, then the child of Ra’s al Ghul’s daughter and his chosen scion just might.

HONORABLE MENTIONS: There are a few clandestine confederacies which barely missed the top five: Dr. Hurt’s Black Glove, Tobias Whale’s The 100, and Brother Blood’s Church of Blood. Though one imagines they might prefer a position under the radar...

Which DC secret society do you think is the most fearsome? Share your thoughts in our Community!