Our week in Gotham City has come to a close and it seems like we barely saw the sun the whole time we were there. But we hit up a few hot nightspots, managed to avoid some of the city's more...colorful characters, and even snagged a couple of cool souvenirs (Confidential to D. Grayson: you won't miss a couple of old pixie boots will you?). Our Vitamin D levels, however, are getting low, and after so much time in the big, bad city maybe it's time to get back to nature. How fortunate then that our next stop is Atlantis! 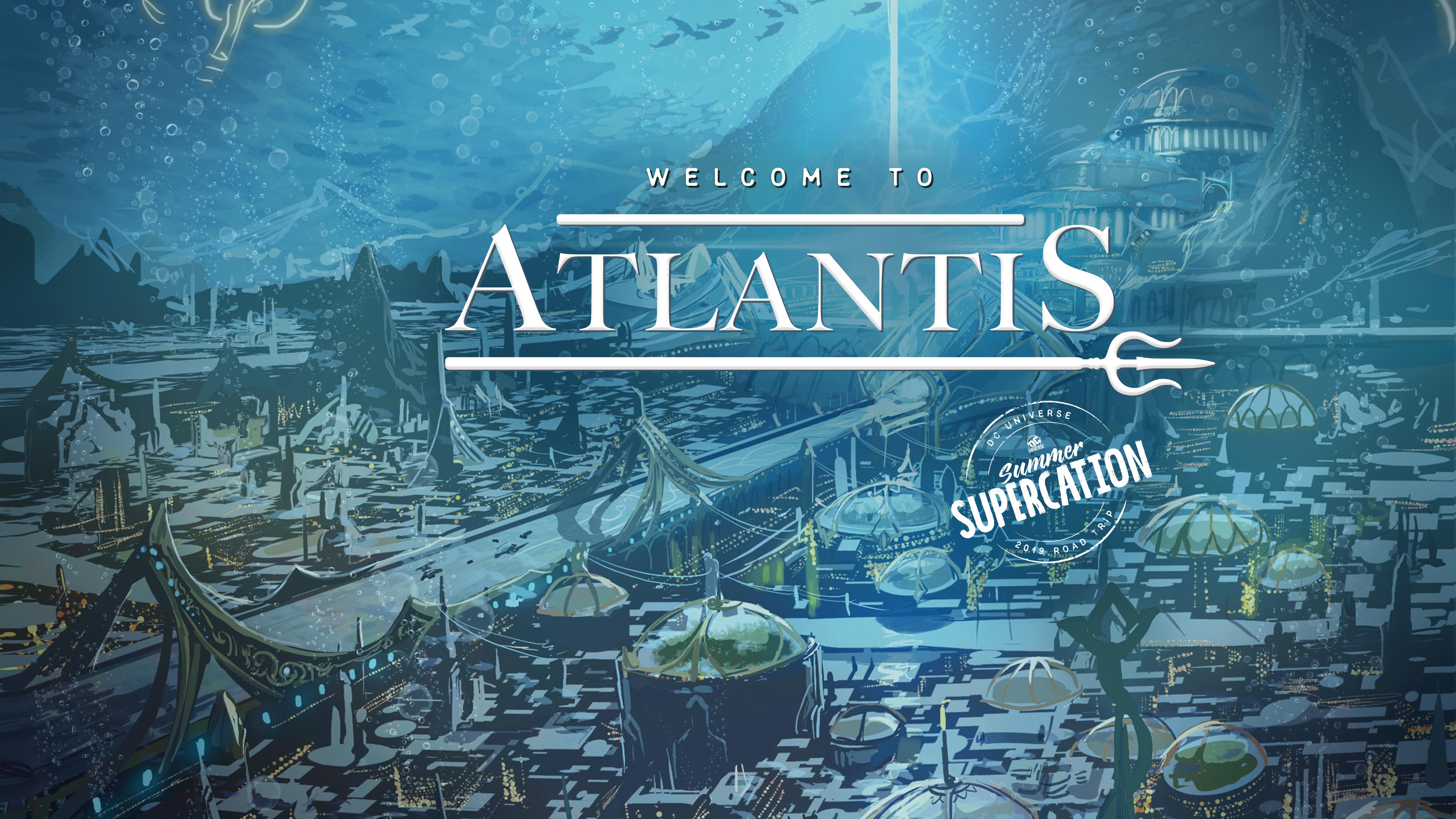 Here in Aquaman's undersea kingdom, you might get the occasional dirty look. Understandable as Atlantis has gone to war with the surface world more than a few times. Fortunately, we're here on a royal invitation, so the reception is mostly pretty warm, even if the water itself isn't. Atlantis first fell beneath the waves millennia ago, but its inhabitants magically gained the ability to breathe underwater and to survive the crushing depths of the oceans; even now Atlantis is a city built as much on magic as it is on technology. More so than any of our previous stops on our road trip, Atlantis feels almost alien. If you're want to gawk at some imperial opulence, be sure to check out the Royal Atlantean Palace. If you're feeling a little more informal, maybe give Dr. Dorsal's Deep-Six Discoteque a whirl -- a certain purple-eyed pal of ours says it's a real gas-gas-gas, man! To get started, check out our Travel Guide to Atlantis. And stay tuned for more...

* Day 1 is here and you didn't realize just how much sea life is around you. Aquaman is offering to be your undersea interpreter, so which of his Aqua-pets do you want to chat with?

* Day 2 is here and man! There's just a lot of ocean out there. You need an expert to show you around -- which Atlantean do you chose as your tour guide?

*Day 3 dawns...you guess? There's not a lot of sunlight this deep. You're hoping for a private audience with King Orin, but he's presented so many versions of himself to the surface. Which Aquaman do you consider your true king?

What are you planning to see and do in Atlantis? Let us know in our Community!