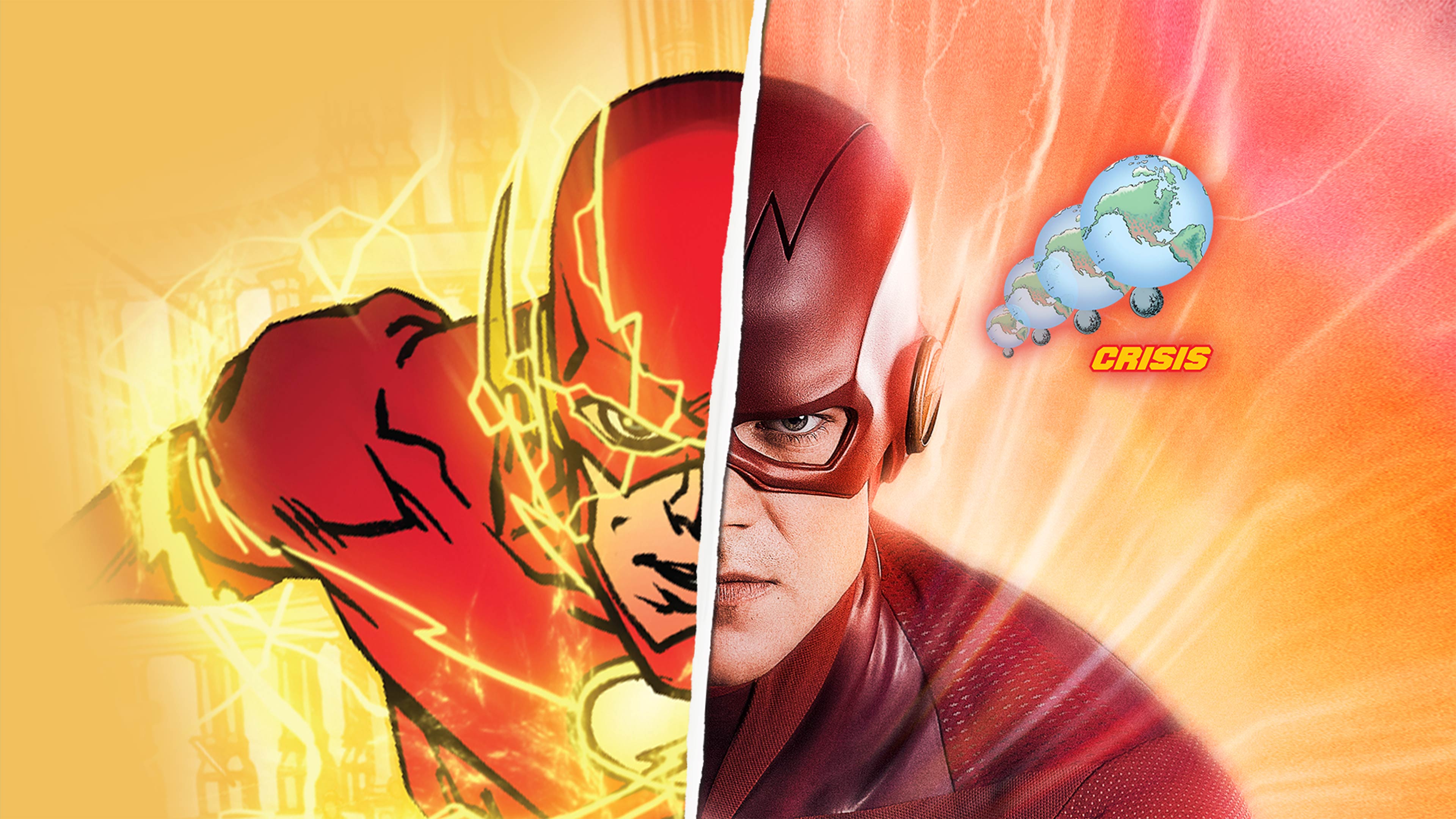 The Comic Book Roots of TV’s THE FLASH

The Flash might be the fastest man alive, but can he outrun the approaching Crisis? On December 8th, TV’s “Crisis on Infinite Earths” will kick off, and it’s guaranteed to rock the DC fandom across the multiverse. The Flash was one of the cornerstones of the original comic event, and it looks like he’ll be playing a big role in the live-action version as well. Yesterday we took a look at Arrow, and all the comic storylines that shaped it into a modern superhero TV classic. Now it’s time to pay tribute to the Flash, and the comics that inspired his show. On your mark…..get set….let’s go!

IF YOU’VE NEVER SEEN THE FLASH

The Flash stars a young police scientist named Barry Allen, whose life was altered forever after a particle accelerator accident wound up granting him super speed. A team of scientists at S.T.A.R. Labs helped Barry get the hang of his new powers, and together they developed the superhero persona of the Flash! The support staff at S.T.A.R. Labs who helps Barry with his superheroics are known as Team Flash, and consist of Cisco Ramon, Caitlin Snow, Iris West, Detective Joe West, Ralph Dibny and occasionally a few different multiverse versions of Dr. Harrison Wells.

FLASH ON THE BRINK OF CRISIS 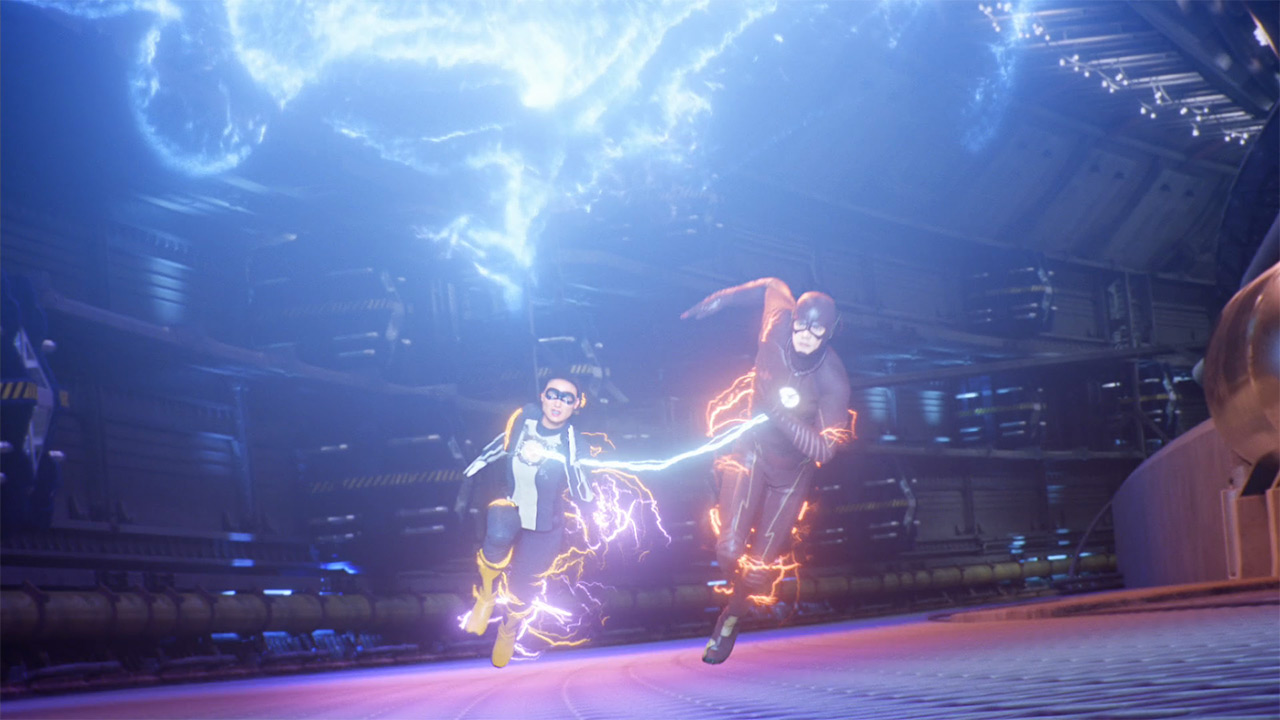 If you’ve been away from The Flash for a few seasons, let’s just say that things haven’t slowed down for Barry and his friends. After several years of dating, Barry and Iris eventually got married, and last year they had an extended visit from their time-traveling, future daughter Nora. The couple enjoyed their time with Nora until she was forced to erase herself from existence. Nora helped her parents stop the villainous Cicada, but by doing so she changed the timeline and faded away. Barry and Iris were already having a hard time grieving for her when a cosmic being known as the Monitor told the couple that Flash would perish in the upcoming Crisis. Barry has currently accepted his fate, even if his friends haven’t.

READ THE COMICS THAT INSPIRED THE FLASH 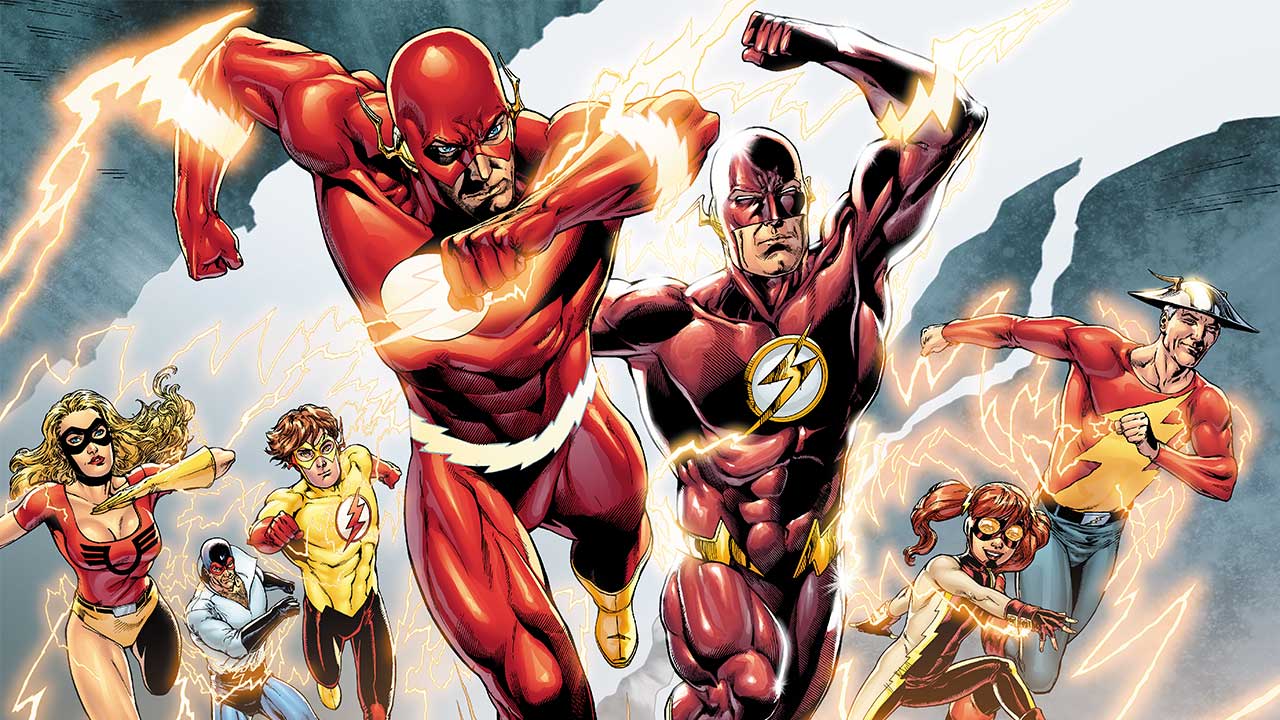 If you’re a fan of the Flash television series, and you've always been curious about its comic book source material, we’re here to help get you started on your speed-reading journey. Just take your time – it’s not a race! If you want to do a deep dive into the essential Flash storylines, we have a comprehensive reading guide for beginners right here. 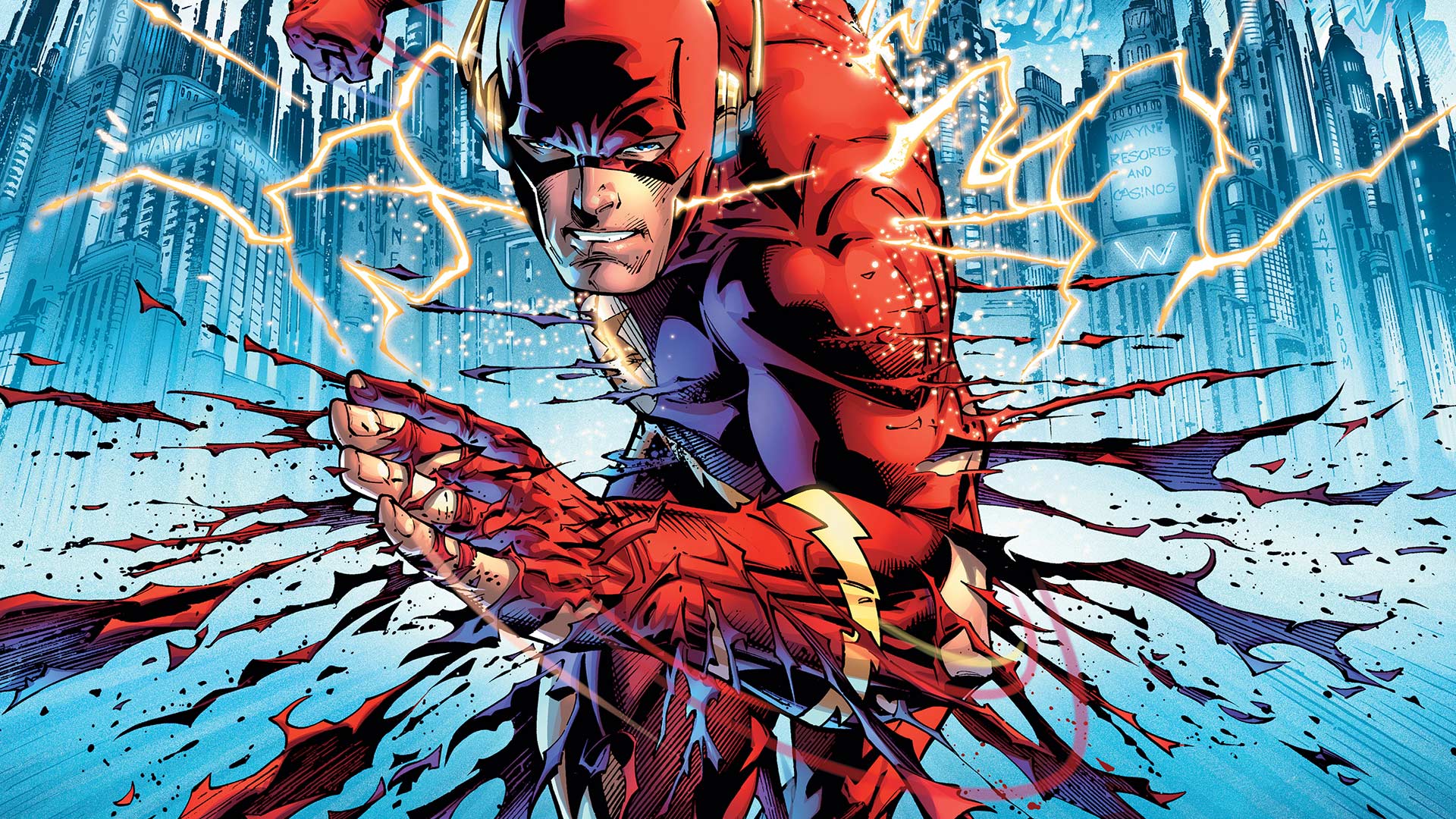 If you want to go beyond this list, many of the show’s most memorable storylines have been inspired by some classic comic books. Remember Flashpoint, the story where Barry altered the timeline so Reverse-Flash never murdered his mother? That was inspired by an epic comic book event that, like the television series, saw Barry’s actions result in extreme consequences. 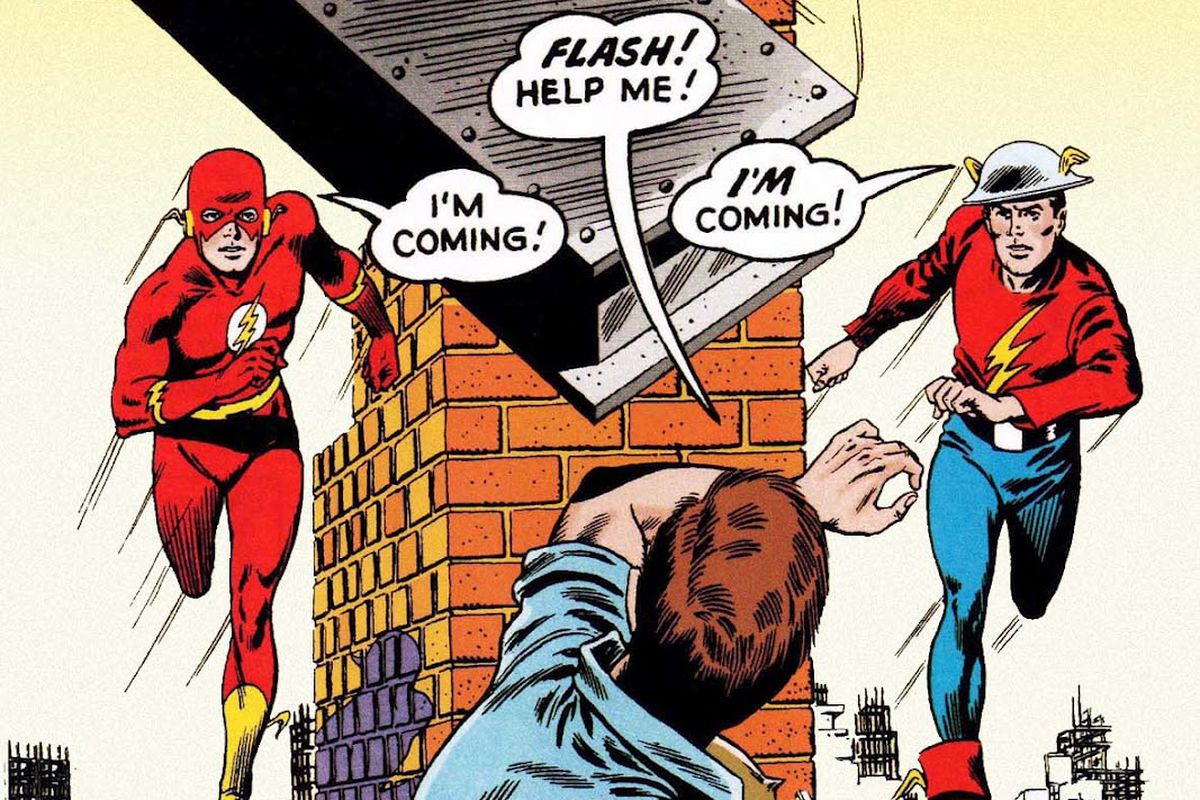 Season 2 also did its own version of the classic “Flash of Two Worlds” story from 1961’s Flash #123, in which Barry Allen first met Jay Garrick, the Flash of Earth 2. One of the episodes even recreated the issue's iconic cover. 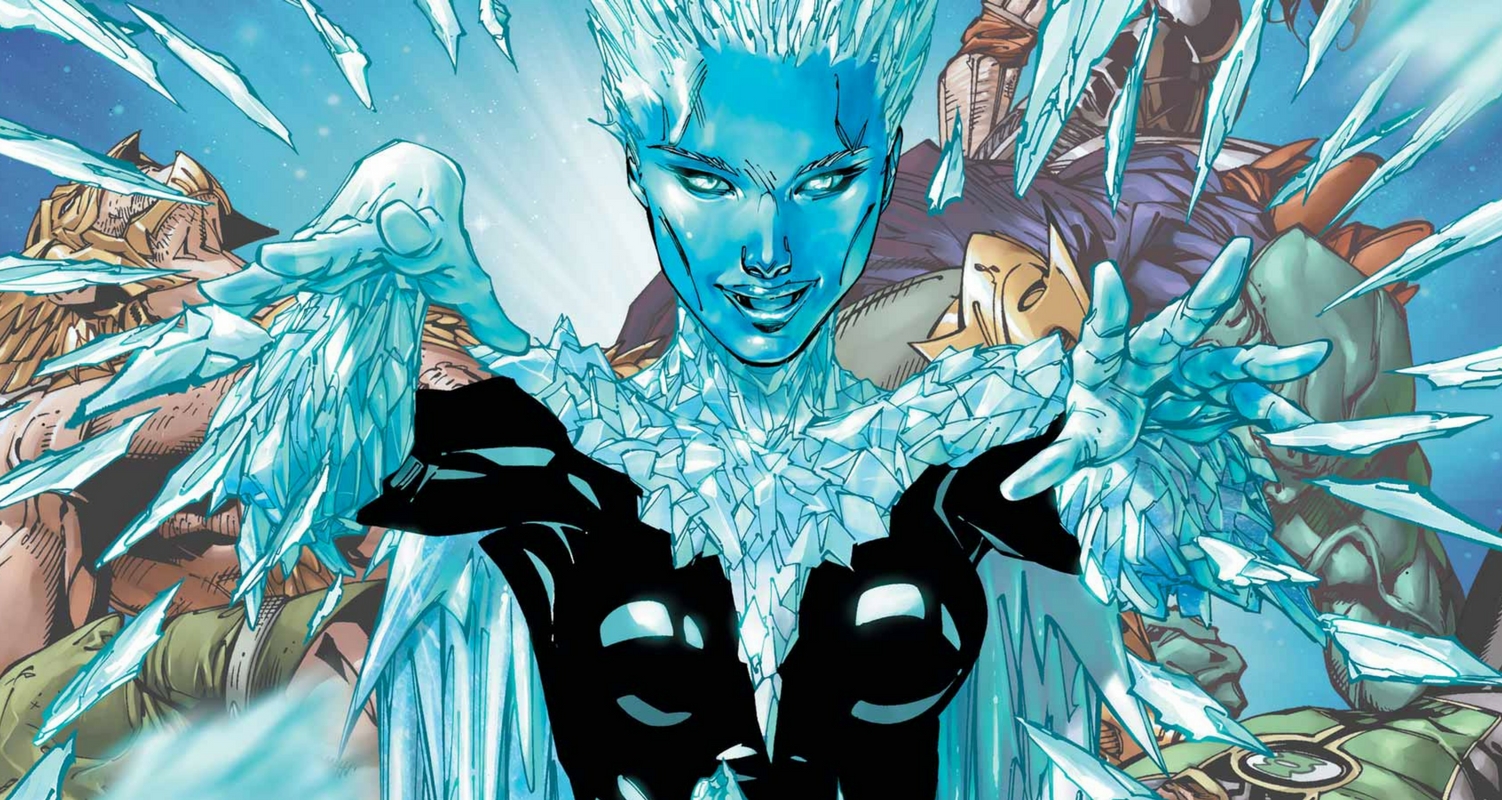 There have been several versions of Killer Frost over the years, and Caitlin Snow is the latest in this line of icy villains. If you’re a history buff, you can check out the first appearance of Killer Frost in 1978’s Firestorm #3. The first person to call themselves Killer Frost was a woman named Crystal Frost, and she was a frequent adversary of Firestorm. Caitlin Snow’s transformation into Killer Frost was revealed in Justice League of America #7.2, where she was forced to fuse with a coolant system to save her life. Since then, Snow has been something of a “temperature vampire,” who must absorb the heat out of every living being she finds. Chilling isn’t it? 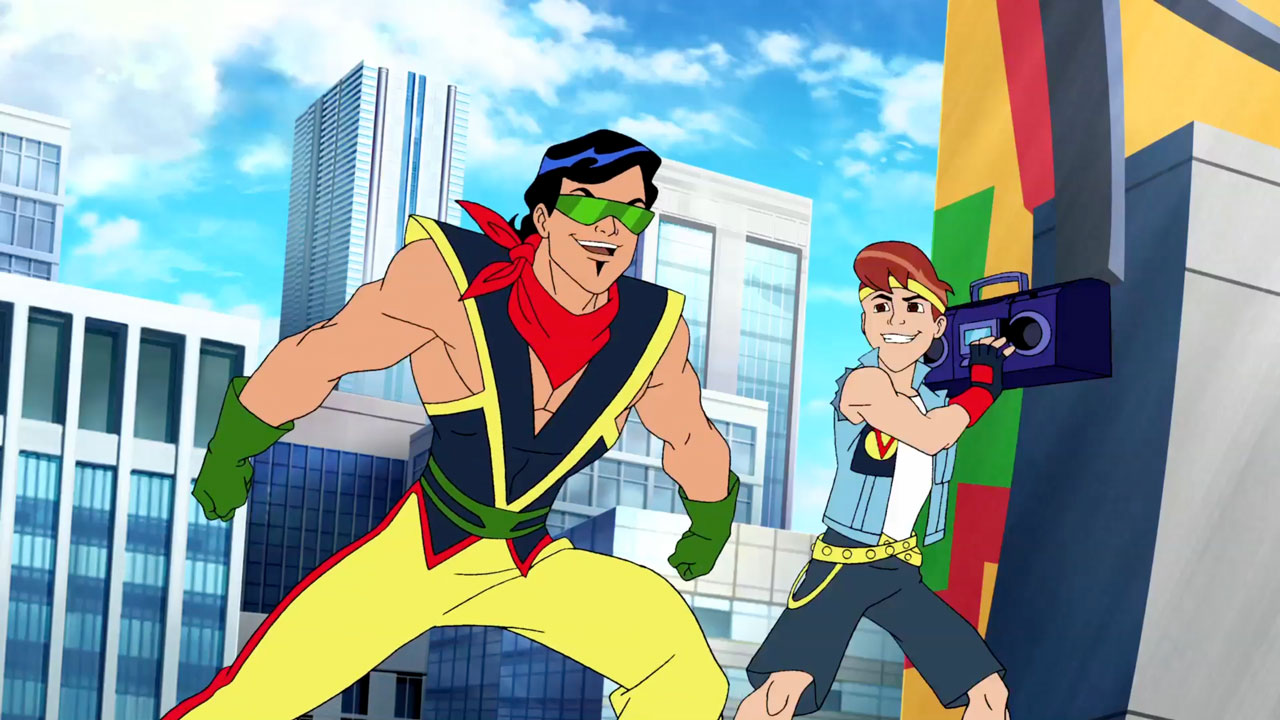 The Flash's buddy Cisco Ramon’s comic roots are a bit more lighthearted. Originally he wasn’t a scientist, and he didn’t have portal powers. He was a breakdancer, and a leader of a local street gang when he first appeared in 1984’s Justice League of America Annual #2. At the time his name was Paco Ramone, and his powers came from vibration waves. If you’re looking for a fun tribute to Vibe’s breakdancing roots, check out the animated DC Nation Shorts: Vibe. Trust us, it’s worth a watch! 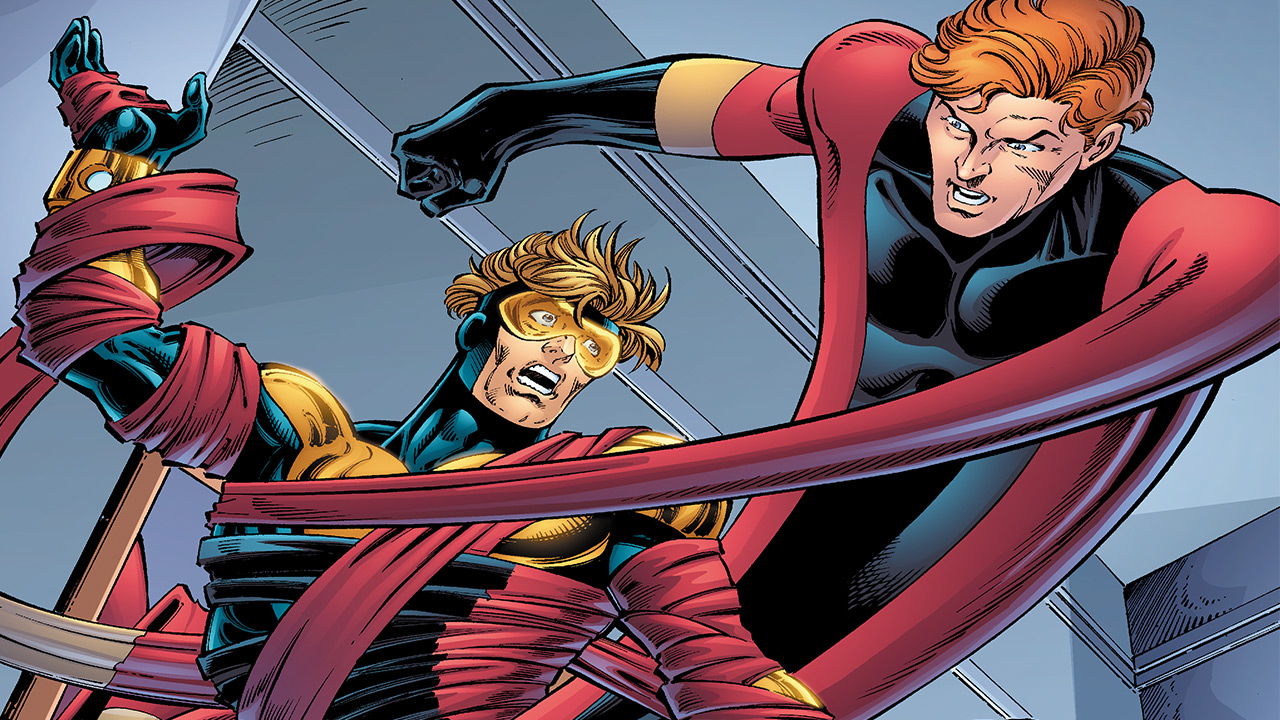 The Elongated Man (real name Ralph Dibny) is a stretchy superhero who is one of the latest additions to Team Flash. His comic book counterpart also started out as a Flash ally in 1960’s Flash #112. If you’re currently watching the show, you know that Ralph is currently looking for a missing woman named Sue Dearbon. That name might ring a bell for a few comic fans, and if things follow the same path they did in 1961’s Flash #119, there might be wedding bells in Ralph’s future. He just has to survive the Crisis... 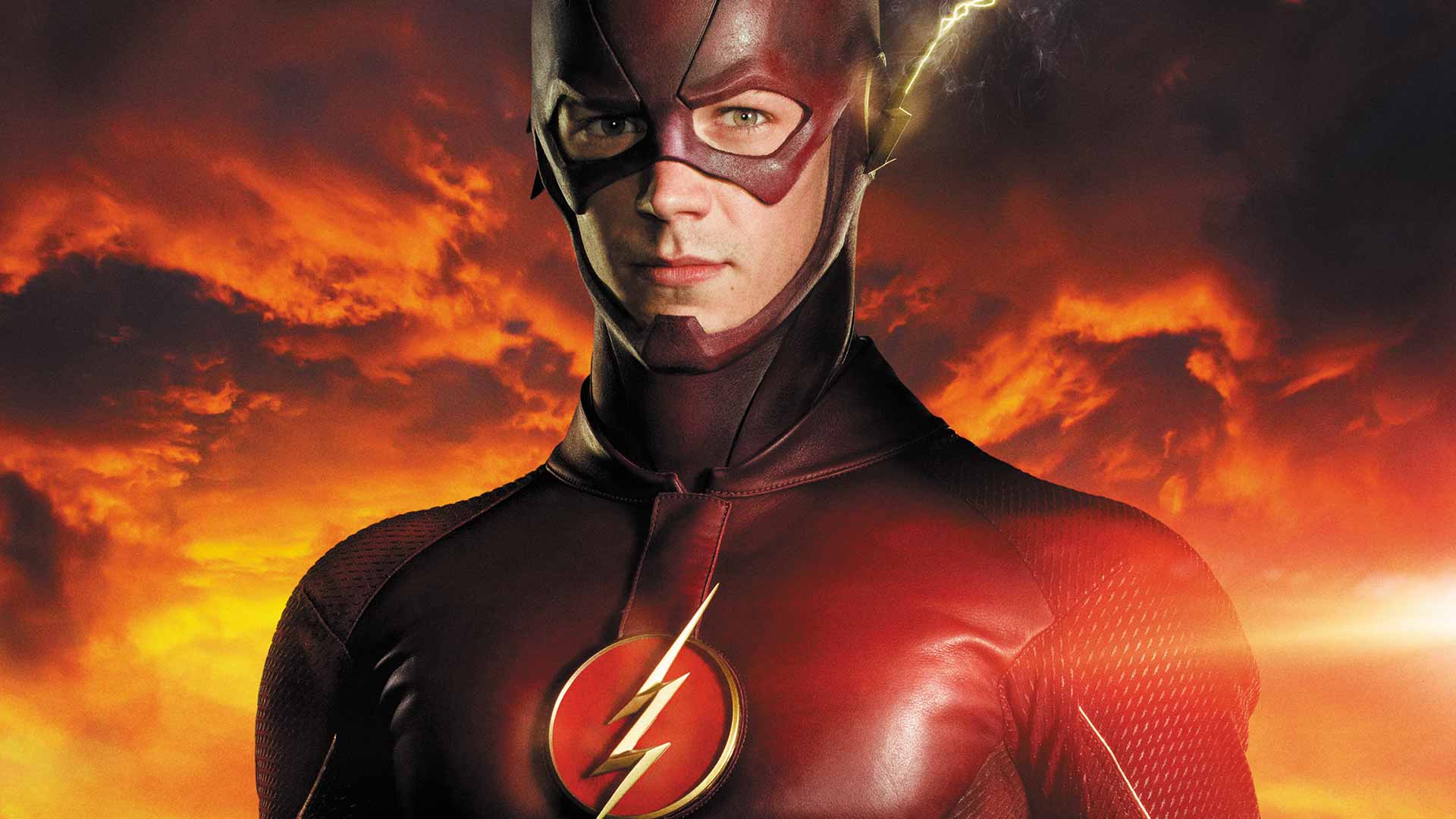 After brushing up on your comic-book lore, you can dive back into the Arrowverse with the Flash: Season Zero comic book series. The comic takes place in between episodes of the first season of The Flash, and deals with Barry and his S.T.A.R. Labs friends trying to get the hang of his new superhero persona. Sometimes things go well for them, other times they don’t, but it’s a great ride and each chapter feels like a fun “lost episode” of the show. 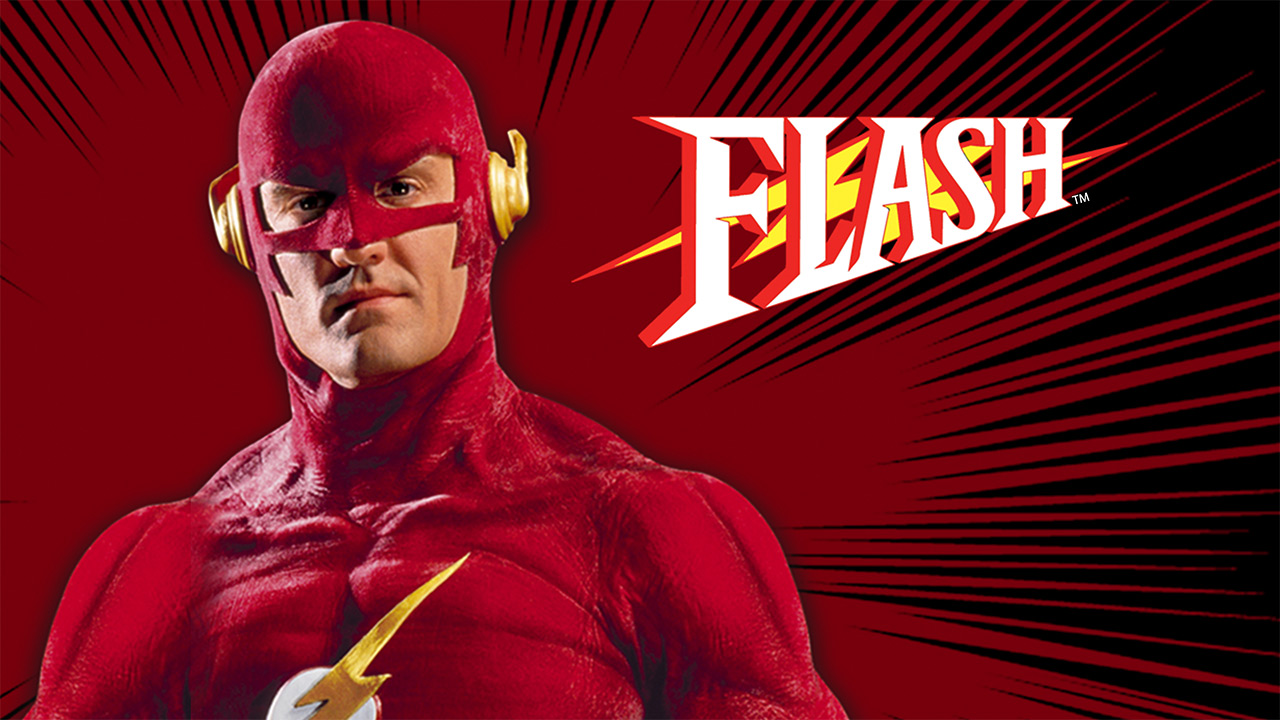 If you want to go beyond the panels, DC Universe also has the complete 1990 Flash live-action series starring John Wesley Shipp. The current Flash show has paid tribute to its TV predecessor in many ways, including casting Shipp as Barry’s father and, later, as Jay Garrick. In fact, Shipp reprised his role as the original live-action Barry Allen in last year’s Elseworlds crossover event. Maybe we’ll see him do the same for "Crisis on Infinite Earths"? We’ll be racing to our televisions to find out!

Are you enjoying THE FLASH’S current season? Let us know in our Community!