Think Hawkman has too much baggage? 2018's Hawkman unpacks his unwieldly legacy in a page-turning modern classic in the making.

BINGE THIS: How 2018's HAWKMAN Elegantly Solves "The Hawkman Problem"

With over 23,000 comics in our vast digital archive, getting caught up on the DC Universe can sometimes feel like a project for several lifetimes. But once you get to know Robert Venditti and Bryan Hitch’s Hawkman, you’ll find that you have all the lifetimes in the world for a title that soars on eagle’s wings and hits like a mace. Never tried a Hawkman book before? You’re not alone. This is the book that will not just make you believe a man can fly, but believe in that man himself. 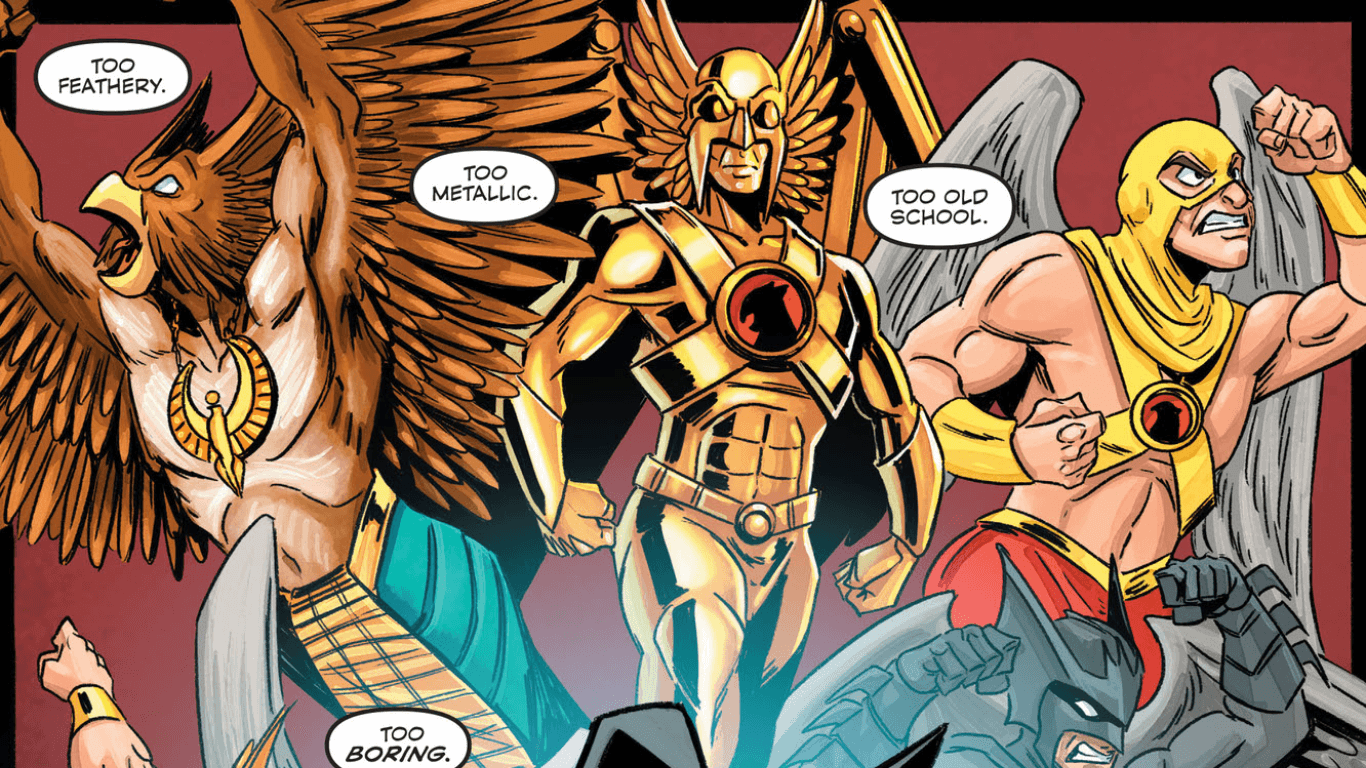 This year marks the 80th anniversary of Hawkman since he first debuted in Flash Comics #1. And for most of that time, quite frankly, writers and editors have had a devil of a time figuring out exactly what to do with him. Hawkman’s hook, if there is one, was that he was a hero who could fly through the air--you know, like a hawk. But it wasn’t too long before heroes like Superman, Green Lantern, and Captain Marvel could fly under their own power as a matter of course, without unwieldy wings, and featured a host of additional powers besides. A hero whose only remarkable ability was flight—and one that came with cumbersome paraphernalia to boot—had all the makings of a dead duck on arrival.

But over the years, some of DC’s greatest writers have taken their attempt to solve “The Hawkman Problem,” in a way to make him engaging to readers. He’s been an alien cop from Thanagar, a reincarnated prince, an elemental hawk god, and even leading right up to the start of this series, a corrupted forger of worlds at the heart of the Dark Multiverse. It’s kind of a joke just how confusing and convoluted Hawkman’s story has become. Is he an alien? Is he a prince? How many reincarnations does he have? And how does Hawkwoman play into all this? 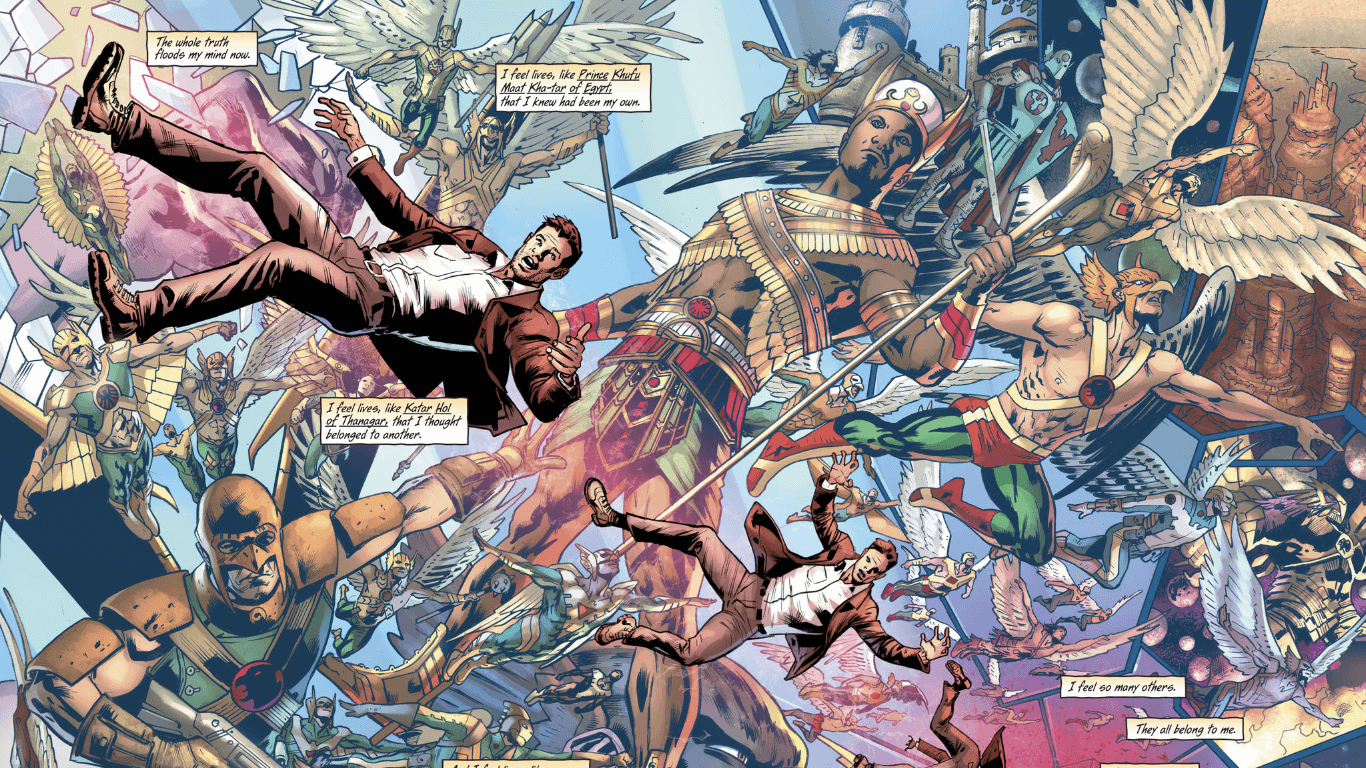 In 2018, 78 years after Hawkman’s complex legacy began, it was Robert Venditti who finally untangled this complex Thanagarian knot. After Geoff Johns had begun to solve the problem in his earlier series suggesting a continuity of reincarnations from the Egyptian Prince Khufu to the modern Carter Hall, Venditti took it one step further -- revealing that Hawkman reincarnated not only across time, but across SPACE. The alien Hawkman, the princely Hawkman, even the Dark Multiverse Hawkman were all one and the same. Different incarnations of the very same hero, endlessly reincarnating across his own personal timeline. The central mystery of the series, of course, is why? And as Venditti and Hitch unfold this mystery together, all the implications of an essentially immortal hero with infinite faces begin to take hold in the reader’s imagination--essentially taking Hawkman from a one note flying man to possibly the most versatile hero in the DC Universe. 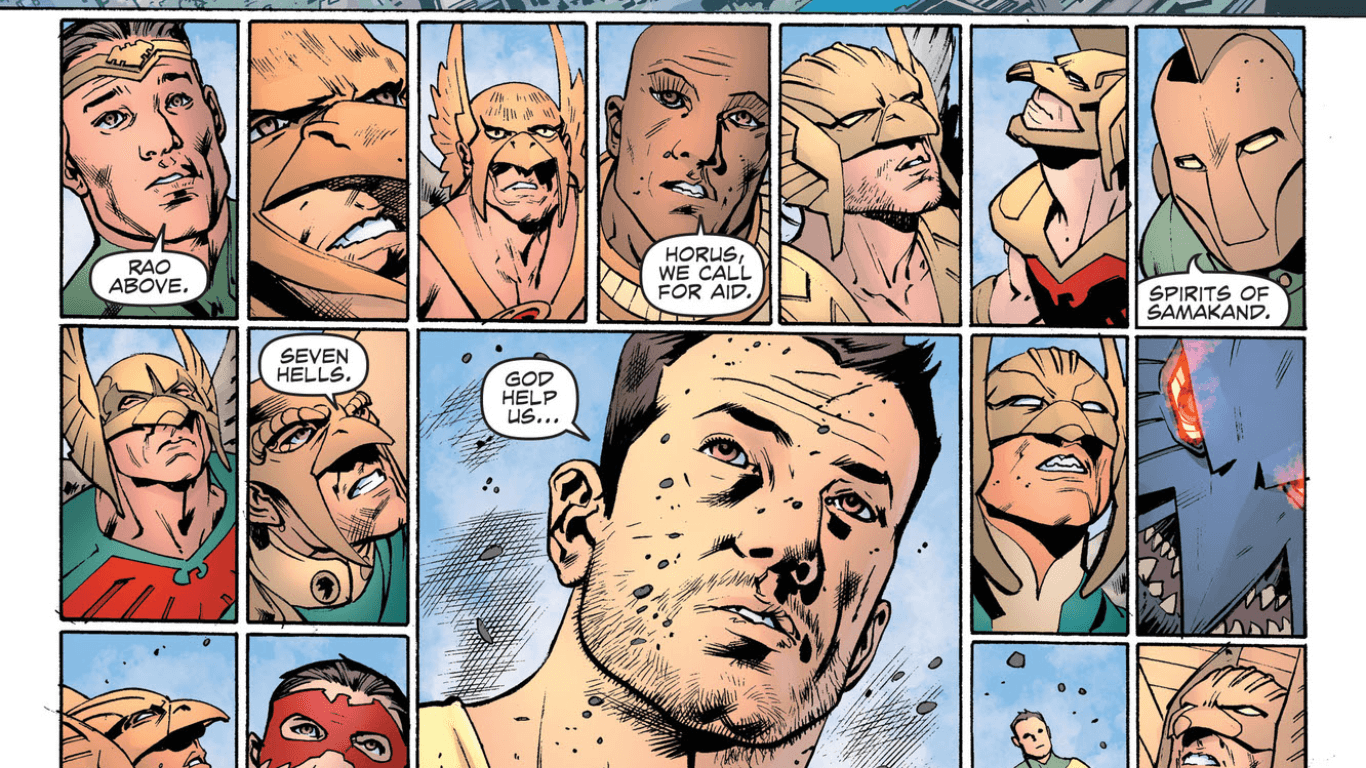 MYSTERY IN SPACE: The cosmic mystery of Hawkman’s true origin is one that any fan of the DC Universe’s vast cosmology can appreciate, as Carter’s quest for answers takes him from the Microverse to the Dark Multiverse and everywhere in between. Where goes the universe, so goes Hawkman.

IT’S ALL CONNECTED: The sheer breadth of Hawkman’s vast network of lives opens up connections to corners of the DC Universe you’d never believe possible for Hawkman. Did he have a life on Krypton? Of course—he was Supergirl’s tutor. What Rann? Sure—he was the archaeologist who inspired the later work of Adam Strange. And everywhere he goes, Hawkman encounters those who know his legend- or at least a version of it. When you amass everything he’s ever done, Hawkman may well be the best known Super Hero in the known universe… and this book will show you why.

BOOK OF DESTINY: After the initial 12 issue mystery is resolved in a matter that will change the way you look at Hawkman forever, that’s when the series gets REALLY magical. One-shot issues exploring lives, times, and worlds that only an ever-changing Hawkman is capable of exploring are all laid bare, presented in a rich vein of storytelling evocative of the time-hopping myths and folklore of The Sandman. (And that’s not a name we throw around lightly.) 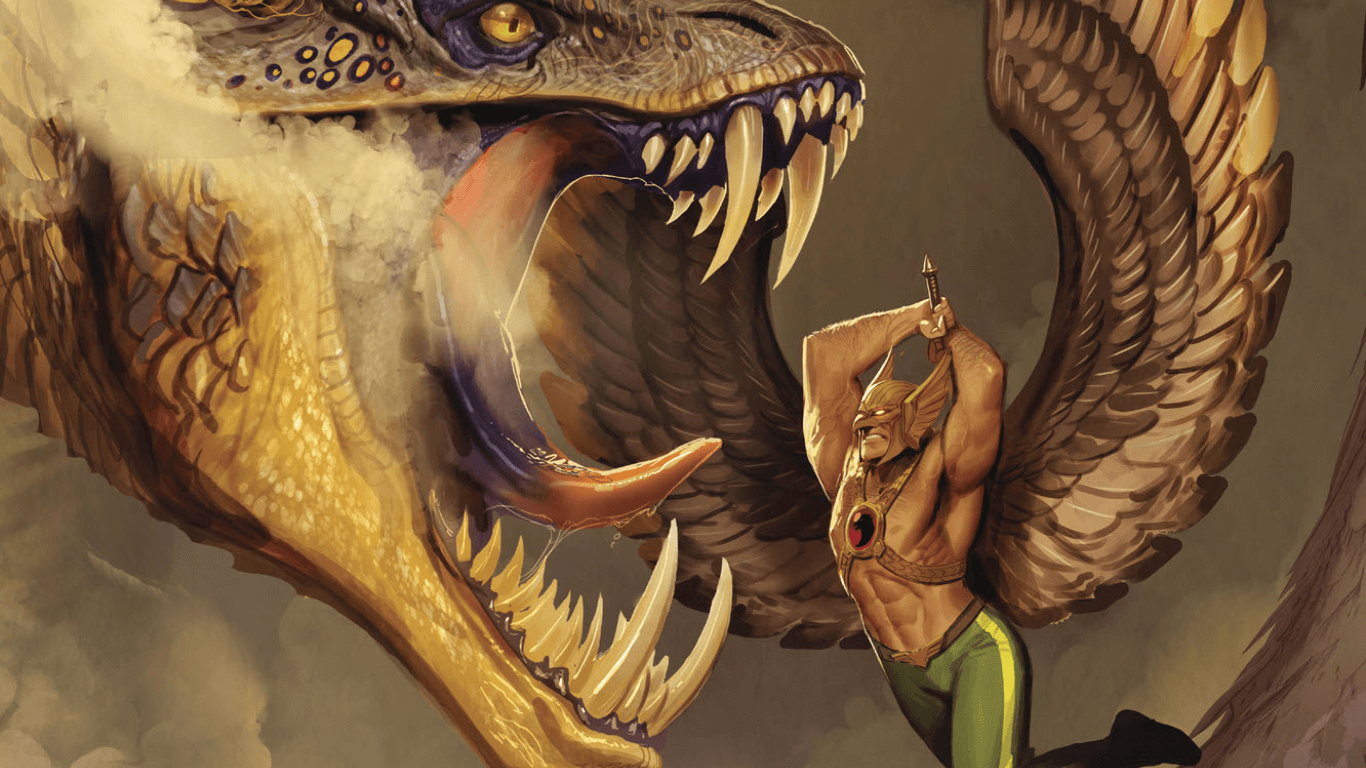 The 2018 Hawkman series is a book for the frustrated Hawkman fan with a lifetime of pieces that never quite fit together, just as much as a book for the comic book reader who has never given Hawkman a chance. Absolutely everything you need to know is right there in the first issue. But even if you’ve been following Hawkman’s complex exploits for years, Venditti’s brilliant, time and space-bending premise is one that can be appreciated as the true, elegant solution to “The Hawkman Problem” once and for all. The first 12 issue arc is already available for you to read, but be sure to check back every month as new issues arrive on DC Universe. Take it from us: this run is going down in history as an all-time classic.

Are you reading the ongoing Hawkman comic? Let us know how you like it in our Community!