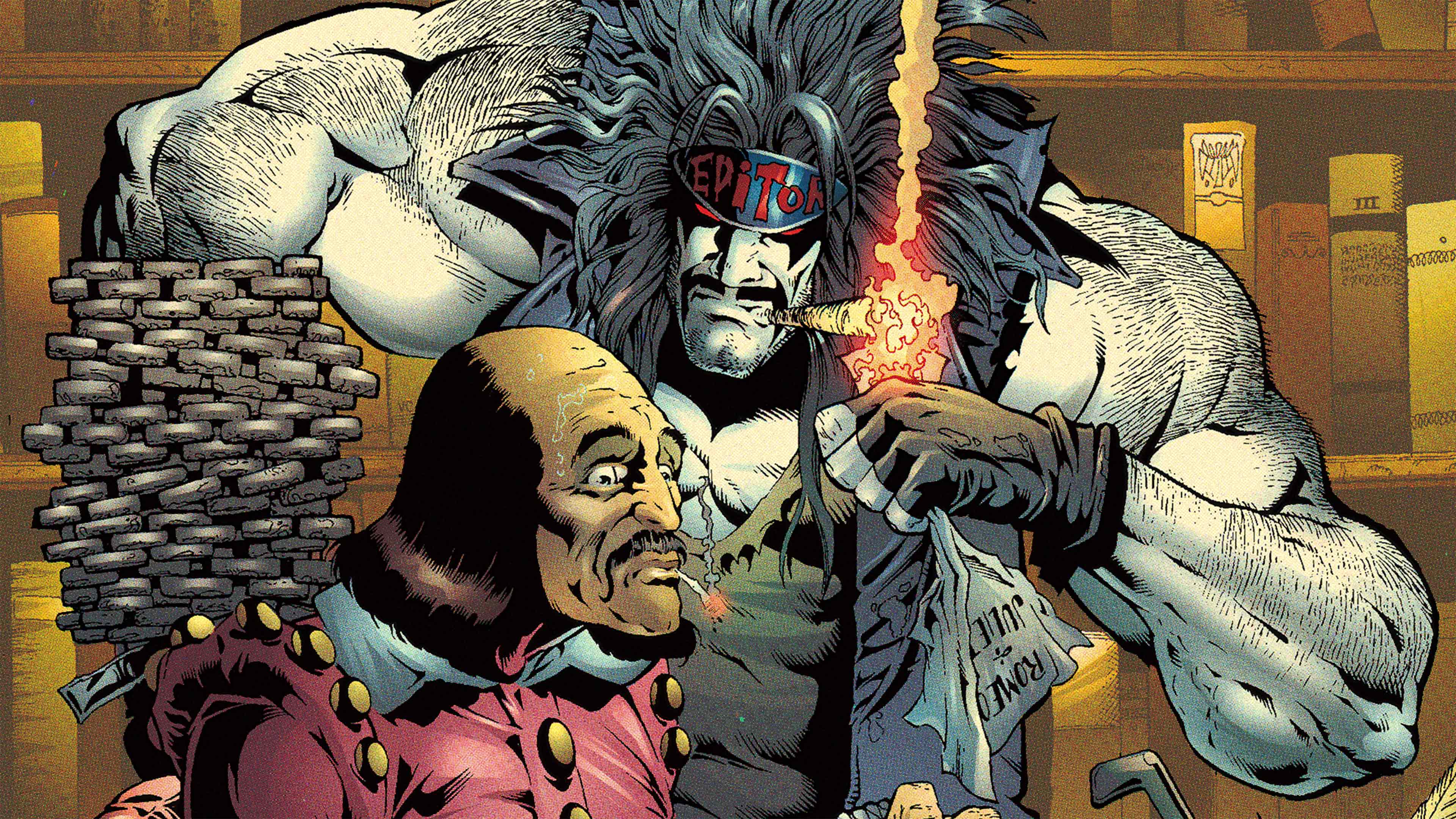 Beware the Ides of March: Shakespeare's Influence in the DC Universe

As we enter mid-March, the classically inclined among us turn to thoughts of William Shakespeare. “Beware the ides of March,” a soothsayer warned Julius Caesar in Shakespeare’s play, like Pariah anticipating the Crisis on Infinite Earths. And just like that, the death of one of history’s most important figures and the work of Shakespeare himself became intrinsically linked. William Shakespeare’s body of work has cemented him as one of the most influential writers of all time. Because the DC Universe and its creators always draw influence from the art and world around them, it should be no surprise that The Bard has left an indelible mark on even the direction of our favorite world of comics. Here are just a few ways that William Shakespeare lives on in the lives of the world’s greatest heroes. 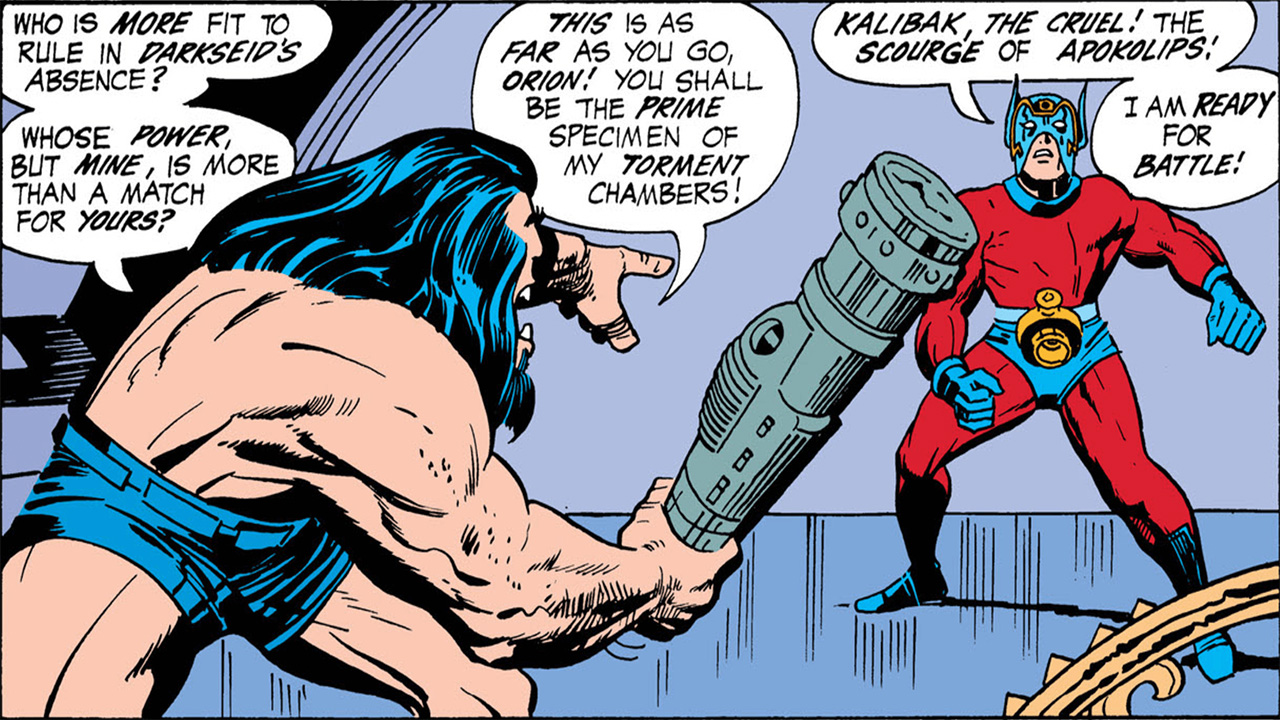 There are few mooks more menacing than Darkseid’s monstrous brute of a son, the ever-frustrated Kalibak. As the child of a powerful god, the universe should be his to do with as he wills -- but due to his form and temperament, he has been denied his birthright at every turn. It’s a compelling portrait of a character from the creative tapestry of Jack Kirby’s New Gods, but one that cannot be placed on The King’s shoulders alone. Students of Shakespeare will recognize Kalibak as a shade of Caliban, the similarly monstrous son of a god in his final play, The Tempest. Kirby was well known for drawing upon a wide variety of mythologies and legends to inform his stories and characters, so it should be no surprise that he also found inspiration from history’s greatest playwright. 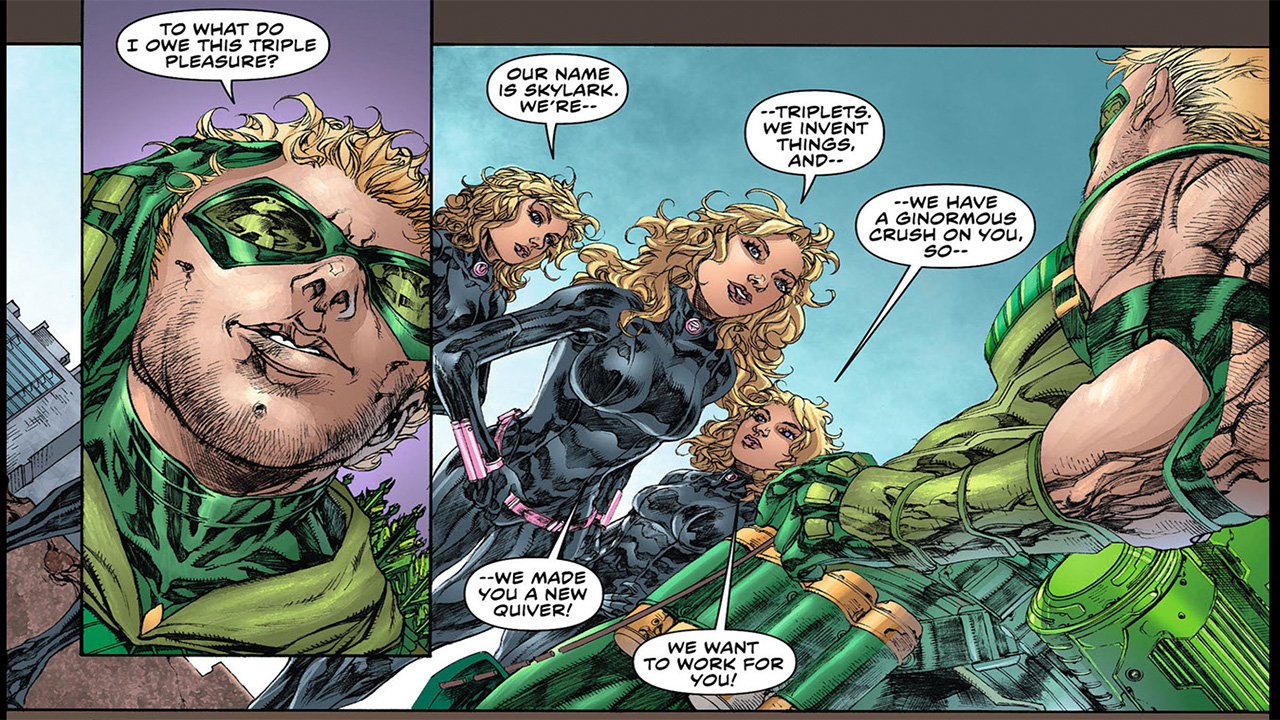 Ann Nocenti’s run on Green Arrow early in the New 52 drew from one of Shakespeare’s most dramatic works, King Lear. In issues #7-9, Nocenti tells the story of “Skylark,” a codename shared by three sisters vying for their father’s approval. As two sisters pursue Green Arrow to seek the family fortune, the youngest defects and stays true to her values -- though, just like the three sisters in the play, the entire Skylark trio meets a tragic end. 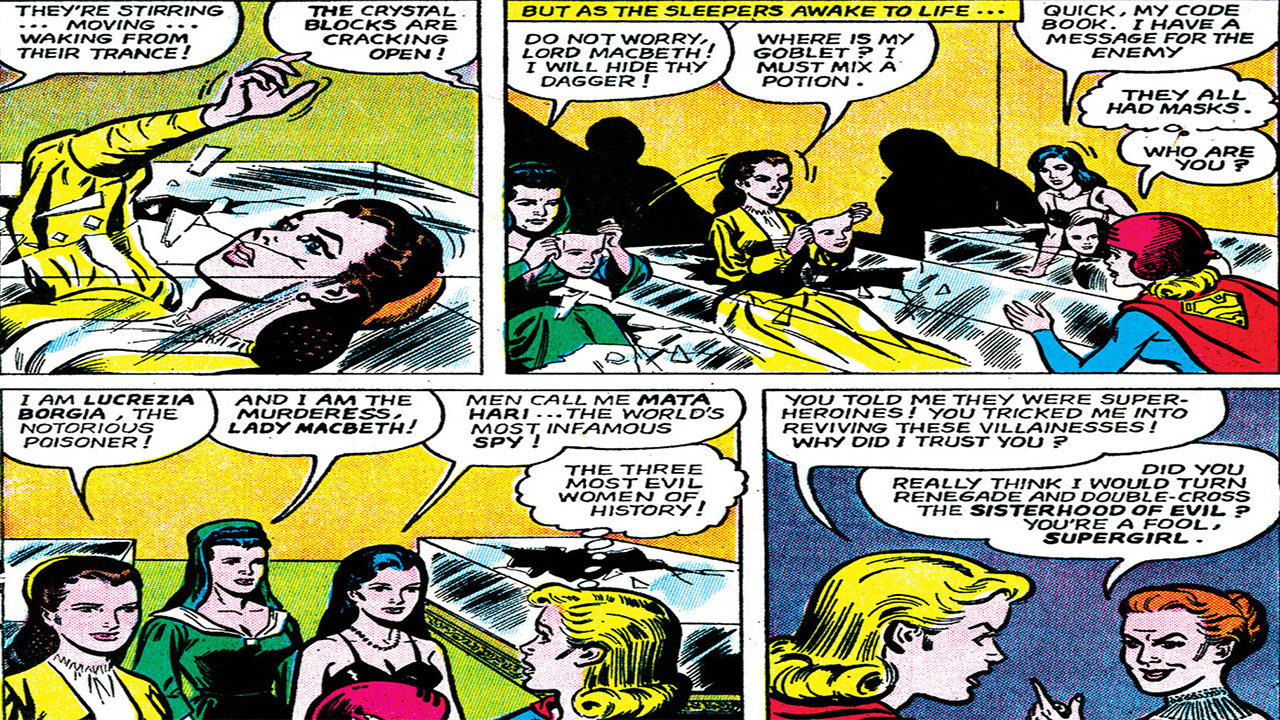 Not just a mere tribute, but Shakespeare’s villainess Lady Macbeth herself appears in a two-part Supergirl story in Action Comics #322-323. Along with Mata Hari and Lucrezia Borgia, Lady Macbeth is resurrected by a trio of conquerors from the planet Feminax as representatives of the most evil women in history -- and it’s only Supergirl who can stop them. Truly, the sequel to Shakespeare’s timeless Scottish play that the world was begging to see. 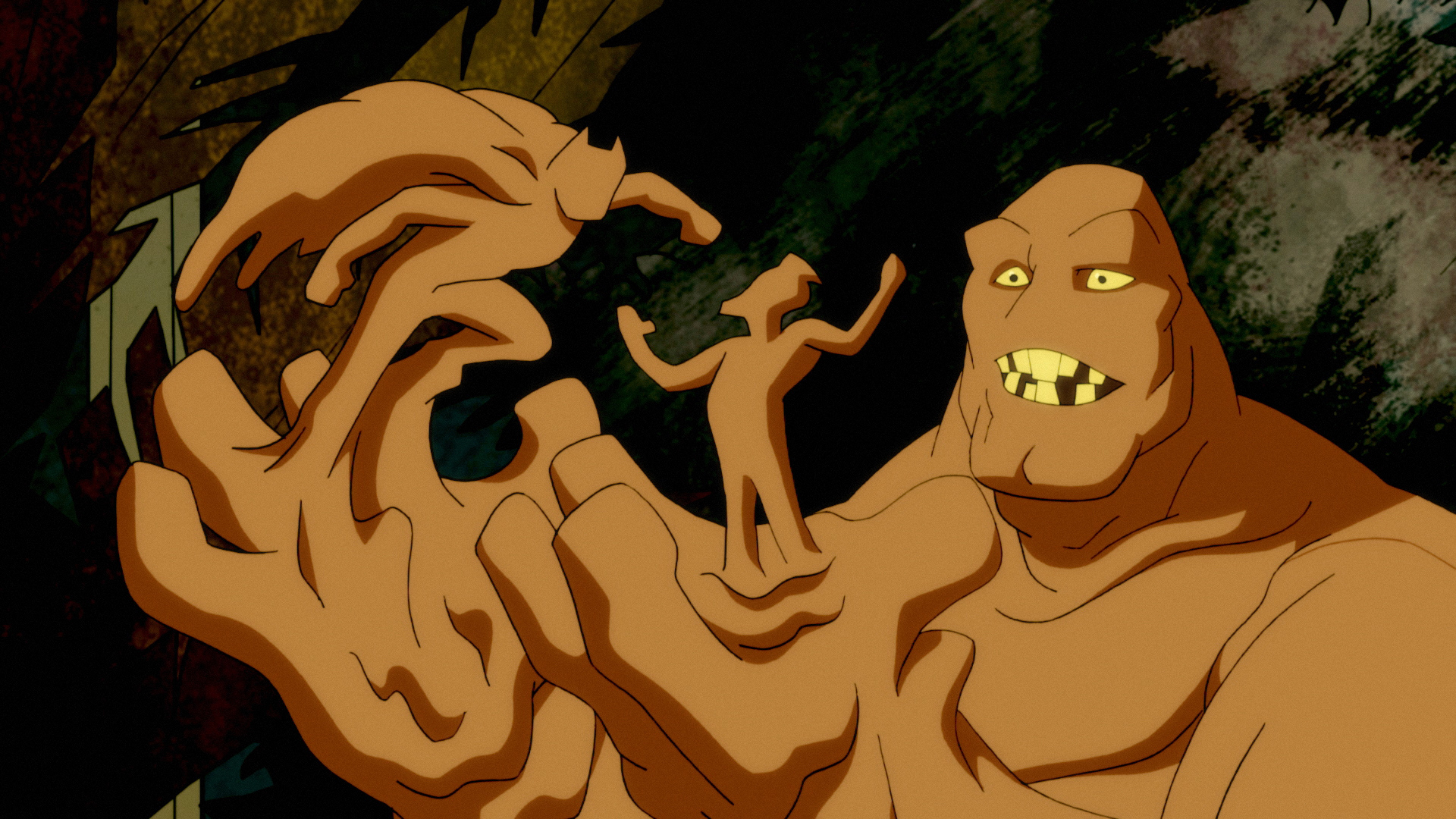 A man with a thousand faces, Basil Karlo has been an actor through and through from his very first appearance. Naturally, as has been the case of so many theatrically inclined, one of his truest loves has always been the dramatic work of Shakespeare. It’s this love of Shakespeare’s work which fosters an unlikely friendship with the young Cassandra Cain in James Tynion IV’s Detective Comics, allowing them both to grow in a world they don’t quite fit into by leaning upon each other. On a lighter note, those dramatic, larger than life, built for the back audience performances which inform the stereotypical view of Shakespeare acting form the backbone of Clayface’s portrayal in DC Universe’s own Harley Quinn animated series -- a farcical interpretation which makes Basil a scene stealer in every episode. 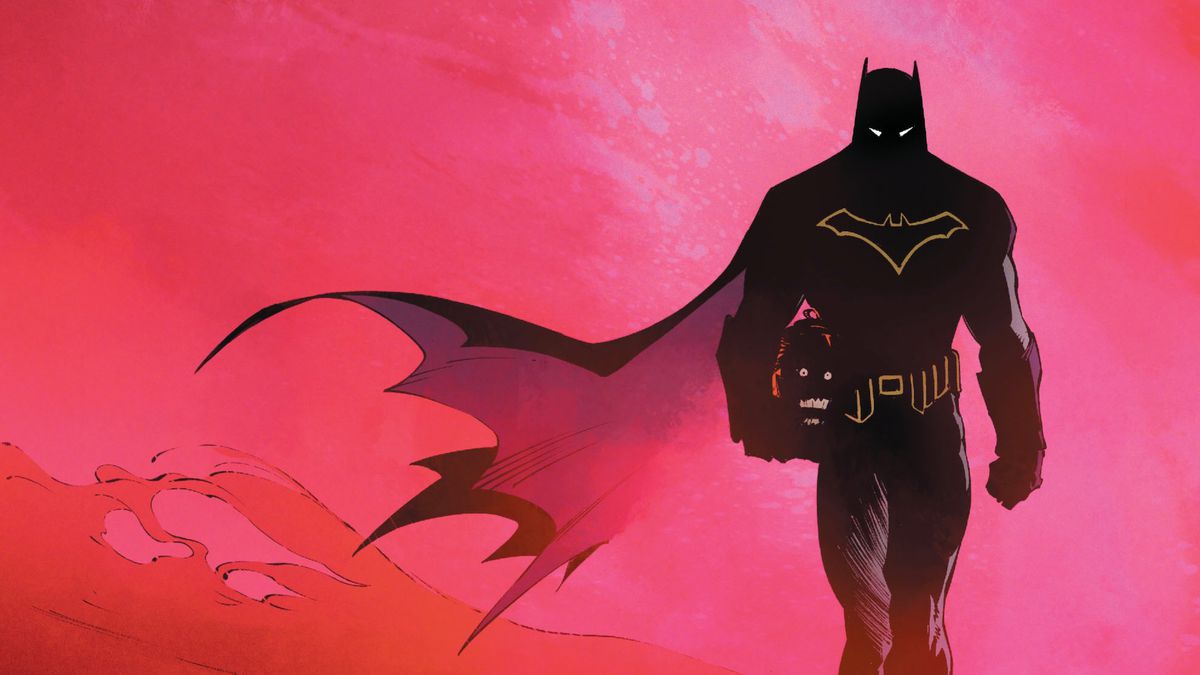 Throughout the epic, intertwined Batman tales spun by Scott Snyder, from “Death of the Family,” through “Endgame,” to “Dark Nights: Metal,” “Legion of Doom,” and “The Last Knight on Earth,” a very consistent image of Batman’s greatest enemy is presented. The Joker doesn’t merely see himself as Batman’s enemy, but his foil: the only man crazy enough to point out the flaws of “The King,” in a way that may actually pierce his hardened exterior. Without The Joker, Batman would lose sight of what makes him Batman. This dynamic explicitly draws upon The Fool archetype which occurs throughout Shakespeare’s work, as both The Joker and the classically trained Alfred Pennyworth recognize in Snyder’s New 52 Batman run. It’s a theme which comes to “a head” as Batman carries Joker’s disembodied one through a blighted future wasteland in “Last Knight on Earth,” as what remains of The Joker provides running commentary on Batman’s actions.

THE VOICE OF BATMAN 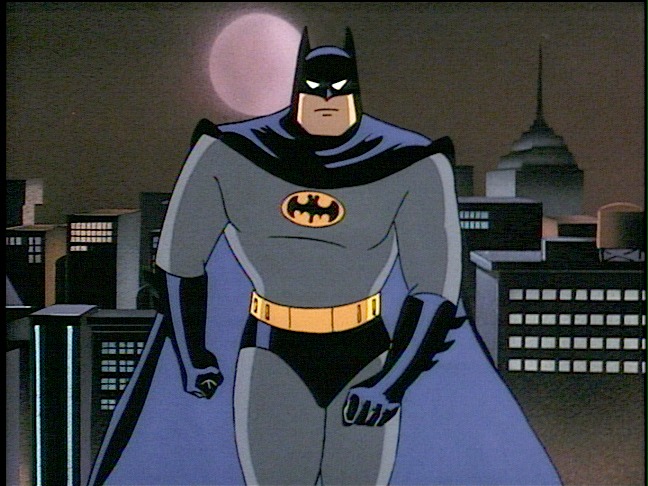 If Superman is, as many have written before, a 20th century manifestation of Judeochristian lore, and Wonder Woman descends from Greco-Roman mythology, then the character of Batman may be just as informed by Shakespeare’s tragedies. After all, as everyone knows, the secret button to enter the Batcave from the reading room in stately Wayne Manor is inside a bust of William Shakespeare himself. Bruce Wayne first met one of his earliest loves, Julie Madison, acting alongside her in Shakespeare productions. Shakespeare was Alfred Pennyworth’s greatest passion, and he ensured that love was passed down to the young Bruce Wayne in his care. Damian Wayne even ended up naming his own dog after one of Shakespeare’s more esoteric works, Titus Andronicus. But perhaps the most important part of Batman to come from Shakespeare… is Batman’s voice.

Kevin Conroy, the man behind the Dark Knight’s scowl in such seminal works as Batman: The Animated Series, Batman Beyond, Justice League and Justice League Unlimited, Mask of the Phantasm, the Arkham video games- the list goes on and on- is, like Alfred himself, a classically trained actor. He cut his teeth trodding the boards to Shakespeare’s greatest works, and it’s that experience which gave Batman the sound that millions of Batman devotees identify with most to this very day.

When Kevin Conroy first auditioned for the role of Batman, he had only one piece of inspiration to work from: Adam West’s sardonic take on the character from the ‘60s TV series. So Conroy delivered  his best Adam West impression, and it went over like a lead balloon. Voice director Andrea Romano stopped him there, and the showrunners informed Conroy on what they were going for here: this wasn’t the multi-camera “Biff Pow” Batman of Conroy’s youth. This was the story of a haunted man driven by a sacred vow, the spectre of his murdered parents always in the forefront of his mind, and caught forever between contentedness and his dark purpose.

As you like it, it’s that connection which has guided Kevin Conroy’s voice of Batman for nearly 30 years. Today, it’s the same voice that many Batman writers themselves hear in their own minds when committing Batman’s words and thoughts to the comics, games, films, cartoons, and beyond. And that’s how Shakespeare continues to speak to us through the Dark Knight to this very day.

What's your favorite Shakespearean work? Talk about it in our Community!