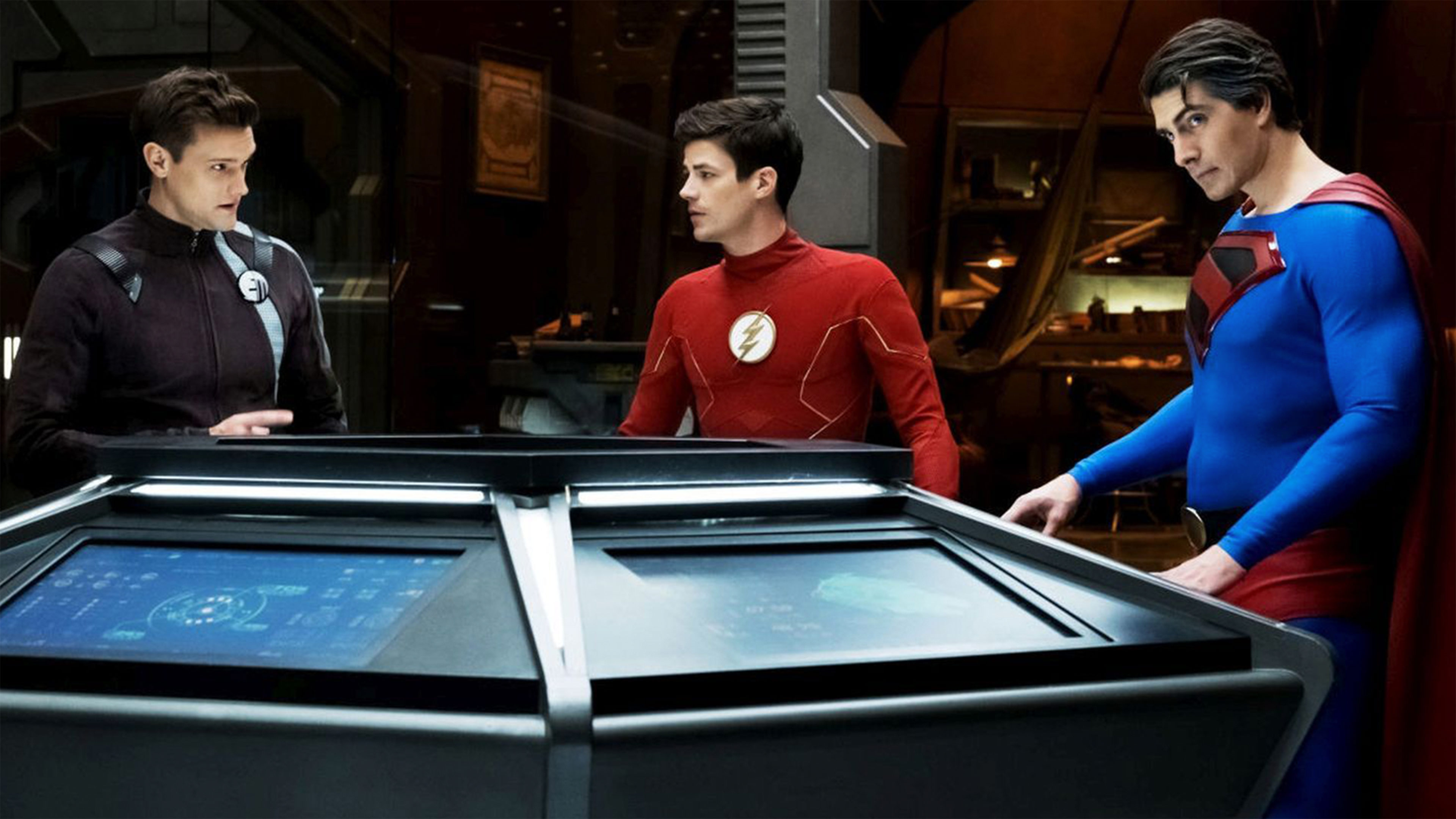 The holidays came early this year, with television’s Crisis on Infinite Earths event giving DC fans the ultimate love letter. The crossover has been filled with tons of great comic book references, callbacks, surprise cameos, and Easter eggs. We recently ran down the Easter eggs for part 1 and 2 of the crossover epic . On December 10th, Crisis on Infinite Earths continued with part 3 airing on The Flash, and here’s our lightning round list of all the Easter eggs we found in the episode!

The episode opens up with a visit to Earth-203, home to the characters from the Birds of Prey television series. The world’s name is a reference to 2003, the year the series premiered on the WB. Ashley Scott reprises her role as Huntress, and even wears her original costume from the series. Although Oracle isn’t seen, Dina Meyer can be heard voicing Barbara Gordon over Helena’s radio before New Gotham is destroyed by the antimatter wave.

When Elongated Man see’s all the heroes assembled on the Waverider he remarks “Holy All-Star Squadron.” The All-Star Squadron was a group of World War II era heroes who starred in their own critically acclaimed series during the Bronze Age of Comics.

While seeking a way to revive Oliver Queen, the heroes journey to Earth-666 to meet Lucifer. We don’t think we need to tell you how Earth-666 got its name. During the establishing shot, a billboard for Watchmen can briefly be seen. Crisis producer Marc Guggenheim had to get special permission from Watchmen showrunner Damon Lindelof to include this.

Tom Ellis reprises his role as Lucifer Morningstar, who he currently plays in the television series Lucifer. Lucifer is a longtime staple of DC’s Vertigo line, first appearing in 1989’s The Sandman #4. Although Constantine tells Lucifer he’s saying his name incorrectly, that was actually Alan Moore’s original and preferred pronunciation for the roguish Brit. That’s right, even the pronunciation contains Easter eggs! 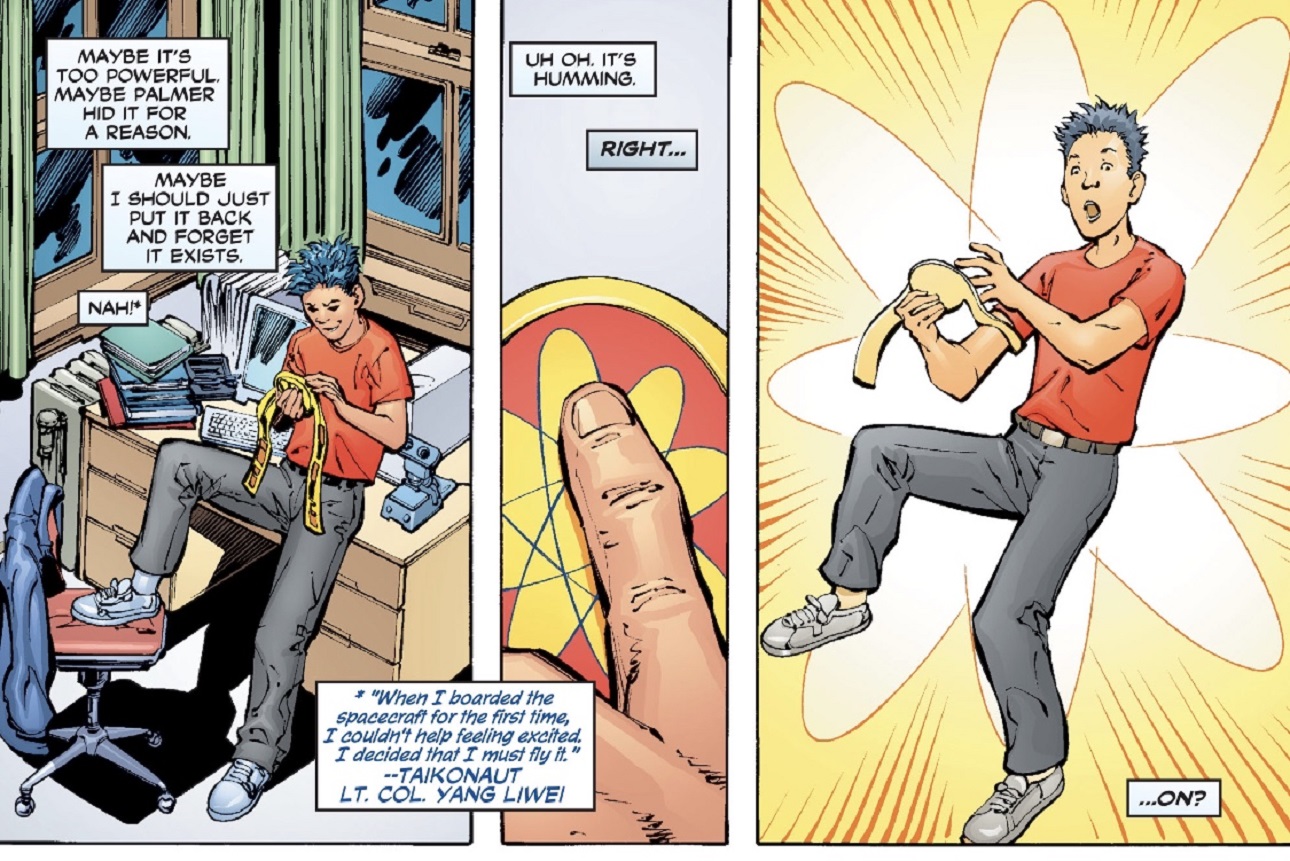 This episode introduces Ryan Choi, the Paragon of Humanity. In the comics Ryan Choi is Ray Palmer’s successor to the Atom mantle. You can read all about his adventures in The All New Atom. The comics version of Ryan is currently unmarried, but this version mentioned having a wife named Amanda. This is possibly a reference to Amanda Turner, a former love interest of his in the comics. Their daughter Simone is named after writer Gail Simone, Ryan’s co-creator.

Black Lightning joins the action this episode, moments after his home on Earth-73 is destroyed. Cress Williams reprises his role as Jefferson Pierce, who he plays on the CW’s Black Lightning. Because Black Lightning is shot in Atlanta, careful coordination and tight scheduling was required to get Williams and his expensive costume to the Crisis set in Vancouver. 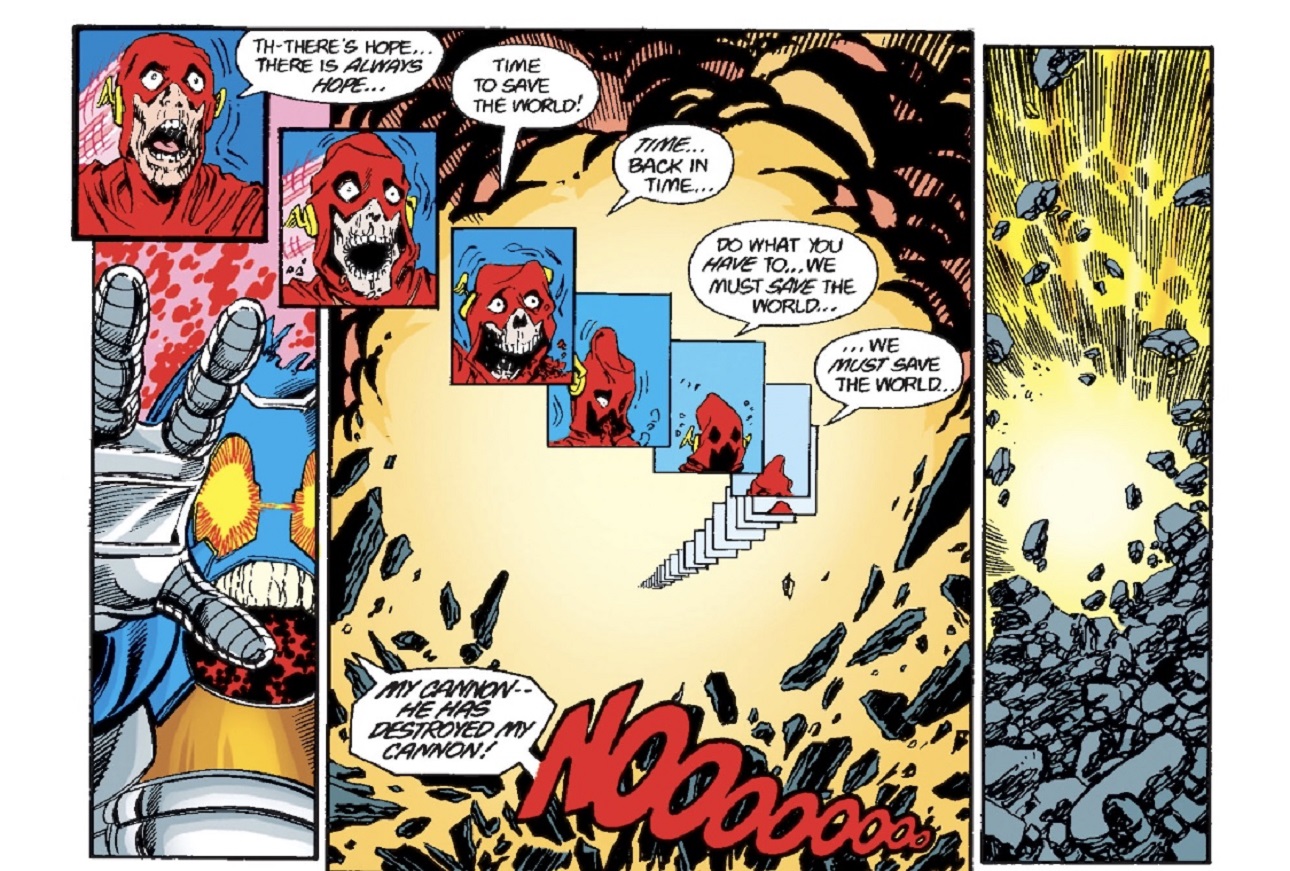 This episode also featured one last appearance from Earth-90’s The Flash, played by John Wesley Shipp. The death of the Flash was one of the biggest moments in the original Crisis on Infinite Earths storyline, with Barry Allen sacrificing himself to destroy one of the Anti-Monitor’s weapons. Shipp recreated that moment here, giving his character a poignant sendoff. Earth-90 is named for the original 1990 Flash television series, and Shipp’s goodbye contained a few references to the fan favorite show. Earth-90 Barry mentions his wife Tina McGee, who was his love interest on the original series. As the Flash goes for his final run, musical cues from his series can be heard, and a scene from the pilot episode appears as a flashback, bringing everything full circle.

During their visit to Purgatory, the heroes were confronted by a man named Jim Corrigan. He spoke of his former life as a decorated cop, and how he now serves as the Spirit of Vengeance known as the Spectre. The ghostly Spectre has been a part of the DC Universe since the Golden Age, and we recently wrote a primer for any readers who are curious about him. Constantine says that Corrigan is different than the one he knows, a reference to the character played by Emmett Scanlan who appeared in the 2014 Constantine television series. 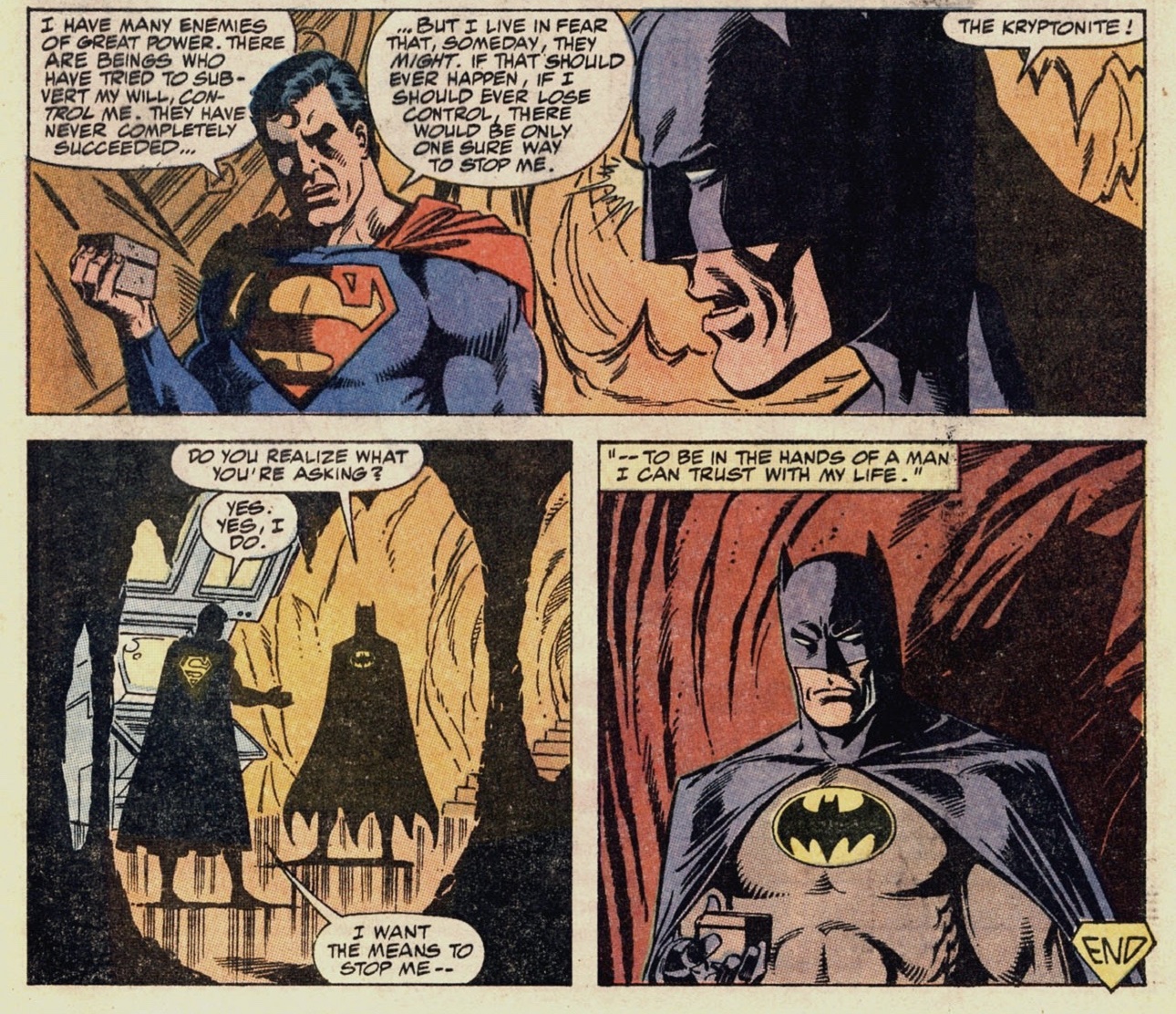 This episode featured a serious talk between Batwoman and Supergirl over the fate of Bruce Wayne’s Kryptonite. Kara told Kate to keep the Kryptonite, and hope she’d never have to use it against her. This mirrors a similar moment in Action Comics #654 where Superman tells Batman to keep Lex’s old Kryptonite ring. 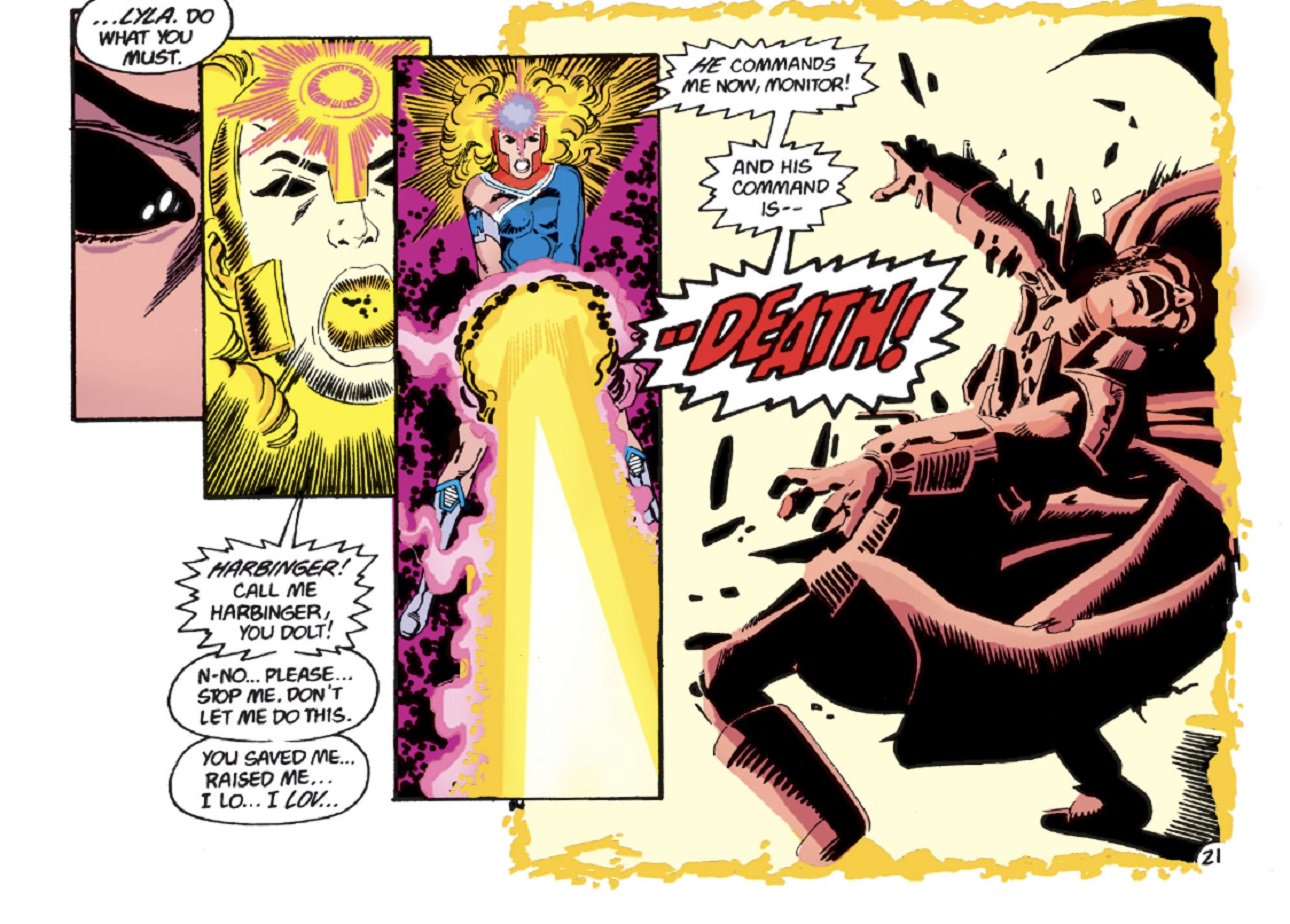 The Monitor met his tragic end when a mind-controlled Harbinger murdered him. The Harbinger’s brainwashed betrayal is based off of a pivotal moment from Crisis on Infinite Earths #4. 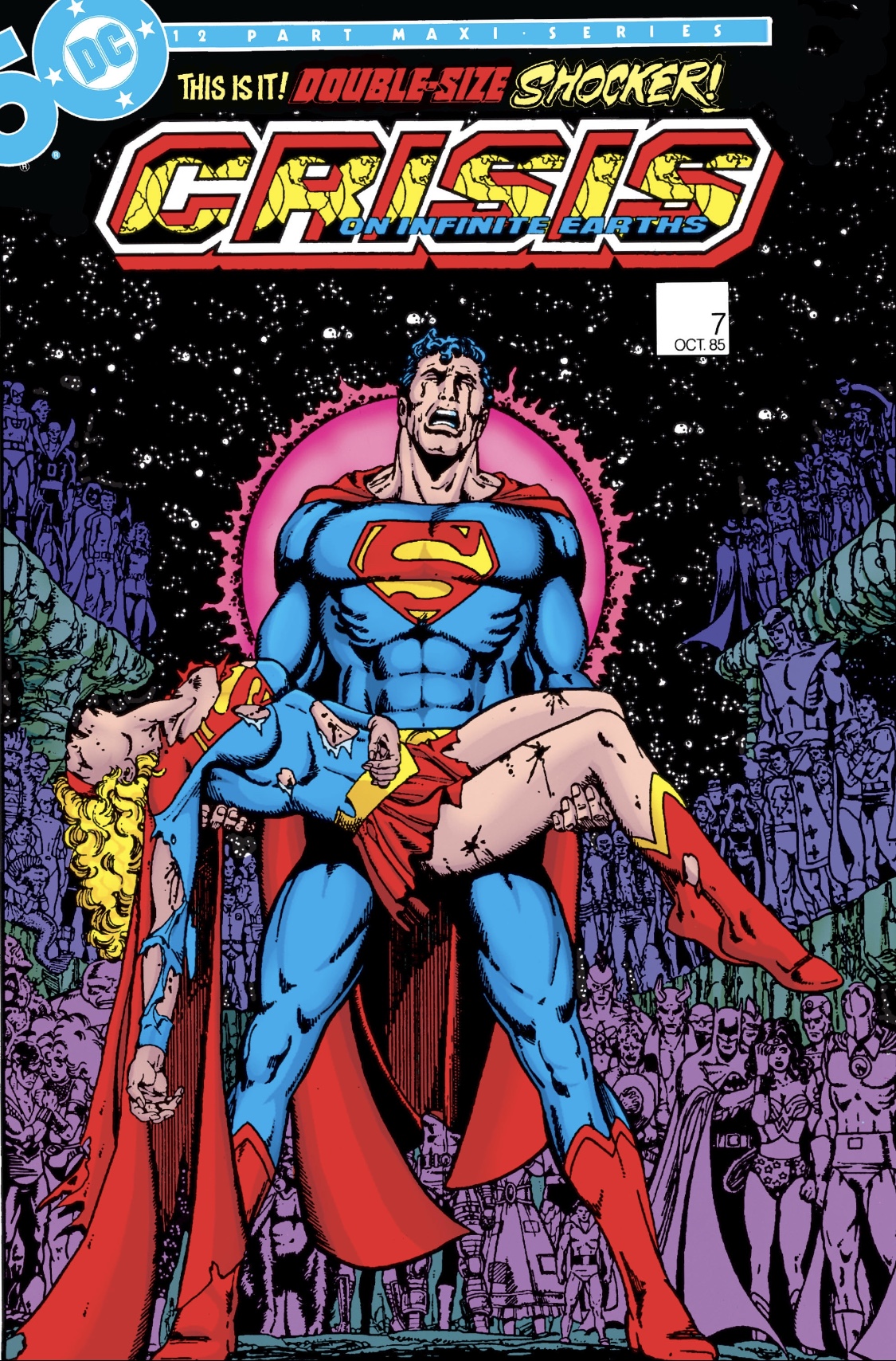 What a cliffhanger! The entire Multiverse has been destroyed, and the Anti-Monitor is still out there. The final two episodes of Crisis on Infinite Earths air on January 14th, be sure to tune in to see how it all ends.