Father’s Day is a time to recognize all the impact that our fathers have had in our lives, shaping us into the people we are today. But in the DC Universe, the tragedy which forms the foundation of any great hero’s story often deprives them of a lasting connection to their parents. That’s why in the DCU, as in real life, family is often where you find it. While these men have never officially parented the heroes who have come to depend on them, it doesn’t make them any lesser as dads. Here are just a few of the great father figures in the DC Universe: 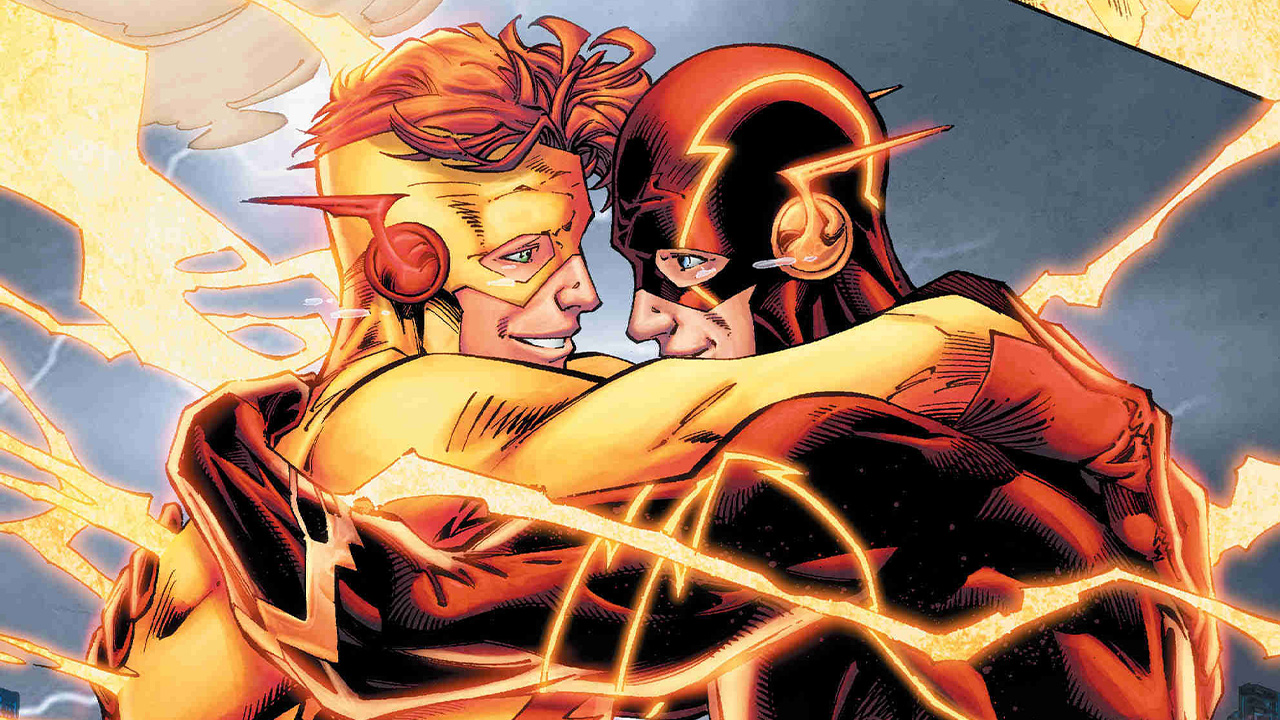 Young Wally West always had trouble relating to his parents, but the one person he always looked up to was The Flash. One might imagine his surprise after learning that the mild-mannered Barry Allen, boyfriend of his aunt Iris, was actually his hero this whole time. As Wally created necessary distance from his misunderstanding biological parents, Barry was always there as The Flash to mentor Wally as he matured into a young man -- and eventually, his own successor. 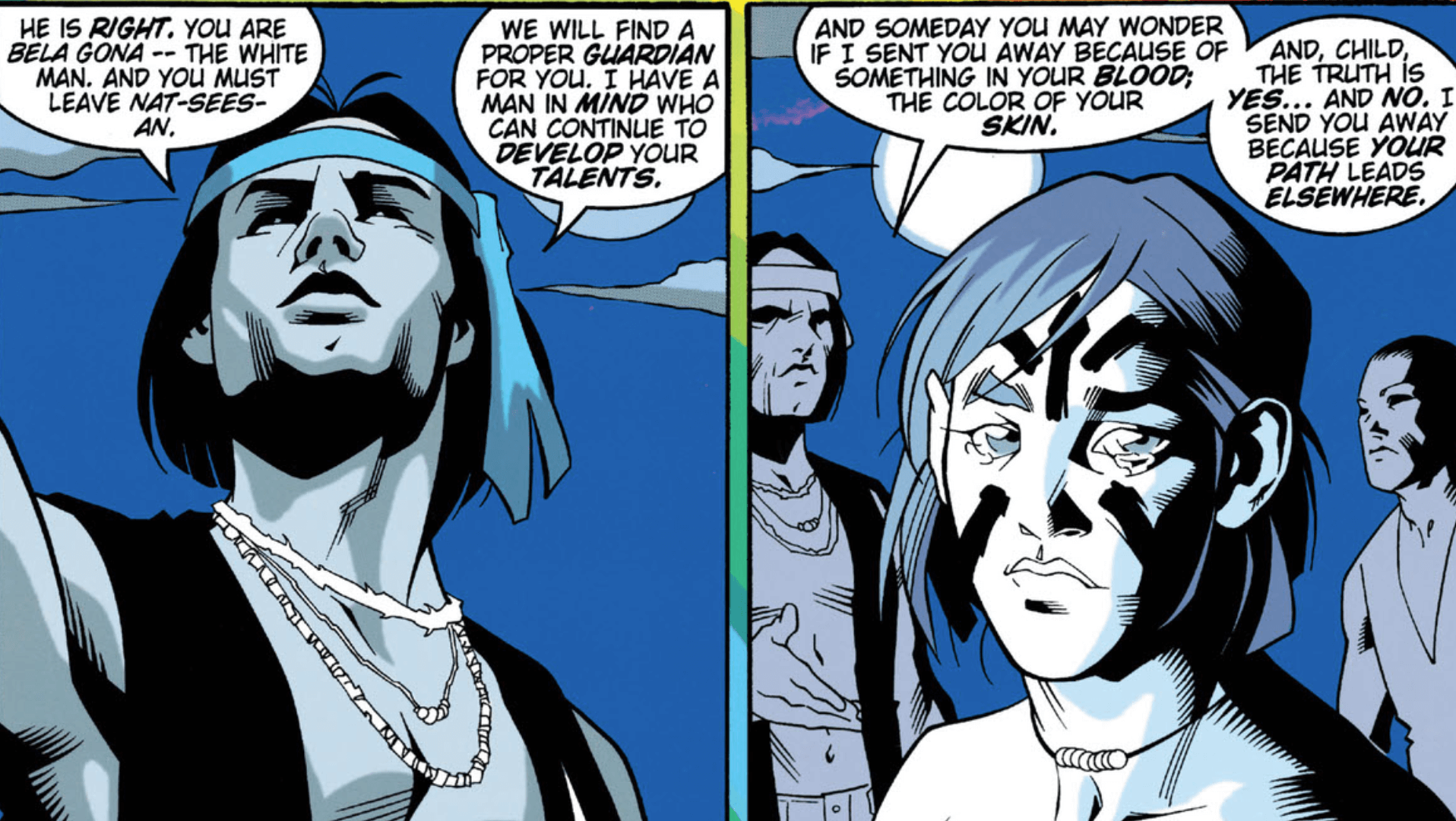 Roy Harper, former sidekick to Green Arrow and best friend to Red Hood, has known a number of fathers in his life. But the most significant might be Brave Bow, a Navajo chieftain who took him in after his biological father, forest ranger Roy Harper Sr., was killed in a forest fire. Growing up with the Navajo, Roy took their values, traditions, and even their archery skills to heart, defining him as a person even before he began his escapades with Oliver Queen across Star City. For the time being, the mystery of Roy’s mother remains unknown, but Arsenal will always be part of the Navajo family. 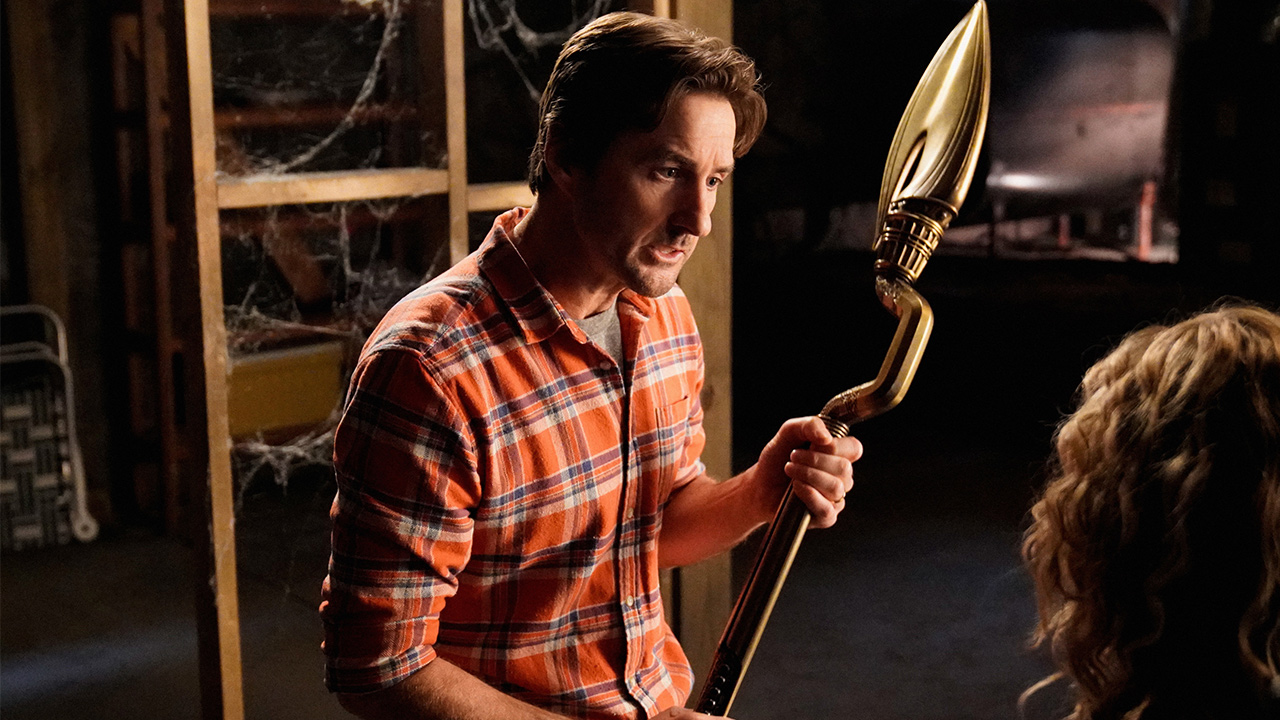 Pat Dugan is just an old soldier doing his best. Dugan started his crime fighting career in 1941 as “Stripesy,” the adult sidekick of Sylvester Pemberton, the kid Super Hero Star Spangled Kid. The dynamic was a strange one even at the time, but the truth is obvious to anyone who looks for it: from the very start, “Stripesy” was just looking after this kid to make sure he didn’t get himself hurt. Sadly, the last days of Infinity, Inc. would see Pemberton fall in battle against the forces of Injustice Unlimited. But Pat would get a chance at redemption after retiring to Blue Valley with his new wife and stepdaughter, Courtney Whitmore -- who, as we are now witnessing on DCU’s Stargirl, is taking up Pemberton’s legacy for herself. This time, Pat is determined to do whatever it takes to protect his “hero,” while earning a place of acceptance in his stepdaughter’s life. 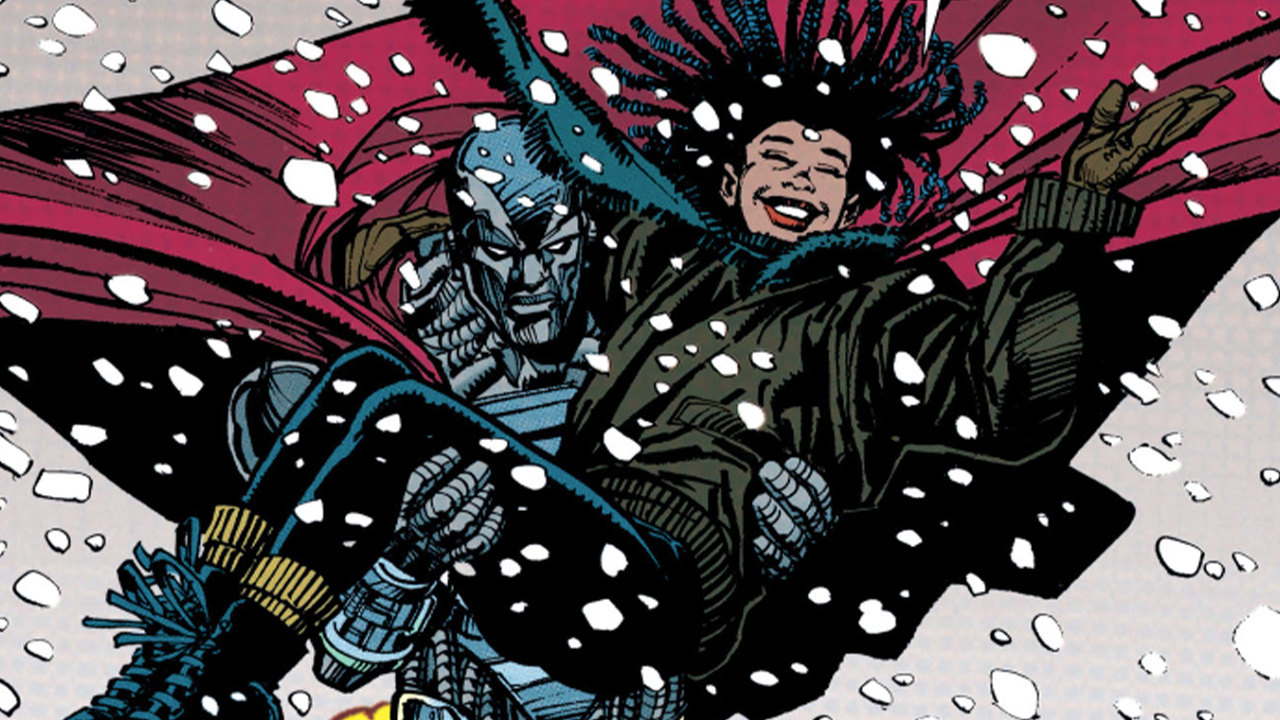 John Henry Irons never set out to be a father, but he’s also never once backed down from doing the right thing, no matter how hard. After John’s brother Clay was apparently killed in a driveby shooting, John stepped up to make sure that Clay’s family was taken care of -- including Clay’s daughter and his niece, Natasha. In his own series, John was always there to help Natasha cope with all the harsh realities of growing up as a young Black woman in America, especially after her father returned as the Super-Villain Crash. John always goes the extra mile to look after Natasha as if she were his own daughter, even when she falls in with the wrong crowd. But it’s that Steely resolve which forged Natasha into the only worthy successor to his mantle. 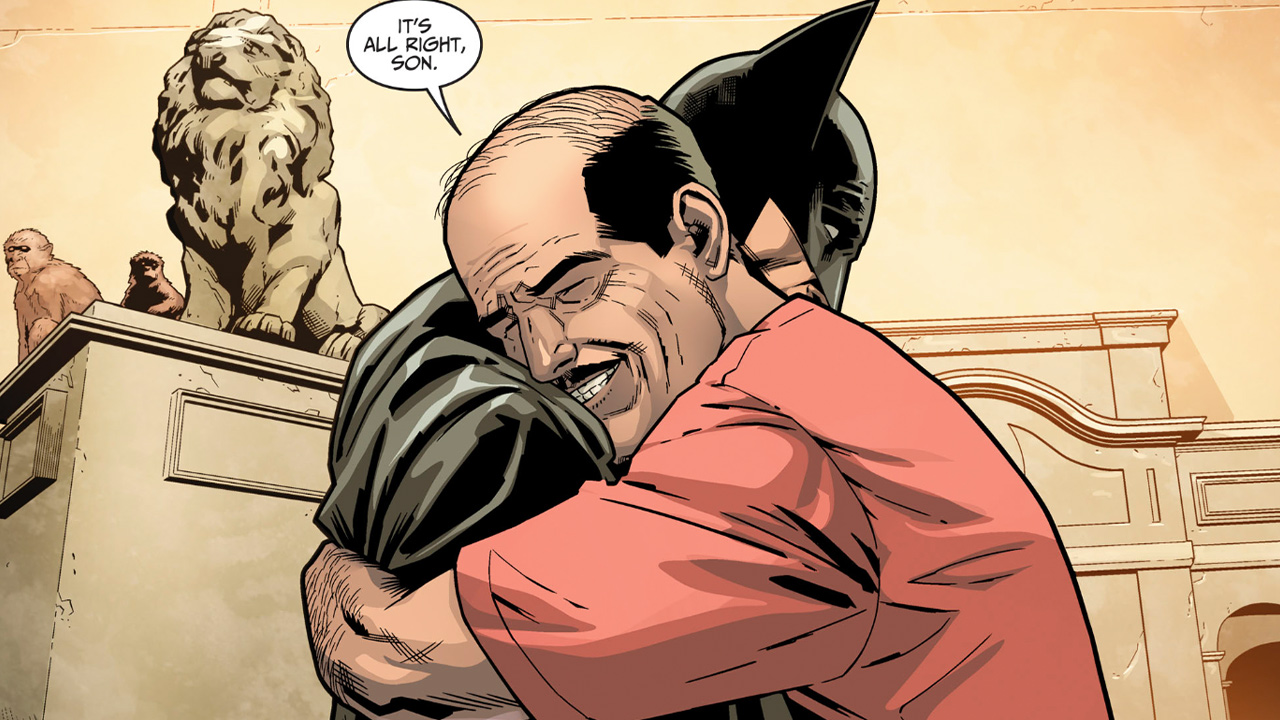 What can we say about Alfred Pennyworth that already hasn’t been said? More than any hero, Batman is defined by the death of his parents on that one dreary night in Crime Alley. But the truth is that despite everything, Bruce has never lacked for a father. Going far beyond the charge of a mere butler, Alfred raised, supported, and offered sage counsel to Bruce Wayne from his childhood well through his career as Batman, never more than an earpiece away. Though Alfred and Bruce rarely speak the true nature of their relationship aloud to each other, it’s clearly one which each of them holds deeply sacred. I guess all we can say is that at this point, you’d have to be some kind of monster to take them apart. 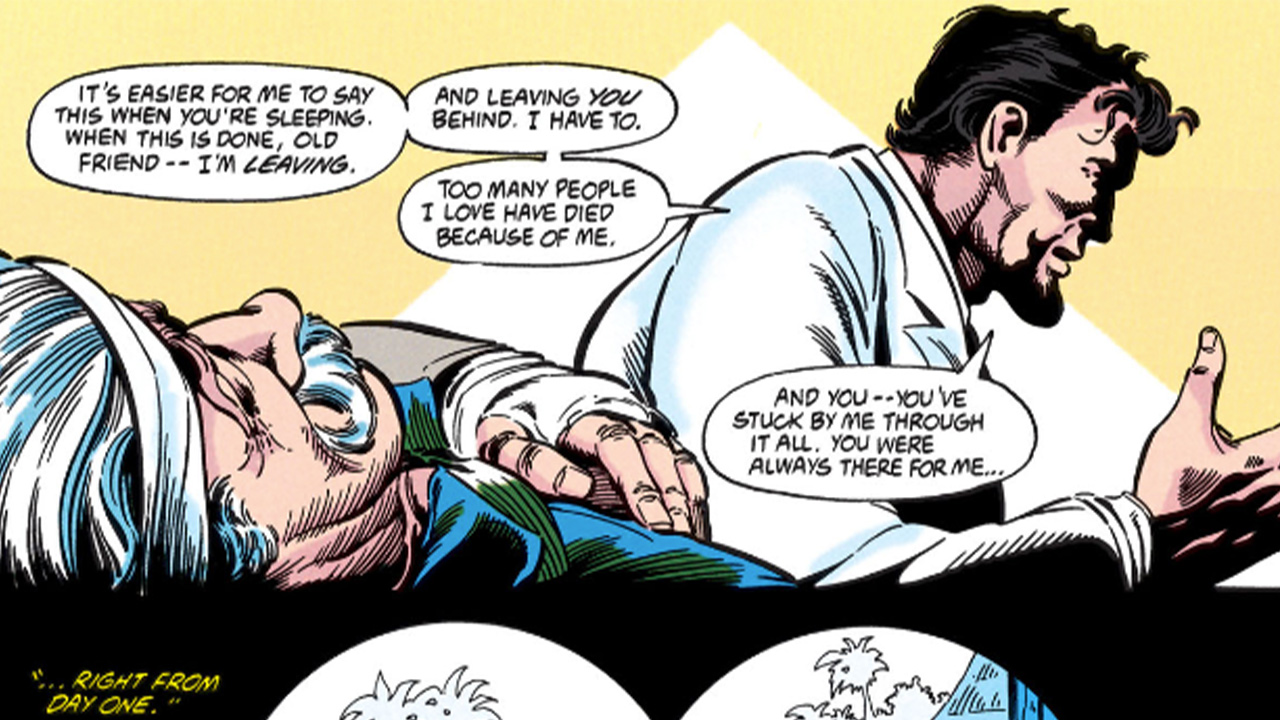 The only reason that the world hasn’t been reduced to a bloody smear by an unchecked Deathstroke’s hand by now is the intervention of one voice of reason: Billy Wintergreen. Once Deathstroke’s older partner on the field in Slade’s younger days, the venerable Mr. Wintergreen now serves much the same function for Deathstroke as Alfred does for Batman (a fact that the two men bond over in “Deathstroke vs. Batman”). But as close as a conscience as Wintergreen is to Slade, he’s even closer to Deathstroke’s kids. Rose in particular has clearly always looked up to Wintergreen as the loving father that Slade was never capable of being. Wintergreen’s greatest secret, in fact, is that he was more than ready to adopt Rose himself when he and Slade discovered her existence -- only for Deathstroke to throw her in with the Teen Titans. Still, Wintergreen has always stuck around even in the worst of times to make sure he can make the best impression on the people he loves. And that’s what being a father is all about.

Who are your favorite father figures in the DC Universe? Let us know in our community!