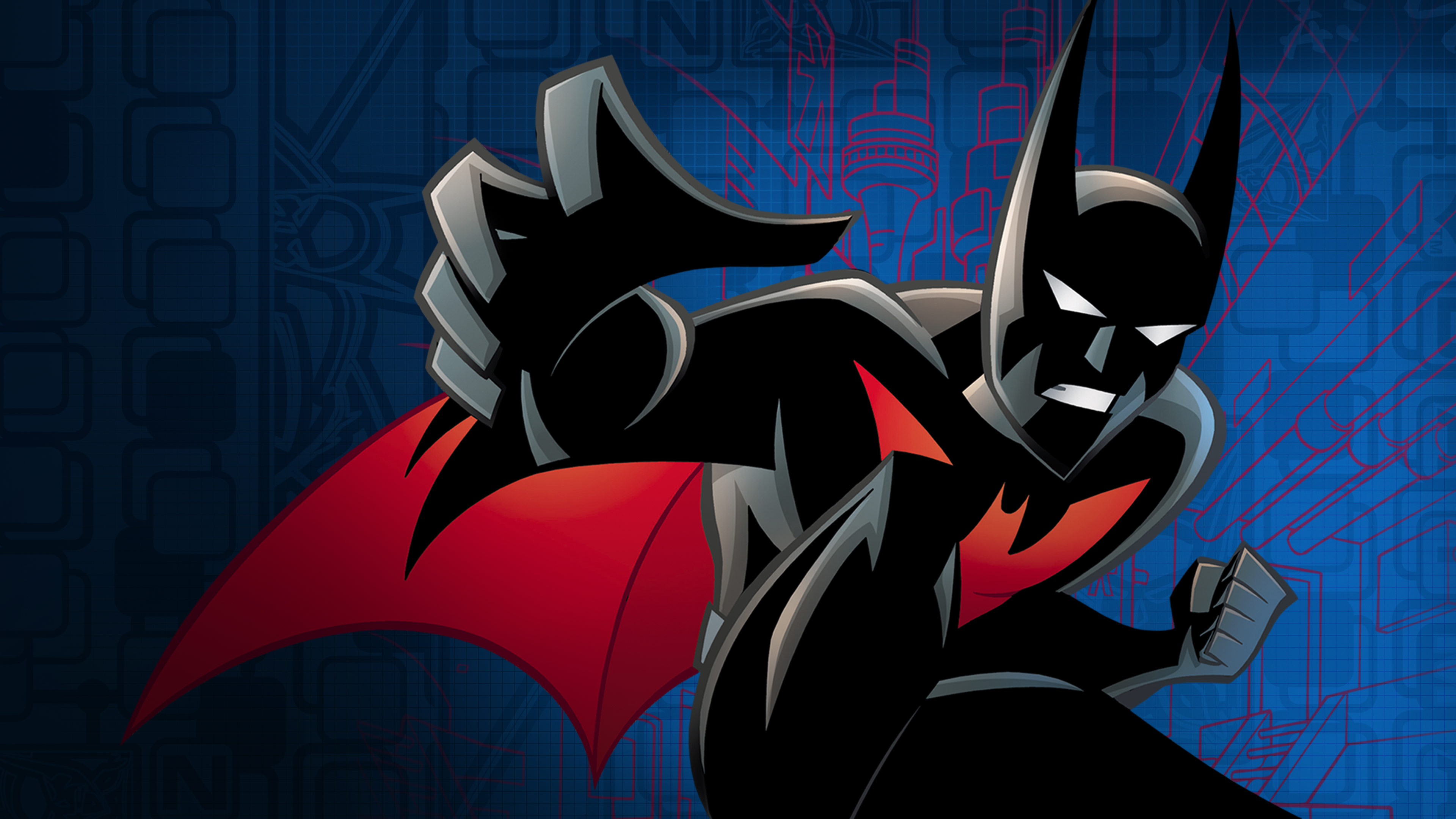 10 Totally Schway Episodes of BATMAN BEYOND Seasons 2 and 3

Got the winter blues and looking for something fun to do? Batman Beyond season 2 and season 3 have been remastered in glorious HD, with all the episodes ready to stream right here on DC Universe. People always said the future looks bright, but it looks even better in 1080p. All of the episodes are pretty schway, making it easy to get lost in a weekend binge. But if you only have time to watch 10, here are our recommendations… 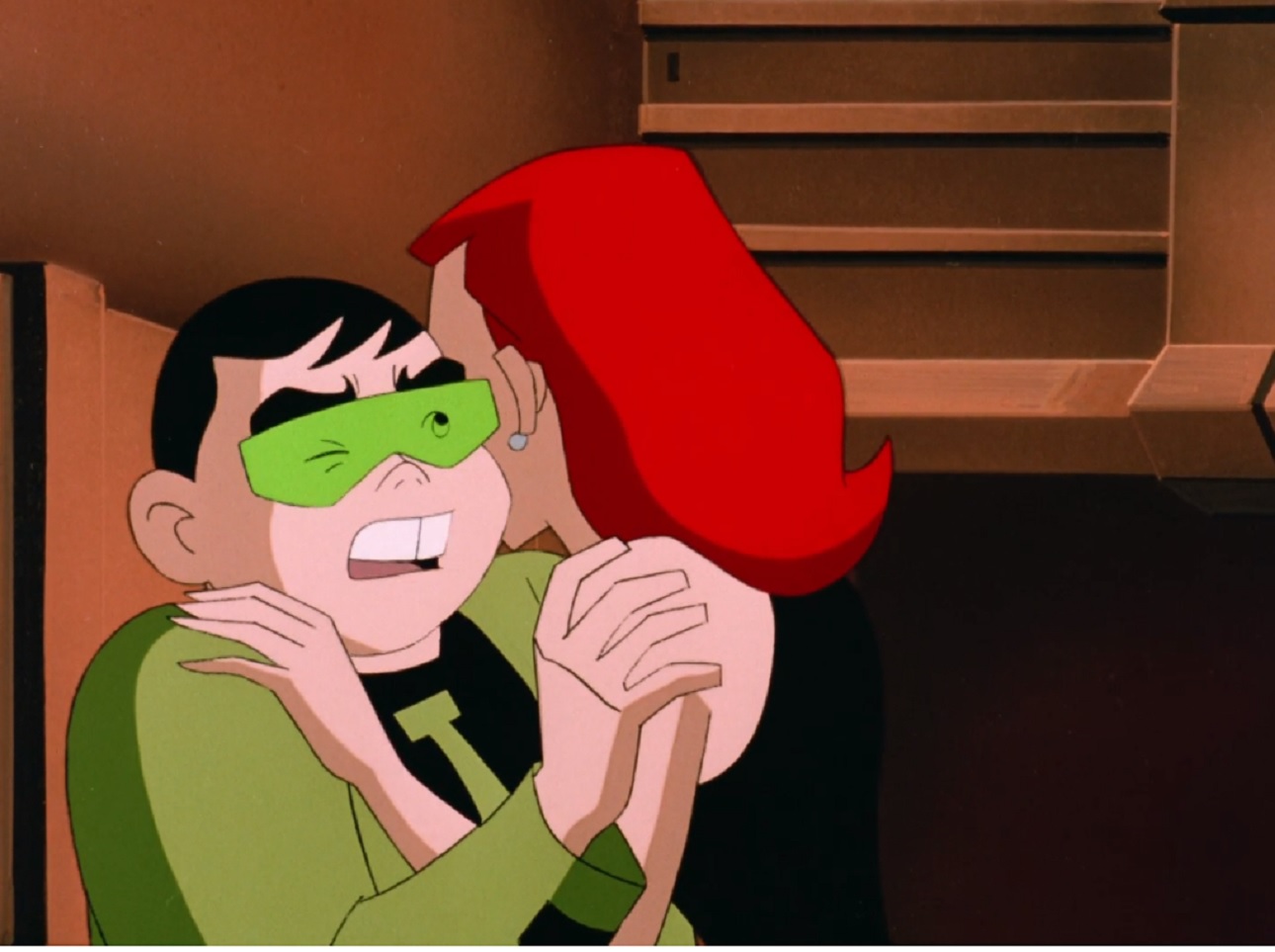 The Plot: Terry’s nerdy friend Howard longs for popularity, and soon finds his luck changing when he purchases an android girlfriend. Howard’s new beau helps endear him to his classmates, but the “perfect” girlfriend has a jealous streak, which soon proves problematic.

Notable Scene: Howard’s happy ending is cut short when his parents return from their vacation, and are horrified to see their house blown up. 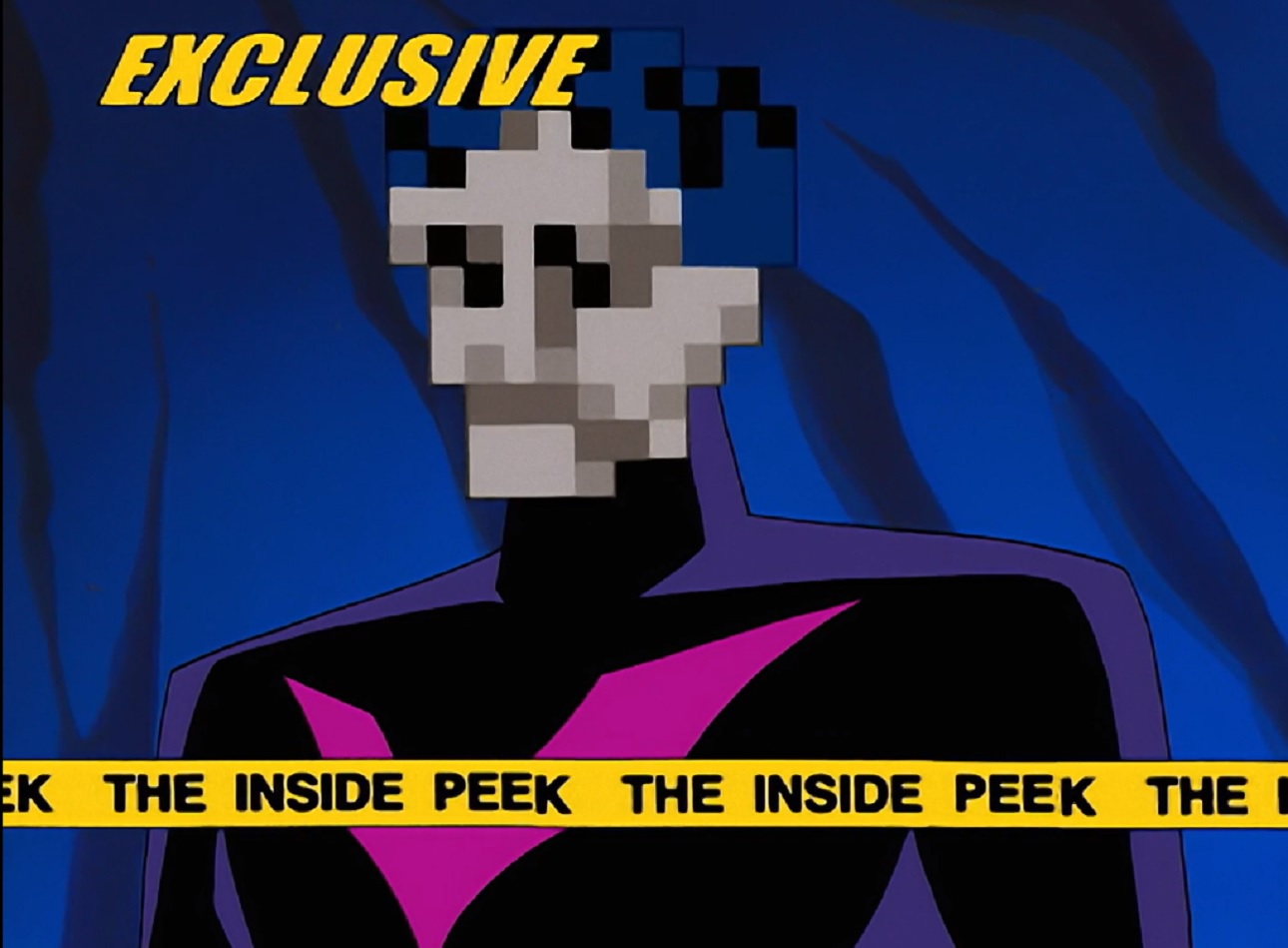 The Plot: A gossip television host named Ian Peek steals technology that allows him to phase through solid objects. Using this ability, Peek gets a series of scoops for his television show, including the secret identity of Batman!

Notable Scene: Terry reveals his double identity to his mother and brother, who laugh off his confession dismissively.

Trivia: The boxer seen in one of Peek’s news reports reuses a character design from one of Clayface’s disguises in the New Batman Adventures episode “Growing Pains.” 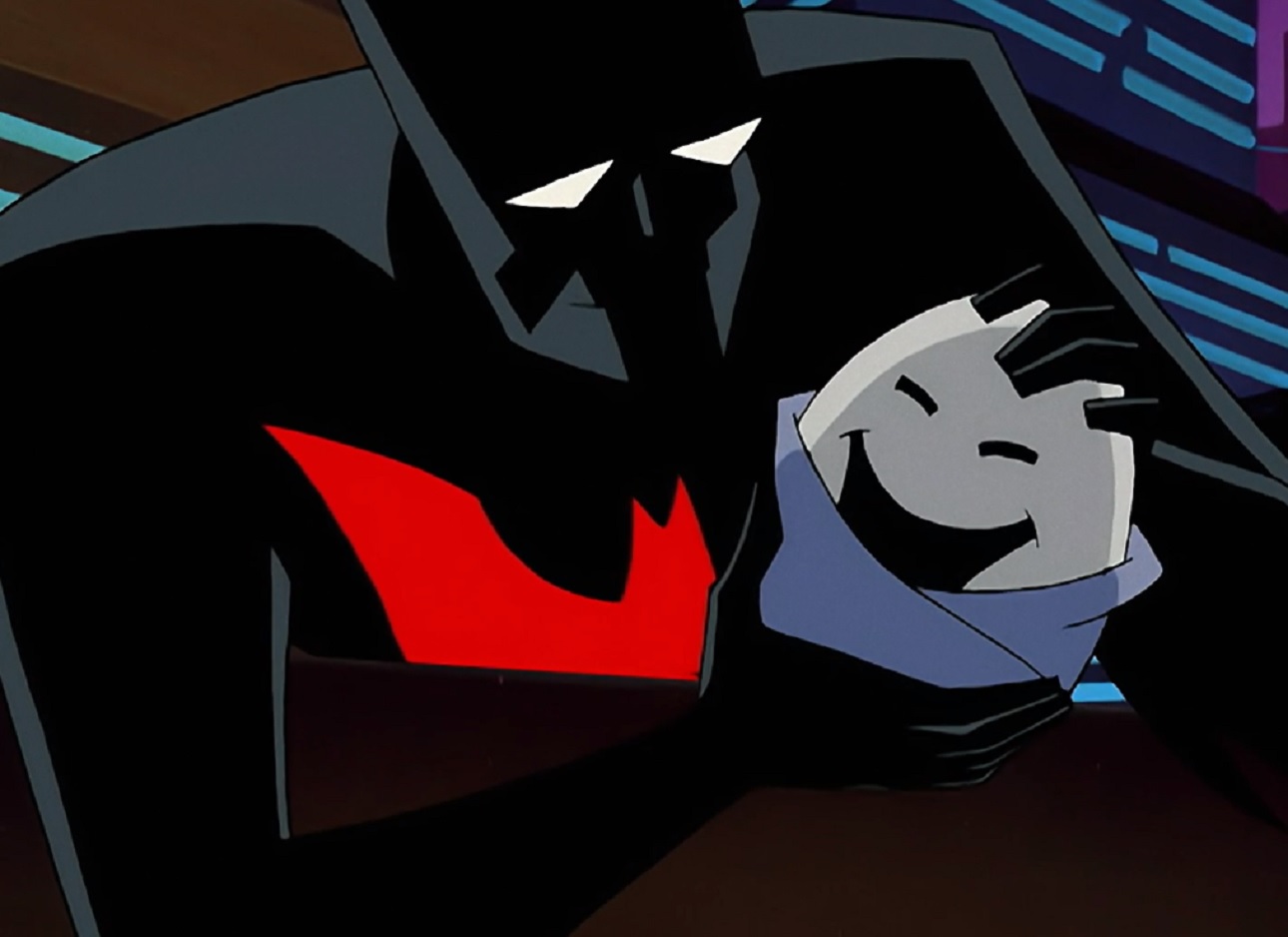 The Plot: Ma Mayhem and her boys are going on a crime spree, and it’s up to Terry to stop them. Unfortunately Terry has an important home economics assignment – taking care of an eggbaby. With no alternatives available, Terry is forced to take the eggbaby with him as he tackles Ma Mayhem.

Notable Scene: Bruce’s perplexed reaction when he realizes that Terry has brought the eggbaby on patrol is one of the series most comical moments.

Trivia: This was the first episode directed by James Tucker, who is currently leading DC’s original animated movies line.

“Sentries of the Last Cosmos” 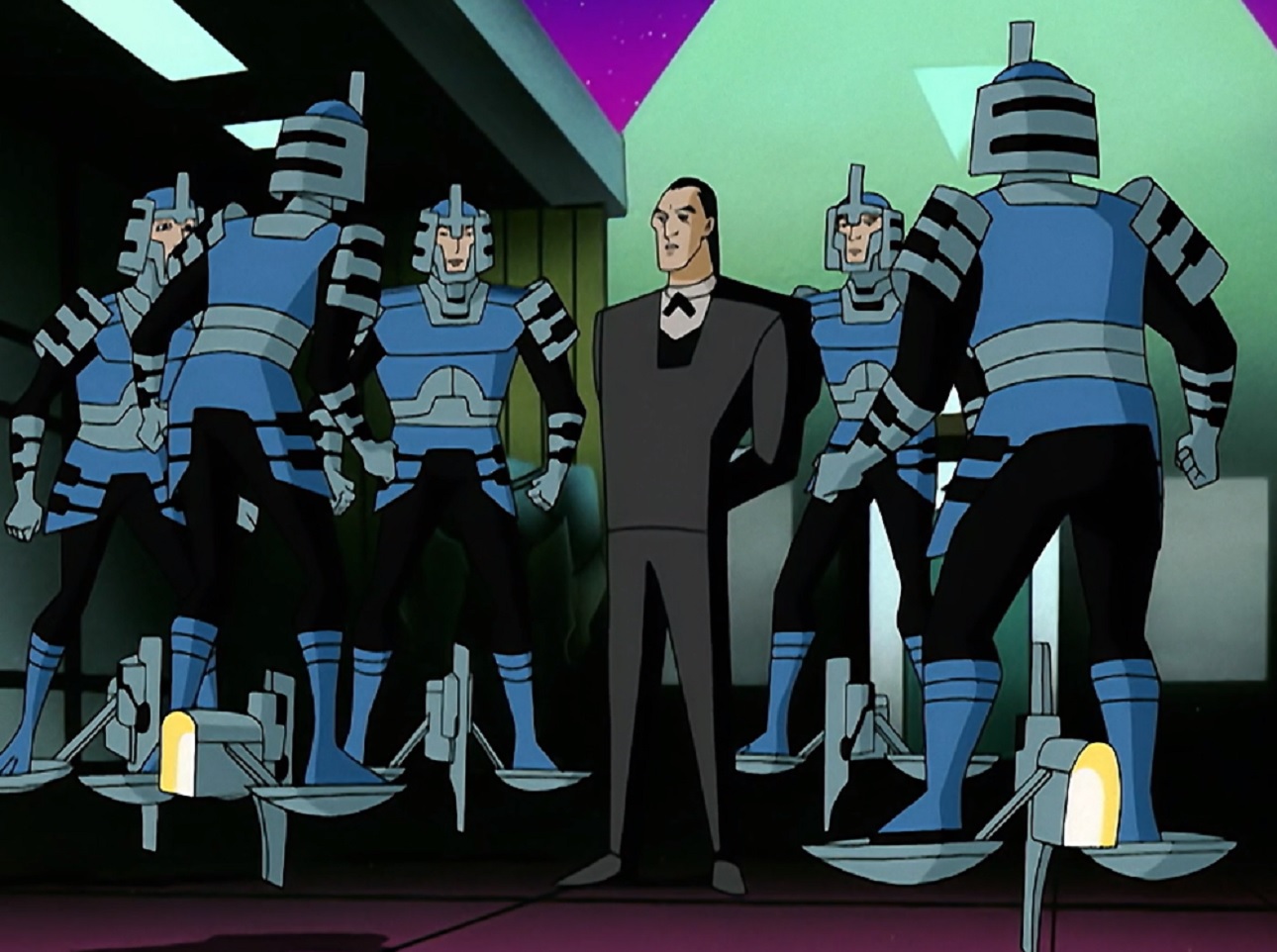 The Plot: Simon Harper, creator of the successful “Sentries of the Last Cosmos” VR game, recruits a team of obsessed teenagers, telling them the conflict in his science fiction game is real. The teens are given armor and weaponry mimicking the gaming franchise, and are sent out to commit a series of crimes. Can Batman bring them back to their senses?

Notable Scene: The gamers meeting their idol Simon Harper. Sure he was a bad guy, but anyone who has participated in a fandom can relate to what they were feeling in that moment.

Trivia: One of the explosions reuses animation from the Superman: The Animated Series episode “The Way of all Flesh.” 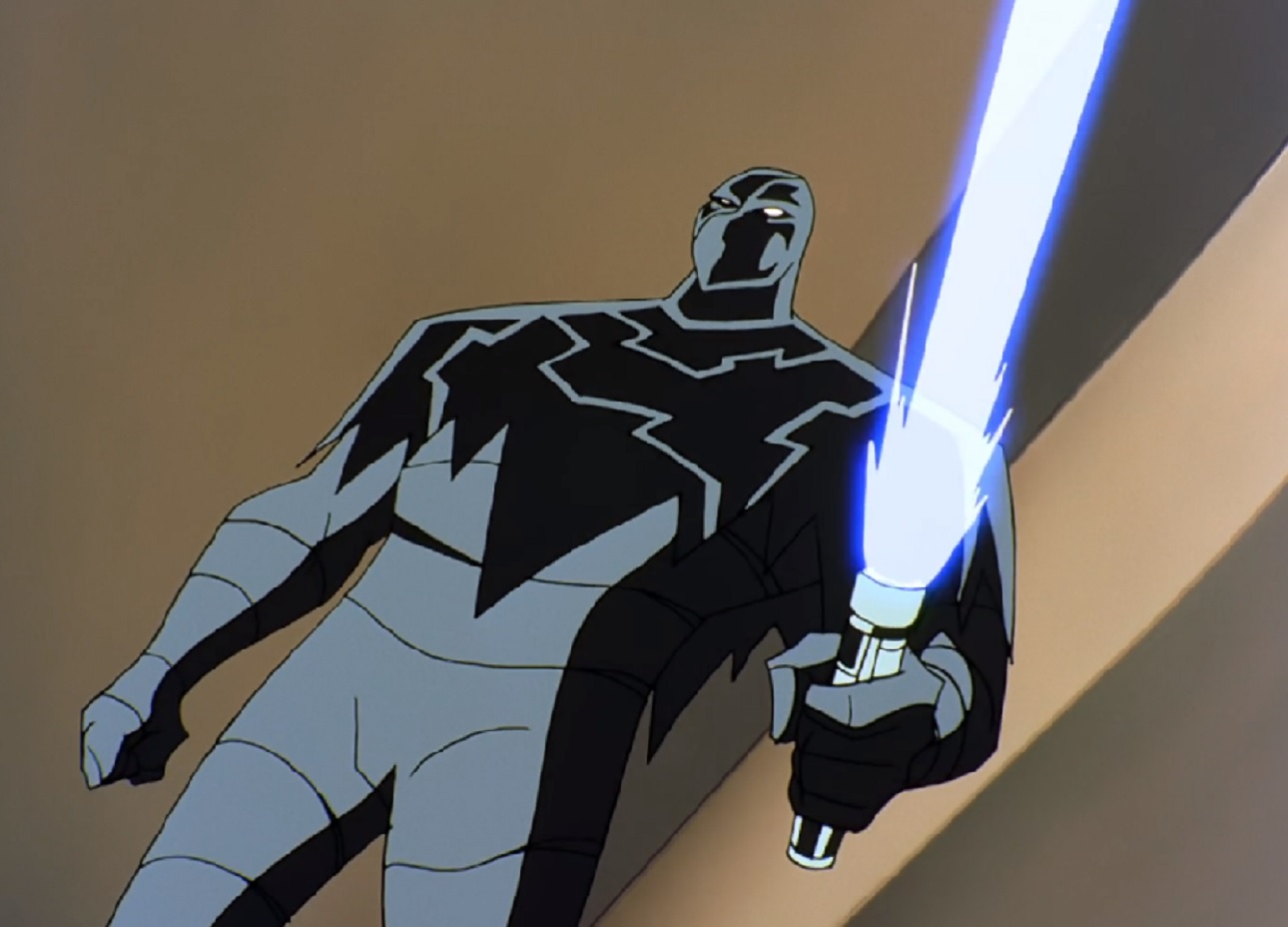 The Plot: A mysterious villain named Payback begins attacking people, and Batman learns everyone he’s targeted has upset a teenager in one way or another. Terry goes undercover at a teenage counseling center, hoping to smoke Payback out, and the villain decides to make Bruce Wayne his next target.

Notable Scene: The final moments of the episode contain a hilarious exchange between Terry and Bruce, where Bruce asks Terry to confirm he was faking his grievances for the sake of the therapist. Bruce uncharacteristically loses his composure when Terry doesn’t answer.

Trivia: Howard Lewis and Payback are both voiced by Bill Fagerbakke, which serves as a casting red herring for the villain’s true identity. 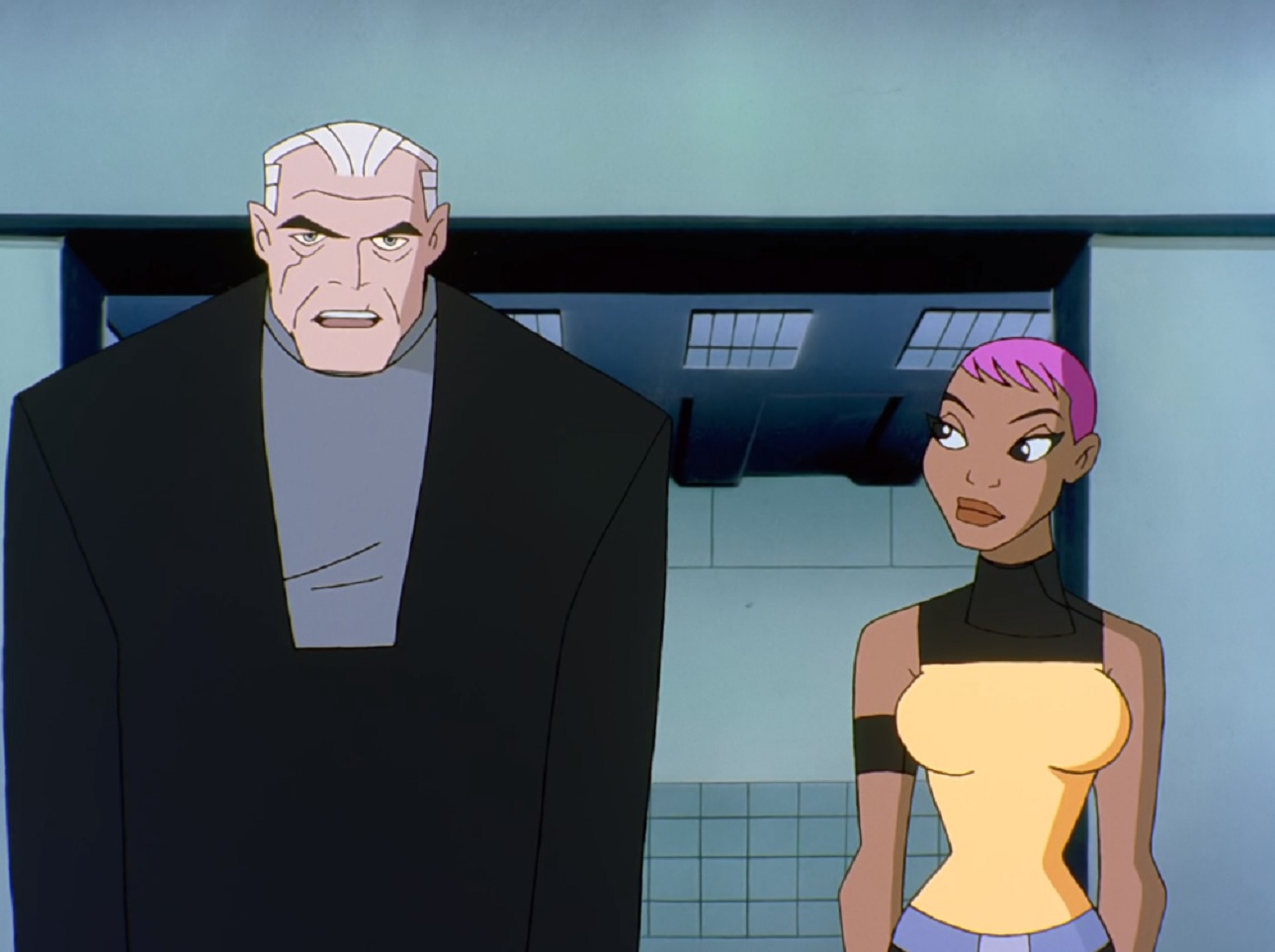 The Plot: Terry trails a suspicious character through a subway tunnel, but gets trapped after the villain Shriek causes a cave-in. Unable to locate is protégé, Bruce Wayne recruits Terry’s confidant Max and an awkward team-up ensues.

Notable Scene: Bruce Wayne ditches Max by tricking her into getting caught by the police.

Trivia: Despite dating throughout the entire series run, this is the only episode where Terry and Dana share an onscreen kiss. 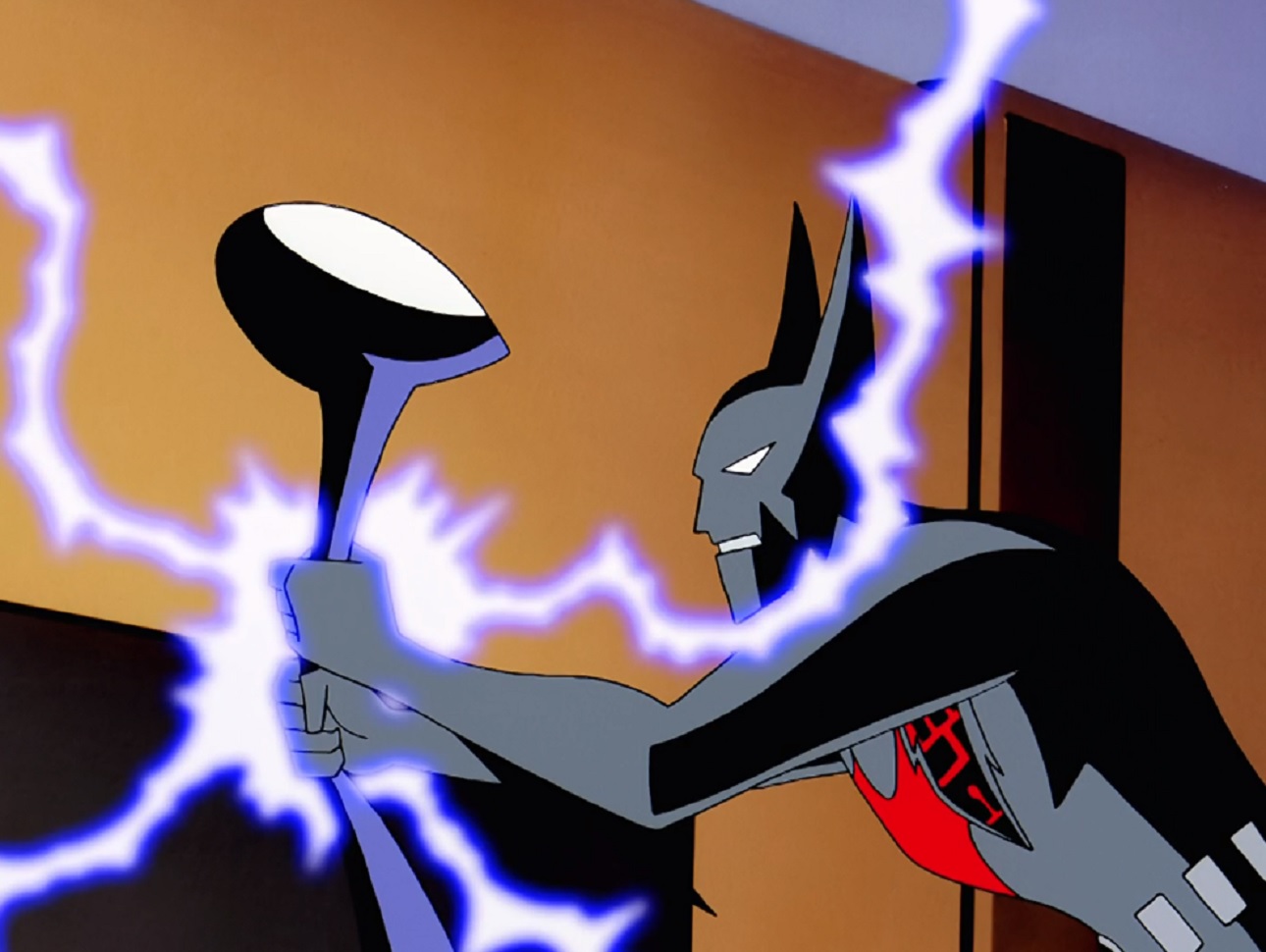 The Plot: A bankrupt shopaholic named Deanna Clay is shocked when her mother Inque shows up at her home begging for her help. Inque’s shapeshifting abilities have caused her biology to break down, and she needs her daughter’s help to stabilize her condition and get revenge on Batman.

Notable Scene: Deanna betraying Inque during the final battle is a shockingly cold-hearted moment. That was your mom Deanna, how could you?

Trivia: This is one of few episodes not to feature Bruce Wayne, although Dana remarks that Terry looks to Wayne as a father, unintentionally foreshadowing the reveal from the Justice League Unlimited episode “Epilogue.”

“Out of the Past” 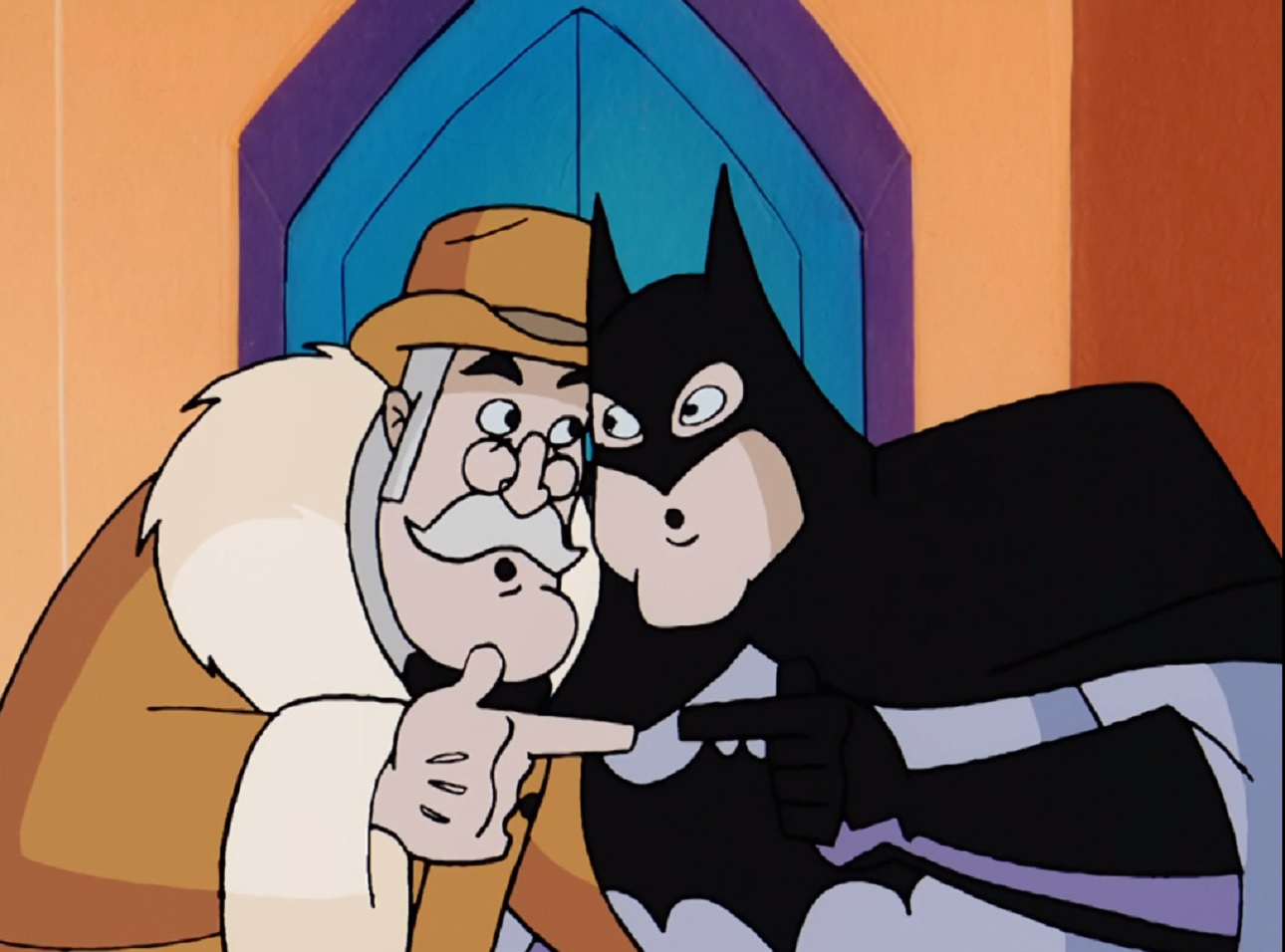 The Plot: It’s Bruce Wayne’s birthday, and his old flame Talia returns offering him a special gift – youth. The offer to be young again is tempting for Bruce, causing Terry to wonder if his days as Batman are numbered, but Talia has one more disturbing secret up her sleeve.

Notable Scene: During the first act of the episode, Terry takes Bruce to a musical theater production centered around Batman, and it’s hilariously awesome.

Trivia: The singing Batman in the musical is voiced by Kevin Conroy. If you ever wanted to hear the Dark Knight break into song, this episode is your chance. 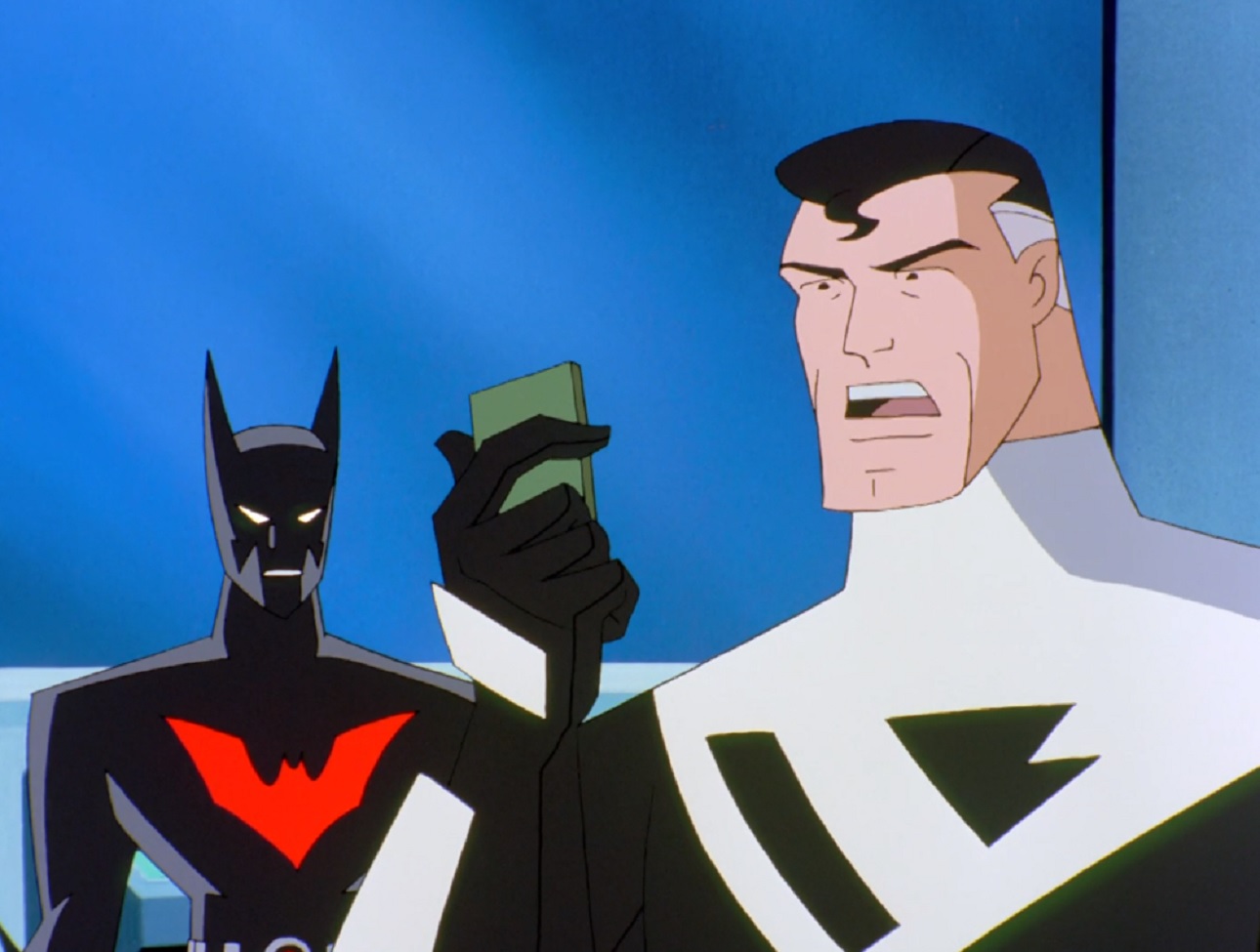 The Plot: Terry receives an invitation to join the Justice League. His joy is soon cut short when Superman confides that there’s a traitor on the team, and he wants Batman’s help in smoking them out.

Notable Scene: Terry’s fight against Superman during Part II is pure epicness. We’ve seen our fair share of Batman vs. Superman fights over the years, but not many that involve Terry.

Trivia: Aquagirl is voiced by Jodi Benson, who famously portrayed a different type of aqua-girl in Disney’s The Little Mermaid. 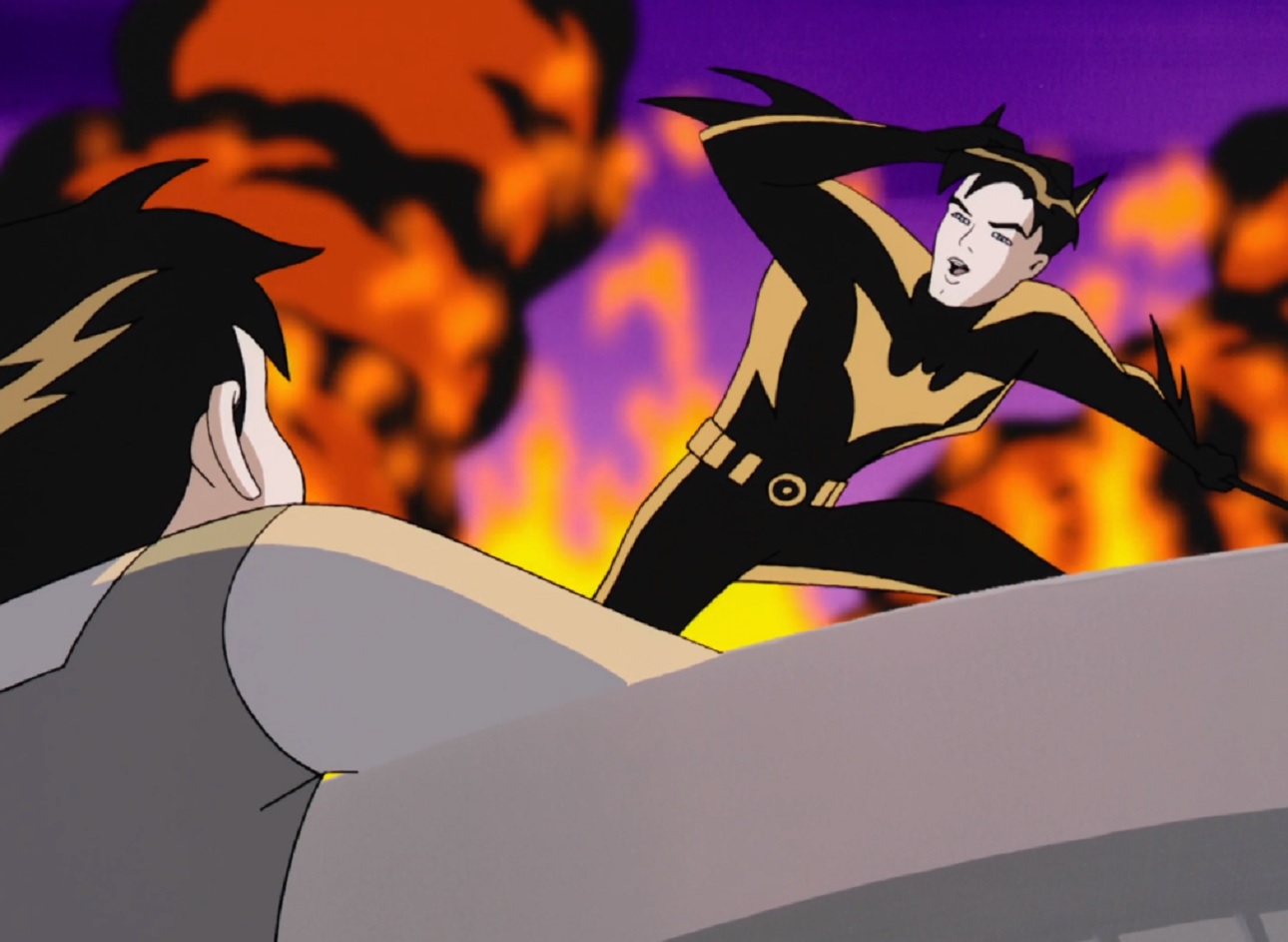 The Plot: When a young boy’s life is in danger, Terry removes his mask so the fearful child will accept his help. When members of the Kobra terrorist organization learn that the boy has seen Batman’s true face, the child becomes a target, and it’s up to Terry to save him and his secret identity.

Notable Scene: The moment where Terry risks his secret identity to save the boy’s life is one of the sweetest moments of the series, and reminds fans that Batman is about more than darkness.

Trivia: This was the final episode of the series, and it premiered on Cartoon Network instead of Kids WB, where the rest of the series had its first run.

What’s your favorite BATMAN BEYOND episode? Let us know in our Community!