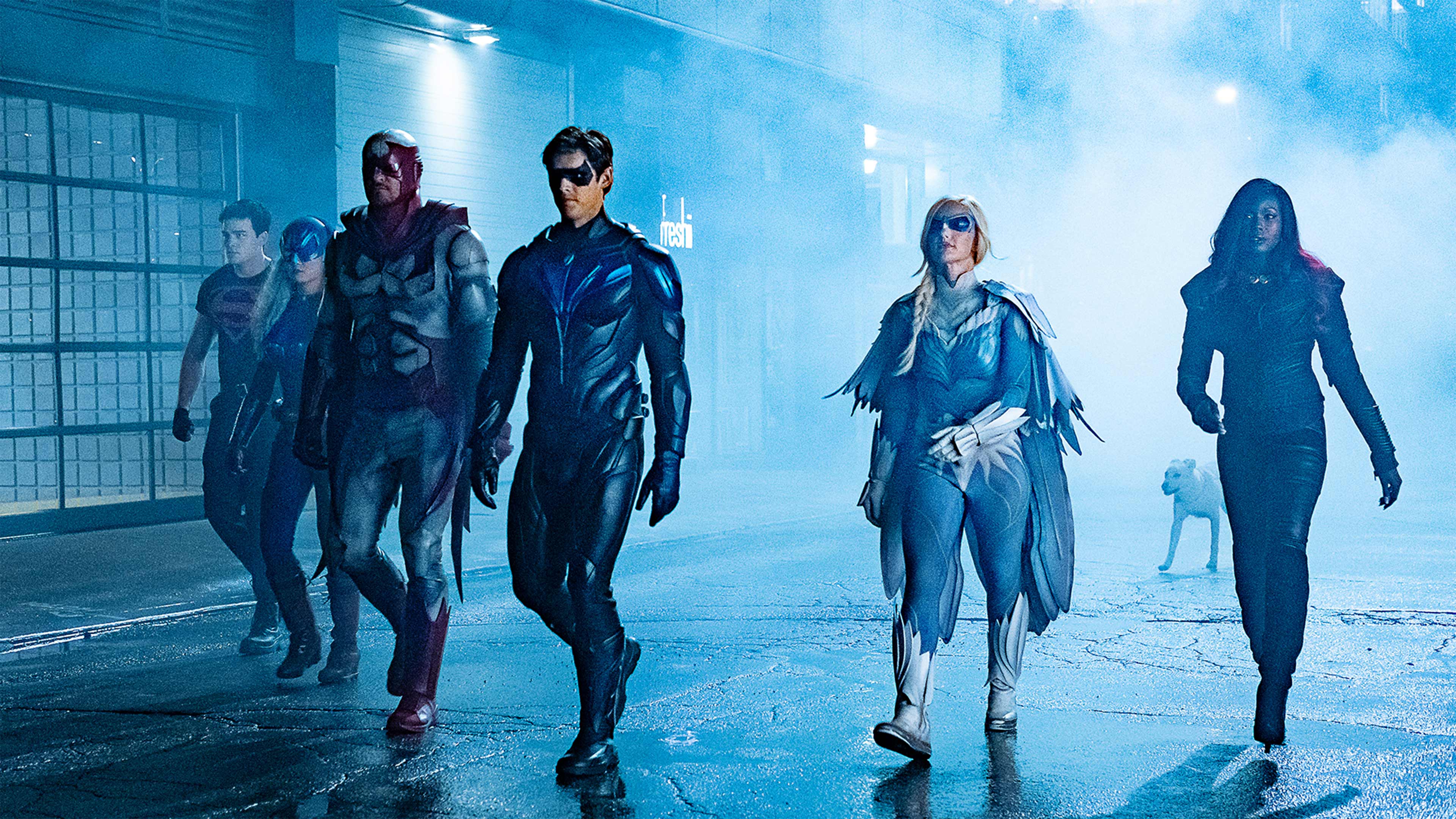 The 10 Greatest Moments from TITANS Season 2

Now that Titans season 2 has come to a close, can we just sit back and appreciate how epic it was? This season was filled with awesome new characters, breathtaking battles, and some exciting twists. We can’t wait until season 3 premieres this fall, and we’ll be spending the hiatus digesting all the amazing moments from season 2. In the meantime, here are our top 10 moments from Titans season 2.

After the cliffhanger ending for Titans season 1, fans wondered if season 2 was really going to “go there” and do their own version of the “Terror of Trigon” storyline. Turns out that's just what the season 2 premiere “Trigon” did. Trigon transformed from a well-dressed gentlemen to a giant demon, and the world around him began to deteriorate, just as it had in the comics. This show wasn’t going to beat around the bush or try to make the demonic daddy more “grounded” or “realistic,” they went right to the source material. The team faced nightmare scenarios which wound up corrupting them, bringing one of the most memorable sequences from the Marv Wolfman/George Perez run to life. Not a bad way to kick off a new season. 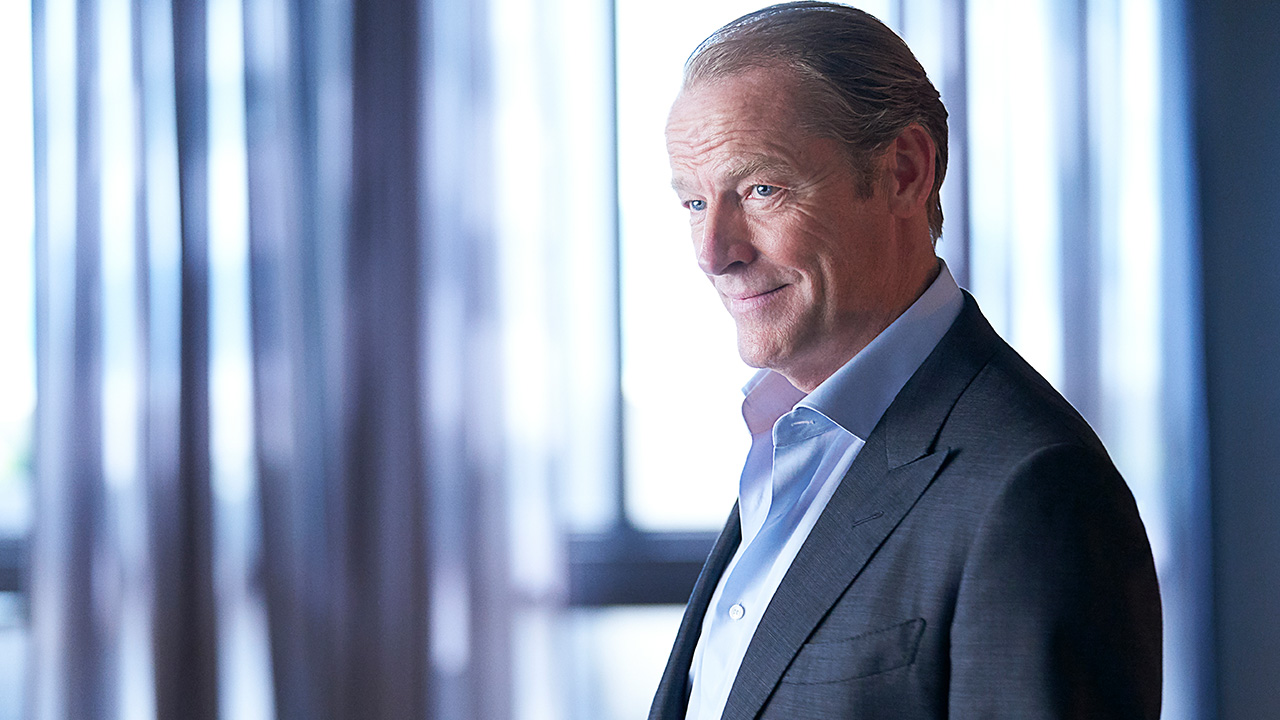 Let’s face it, Dick spent much of season 1 obsessing over his fractured relationship with Bruce Wayne. Remember the “F**k Batman” moment? Our boy Grayson was in desperate need of closure, and he finally got it in the season 2 premiere. After defeating Trigon, Dick journeyed to Wayne Manor and finally talked things out with his former mentor. It was a great way to close the book on the past, and we finally got to meet Bruce Wayne, brilliantly played by Iain Glen. 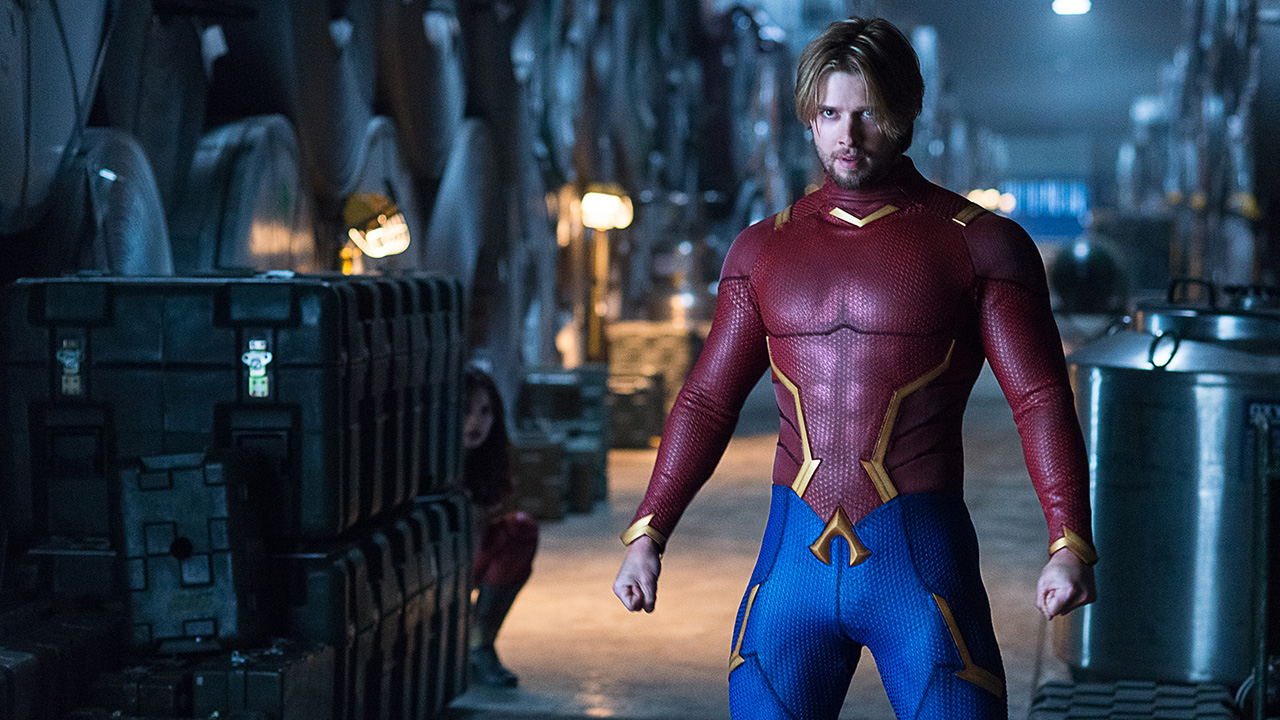 The episode “Aqualad” flashed back to the first group of Titans, and introduced Garth, a member of the original team who stole Donna’s heart. We know Jason Momoa is all the rage with his beefcake portrayal of Aquaman, but Drew Van Acker proved that Aqualad is no slouch in the sexiness department. Maybe Atlantis has something in the water? It was great seeing Garth fight side by side with the team, and tragic to see him die in Donna’s arms after being shot by Deathstroke.

THE GOODEST BOY OF ALL 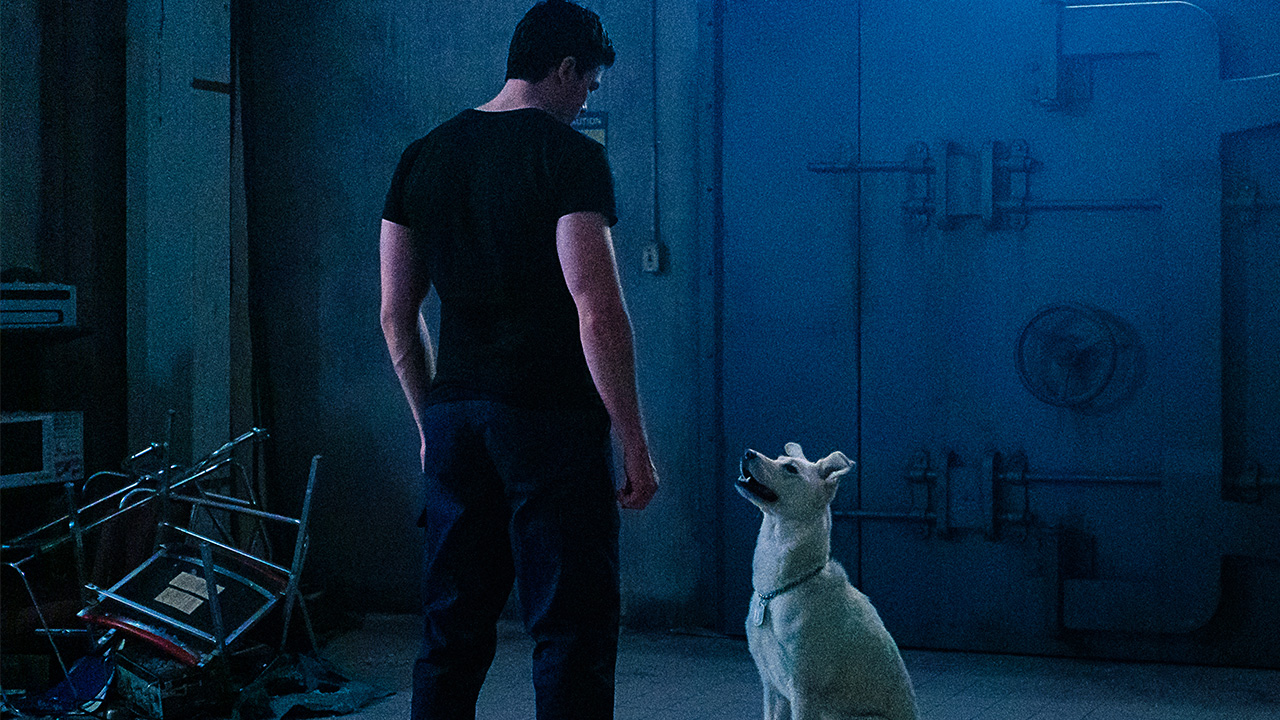 The episode “Conner” was Superboy’s first full appearance on the show (after a cameo last season), but we all know who really stole the show – Krypto! After Conner rescued the superdog from Cadmus Labs, the loyal canine stayed by his best friend’s side and helped him navigate a scary new world. He even helped Conner fight off the Cadmus troops that ambushed them in Smallville. Do you know why? Because Krypto is a good boy, and he won’t hesitate to end you if you try to harm his friends. 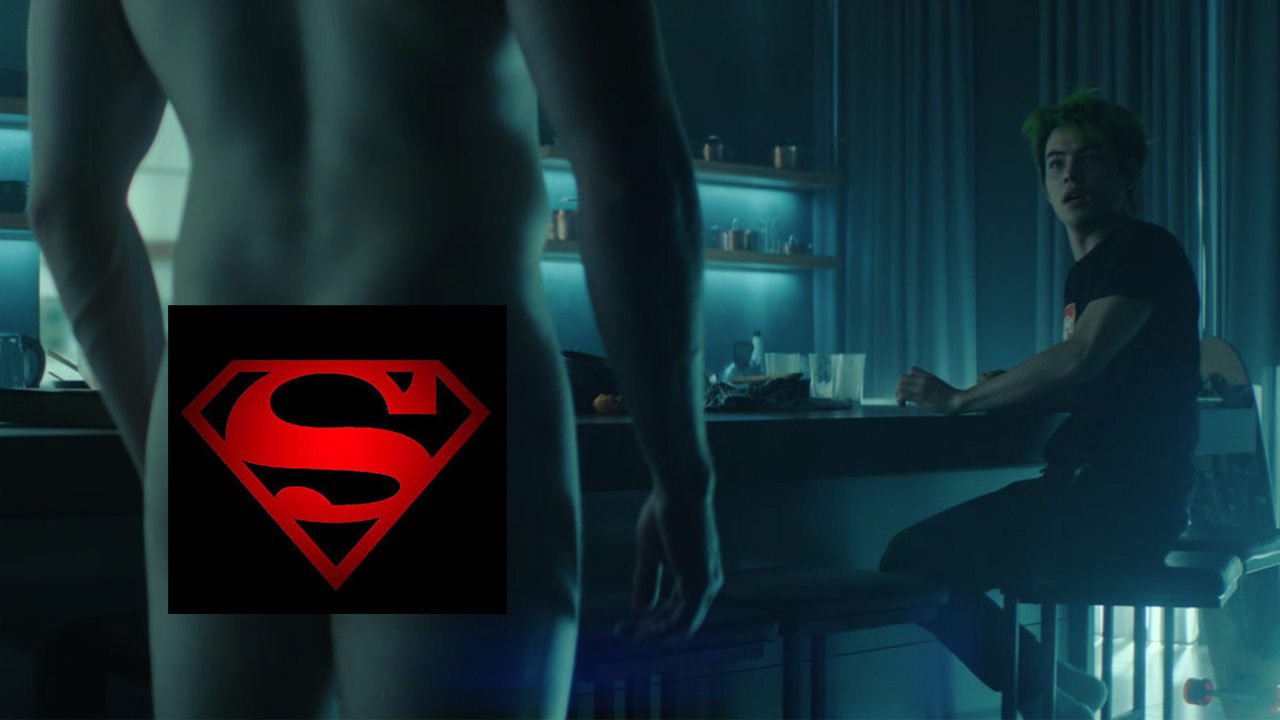 Yeah, we pay attention to your comments in our Community (and Twitter and Reddit), and we know you all love the super-booty. Conner showed off his superbutt in “Conner” as he walked out of Cadmus Labs, again in “Bruce Wayne” after Kory burned off his clothes, and once more for good measure in “Atonement” when he woke up from his coma. Nightwing’s butt has always been a hot topic of conversation, but after seeing everyone's remarks online it now appears to have some fierce competition. Are you ready for Nightwing v. Superboy: Cheeks of Justice? 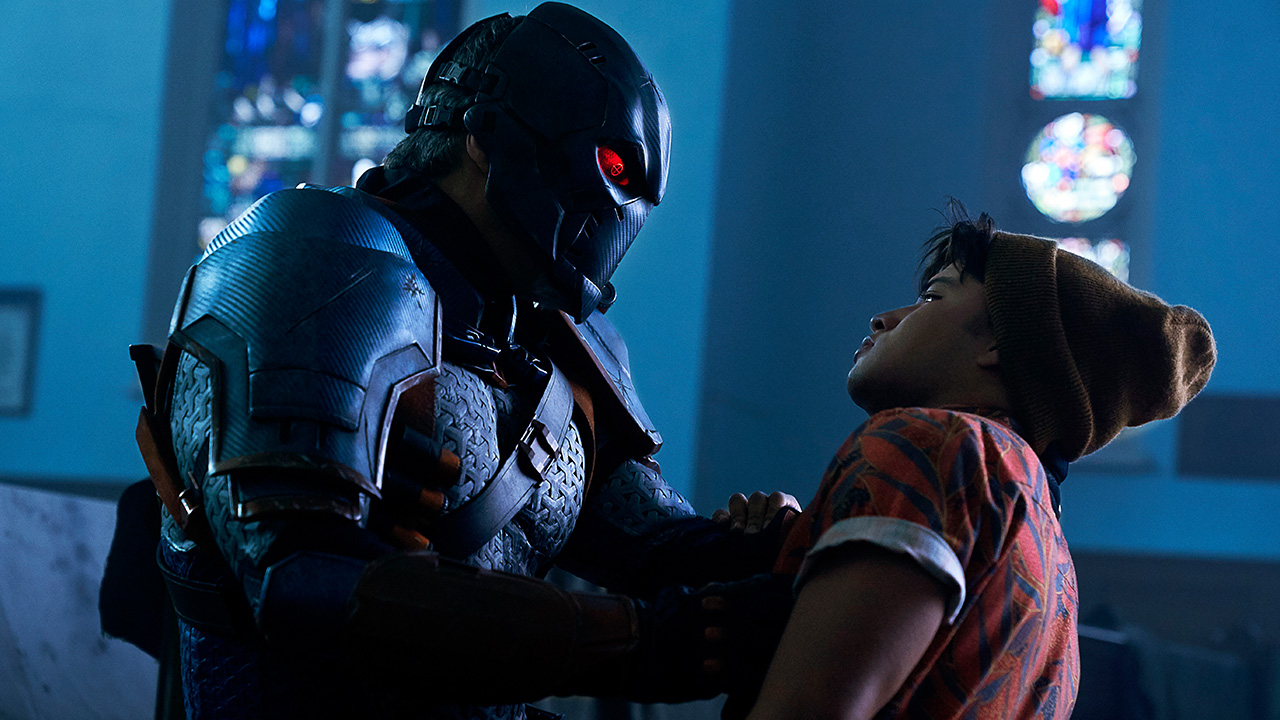 The episode “Jericho” revealed the heartbreaking reason Slade Wilson hates the Titans. After Deathstroke killed Aqualad, the Titans befriended Slade’s son Jericho in the hope he could give them intel on his father. The Titans, as well as fans, were quickly charmed by Jericho, who was played beautifully by Chella Man. Which made things even more heartbreaking when the character got caught in the crossfire of his father’s battle with Dick Grayson. Slade had drawn his blade and was about to strike Dick down, when Jericho jumped in the way to save his new friend. We later learned that Jericho survived by using his body-jumping powers to enter his father, but the sacrifice was still one of the season's most powerful moments. 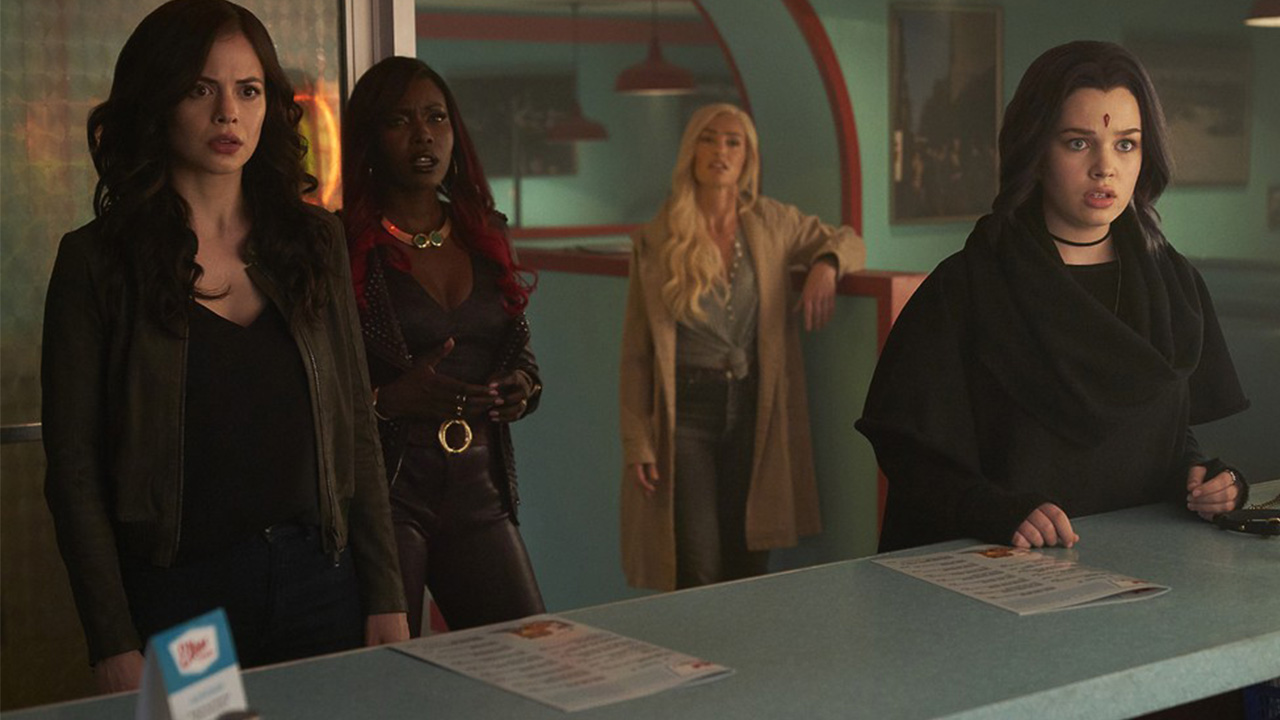 In the episode “E.L._.O” fans learned just how dangerous it is to get between Kory and her pastries. While doing some soul-searching about her next move, Kory saw a television commercial for Elko’s Diner that boasted of their tasty donuts. Kory’s curiosity and sweet tooth took control, and she drove to Elko’s in search of answers. as well as the appetizing pastries. When she arrived the waitress told Kory the diner didn’t do donuts, and that’s when Starfire’s fangs came out. Her sugar craving brought out the inner beast in Kory as she DEMANDED the waitress head to the kitchen and make her donuts from scratch. We’ve seen Kory fired up before, but this was something else! Let this serve as a lesson to all of us; don’t come between a Tamaranean and her donuts. 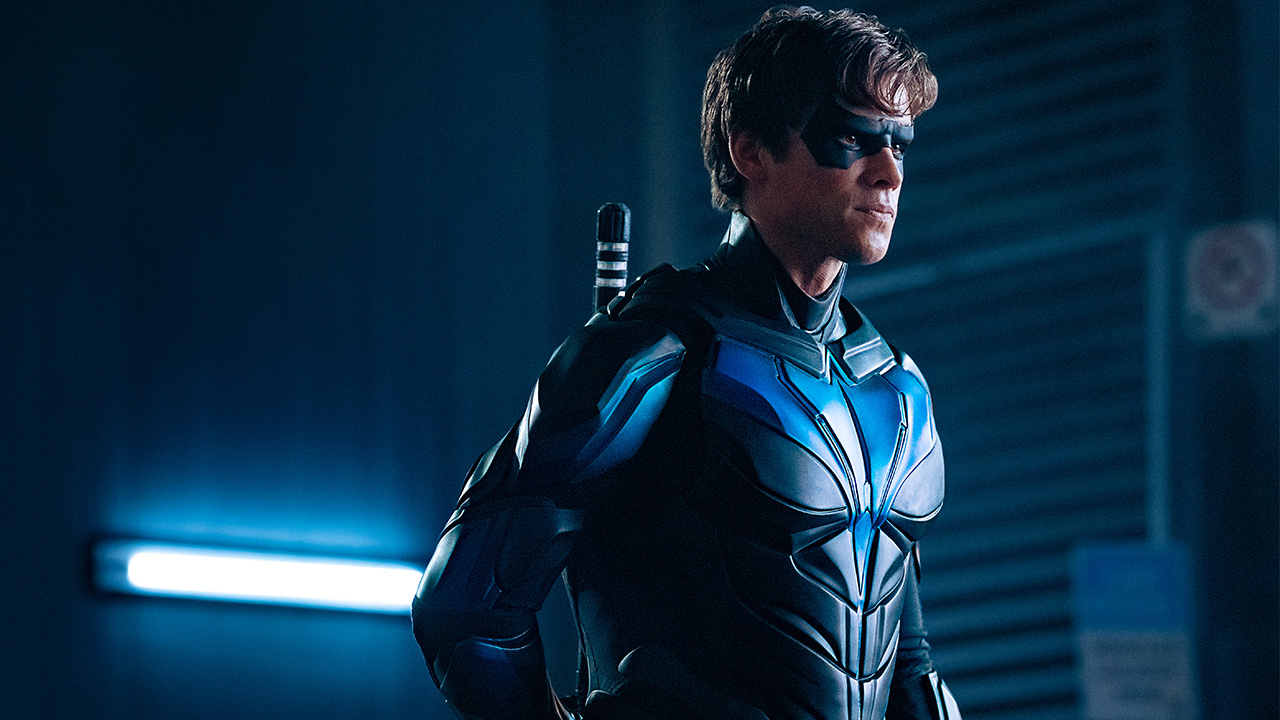 Ever since the first trailer for Titans dropped in 2018, fans have been asking “So, when is Dick Grayson going to become Nightwing?” After two seasons of speculation, and one burnt costume, the moment everyone had been waiting for finally came in the season finale, “Nightwing.” It was everything we dreamed it would be, with Dick’s Nightwing costume a direct translation from the comics. Dick looked good in the suit, and seeing him use his Escrima sticks against Deathstroke was everything we'd been hoping for since that first trailer in 2018. 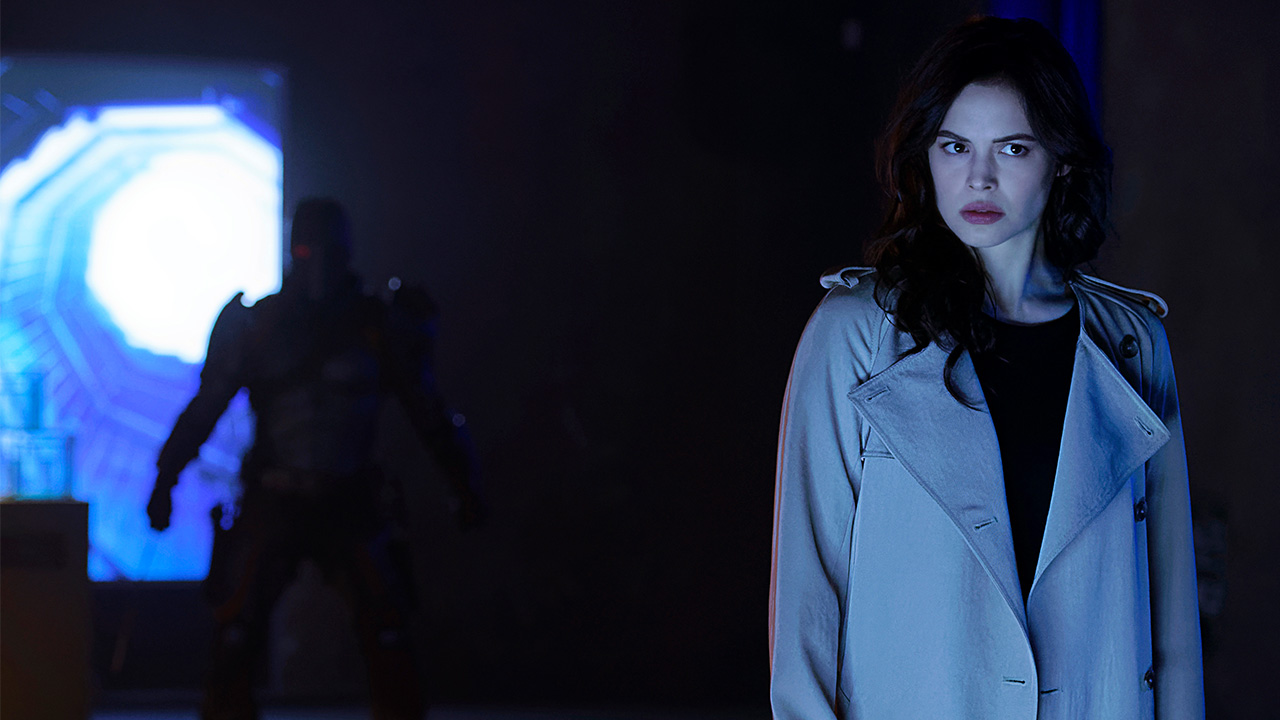 Titans season 2 was an emotional ride, and not everyone made it out alive. By the final act of the season finale it seemed like everything was going well. Jericho had been saved, Gar and Superboy were no longer brainwashed, and Mercy got slugged by Kory. But before the celebrations could begin, an unexpected tragedy occurred. An electrical pole fell, and Wonder Girl caught it, giving the nearby civilians enough time to escape. Remember, Donna was not born an Amazon, so the electricity wound up being too much for her. Her sacrifice was a reminder of what true heroism is, and how death can be unexpected and sudden.

The final scene of Titans season 2 reminded fans that although Cadmus and Deathstroke are no longer a threat, the team shouldn’t relax just yet. Somewhere far off from Titans Tower, a mother had just finished shopping for groceries when a mysterious object crawled into her ear. The minivan mom abandoned her children, threw a nearby pedestrian across the parking lot, and her face changed. Blackfire is now on Earth, and she’s gunning for her sister Starfire. It looks like Titans season 3 will have a sister rivalry unlike any we’ve seen before.

What are your predictions for Titans' third season? Let us know in our Community!